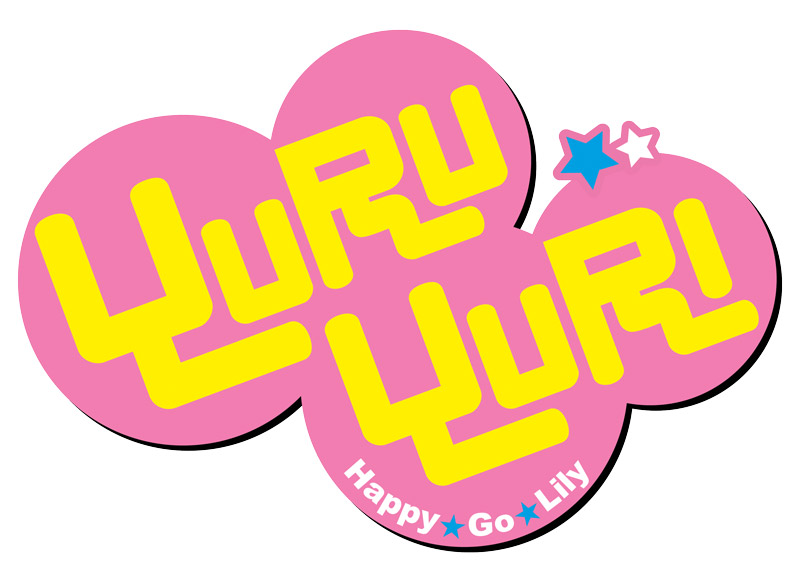 Based on the manga of the same name by Namori, Yuruyuri launched in Japan in 2011 and was later licensed by NIS America for North American release. The series follows a long list of successful slice-of-life shows, but does it bring something new and enjoyable to the table?

While it wasn’t adapted from a 4-koma, the gist of Yuruyuri is similar to Azumanga Daioh or Lucky Star: a group of school-aged girls hang out and do cute, silly things. Of course the series has a twist, shown right in the name: much of the humor is is based around yuri (hint: not the bald guy from Command and Conquer: Red Alert 2). Yuruyuri follows the members of the Nanamori Middle School Amusement Club, which was started by friends Kyoko and Yui and joined by Akari, who is one year their junior. Now, reunited in middle school, the trio take over the now-defunct Tea Ceremony Club’s room with the plan of just hanging out. Shortly thereafter, Akari’s classmate Chinatsu shows up to join the Tea Ceremony Club, but once she finds out the club doesn’t exist anymore, she joins the Amusement Club with the promise that she’s allowed to leave to restart the other club someday. The show’s story hits a lot of the high points of a school anime: celebrating Tanabata and Christmas, going to the beach, etc. But the girls also find themselves going to their version of Comiket and sometimes just relaxing while trying not to get on the student council’s bad side. 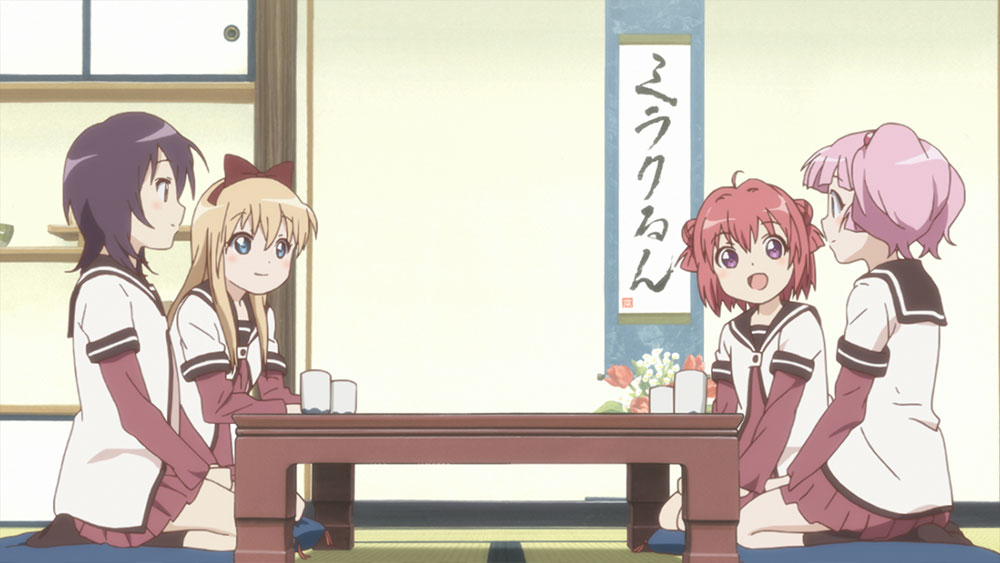 While the “plot” of the show is somewhat lacking, the characters are entertaining enough to make up for some of it. Especially early on, much of the plot movement follows Kyoko’s interest in Chinatsu (because she looks like Kyoko’s favorite anime character, Mirakurun) and Chinatsu’s interest in Yui (for more romantic reasons). Because of this dynamic, Akari gets somewhat shuffled off to the side, and her ability to “disappear” becomes a running joke throughout the rest of the series. Of course, the other girls blame it on her lack of a real, signature feature, even though she was “supposed to be” the protagonist. The show also integrates several members of the student council as recurring characters, each of whom have their own quirks, as well. While some of the characters’ schticks are merely suggestive, Kyoko does get kind of handsy, and Chizuru and her twin share something that can only be described as “yurivision”: when they remove their glasses, they enter a trance-like state where they imagine their schoolmates getting… romantically involved. If you don’t like that kind of humor, you’re not going to enjoy Yuruyuri, and even if you do, sometimes it comes back to this well a little too often. While not always tasteful, I do have to applaud the show for not getting completely crude with the jokes, which would be easy to do. Just don’t think about the fact that they’re all supposed to be middle school students… then it feels a little creepy.

As is standard for NIS America, the show features only Japanese dubs with English subtitles. You can tell that the translation staff had a little fun with the localization, but it’s nothing that breaks down the experience. The voice actors do a good job of carrying such a dialogue-heavy show; they manage to keep things expressive and amusing without over-acting. However, the background music isn’t nearly so memorable. While it keeps the show from having dead air when there’s no dialogue, it doesn’t have much more to offer. The opening (“Yuriyurarararayuruyuri Daijiken,” yeah, that’s the name) and ending (“Mai peisu de ikimashou”) songs, both sung by the voice cast, are at least quite catchy and cute, but still lack that wow factor. 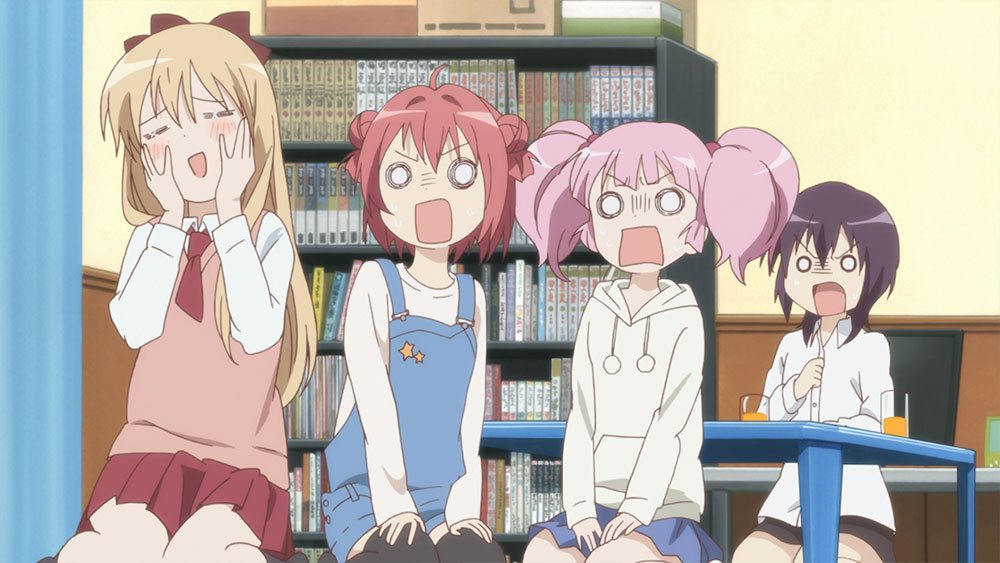 The show holds up better visually, and may be the best thing about the series. The character designs are very cutesy, which is right on target for the series, though a little more variation in the faces themselves would be nice.  The characters’ hairstyles, demeanor and range of expressions (and there are a lot of different expressions used) set each one apart, but when not emoting, the faces are awfully similar. Nonetheless, the animation itself is quite good, and Dogakobo’s talent does show through. The color pallet uses a lot of soft colors and pastels, avoiding colors that really pop, and the aesthetic works well for the show.

Overall, Yuruyuri is a fairly mediocre series with some good jokes mixed in. It’s cute and funny at times, but probably not a show anyone will find themselves watching over and over again. If you love the slice-of-life genre and enjoy this type of humor, it’s worth a watch, but otherwise, it’s not going to win over any new fans.