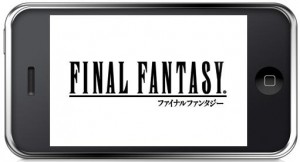 One thing is for sure, the Light Warriors have yet to shy away from an adventure…or a new platform. After appearing on the NES, MSX, Wonderswan Color, Gameboy Advance, Playstation 1, PSP, and Wii’s Virtual Console, you can now add the iPhone and iPod touch to the list. The original Final Fantasy is available now alongside Final Fantasy II from the App Store for $8.99 apiece. Both titles include the bonus dungeons that were included in their respective PSP remakes.