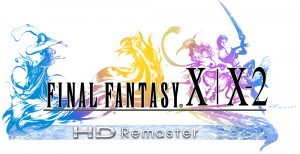 It’s not like we didn’t expect to hear this eventually, but it’s always nice to see something official to confirm our suspicions. Square Enix announced yesterday that they plan to bring those HD versions of Final Fantasy X and Final Fantasy X-2 to North America. The two games will release for the PS3 and PS Vita sometime this year, and the PS3 edition will contain both games on a single disc. However, if you want to play them on the Vita, it looks like you’ll have to buy two separate cartridges.

When they made the announcement, Square also showed off some screenshots displaying the updated graphics, which you can check out in the gallery below. The only ones available at the moment are for Final Fantasy X, but hopefully they’ll give us some for X-2 soon. We don’t have a release date yet, but if you want to learn more, head over to the official site for now. Stay tuned to The G.A.M.E.S. Blog for updates!