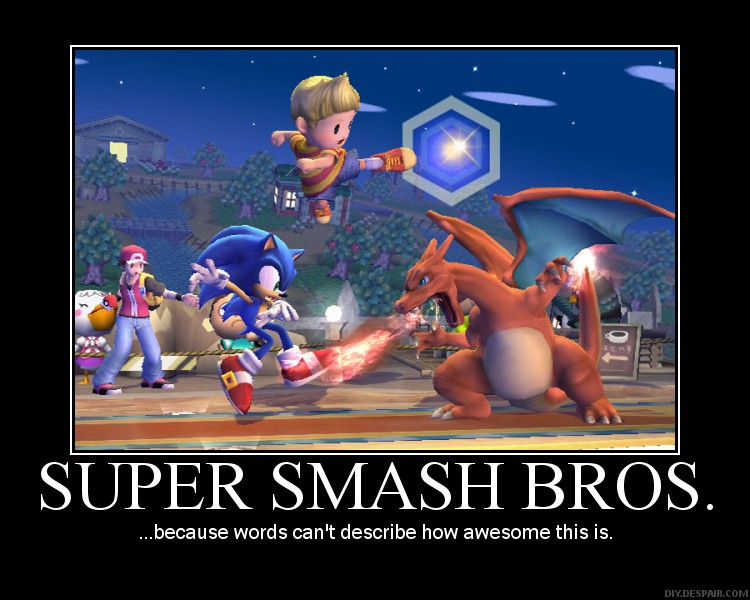 Toward the end of their E3 press conference last June, Nintendo made their fan-base drool with excitement when company president Satoru Iwata announced the next entry in the Super Smash Bros. series. This newest incarnation would be releasing on both the Wii U and the 3DS, and would feature some form of compatibility between the platforms. This was later revealed as a bit of a smokescreen, as no actual work had been undertaken on the game. A full year after that initial reveal, it was announced recently that Namco Bandai had been recruited as the game’s lead developer. With that news, there are currently, well, two things that we know about the game. Rather than be dissuaded by this, however we should welcome it as a opportunity to discuss all the new possibilities that could mark this new Smash Bros. as the series’ finest. Therefore, here is a list of things I feel are absolutely necessary for the next installment.

Let’s get the obvious out of the way first; up to this point, Super Smash Bros. has been a local-multiplayer game. The attempt in Brawl to bring its battles online was a tremendous failure. Matchmaking could take five to ten minutes before someone could be found, and lag proved to be a significant problem in every online match I played. It didn’t help that, in order to choose who you played with, you had to exchange the universally-reviled friend codes. This made it impossible to ever intentionally play with someone you didn’t know more than once. From this year’s E3 press conference, Nintendo seems committed to providing a more workable online system with the Wii U. Already, games like Mario Kart 7 and Kid Icarus: Uprising have managed to provide much more rewarding online systems then Brawl. Let’s hope that they extend this commitment to their flag-bearing multiplayer franchise.

First debuting in the previous game, Brawl, Level Creation allowed players to customize their own stages. Players could also upload and share their creations online, which was the only real positive online aspect to the title. When comparing the user-created levels to the official ones, however, the difference in polish was obvious. The official levels were mostly dynamic, with aspects and obstacles moving and changing throughout the match. Even the static stages had creative styles and backgrounds. With the level creator, however, there were three options for backgrounds, with corresponding palette swaps for the shapes provided. The most interesting stage I was able to make was a level consisting only of treadmills, which really only provided amusement for me as my friends cursed in frustration. With the Wii U providing a bit of extra horsepower, players should be given options rivaling what the developers use when creating official levels. Anyone who has looked at the offerings in the Portal 2 Perpetual Testing Initiative can testify to the amazing results of giving the public design freedom.

After wading through the various press releases and trailers from E3, it seems that most of the industry seems baffled by the variety of potential controls offered by the Wii U Gamepad. As always, it will fall upon Nintendo to offer ideas as to how to use their controller in novel ways. The potential use of the touch screen for level creation is obvious, as it would allow more creative obstacle and stage design. Another potential option actually was shown in the trailer for New Super Mario Bros. U, with a fifth player affecting the game world by adding blocks by tapping the touch screen. Imagine a Smash Bros. stage with traps that could be activated or controlled by a non-combatant watching as a spectator in an online lobby. This could actually encourage people to seek out online battles, as even downtime could be interactive. Of course, like Brawl before it, the option for control methods should be as open as possible, and the Wii U should be fully functional as a direct controller using the sticks, triggers and buttons.

When the original Super Smash Bros. game launched in 1999 on the Nintendo 64, the roster of playable characters was a paltry 12 fighters. However, this meant that each character felt and played noticeably different than the others. The exception to this was Luigi, which can be excused since Luigi has always been practically a clone of his more popular sibling in all of their games. The fighter roster greatly expanded when Melee released, maxing out at 25. Of those new characters, though, several felt as though they had only been created to hit a quota, since they had nearly identical movesets to other characters. These new fighters included Falco Lombardi, Young Link, Pichu, and Dr. Mario. Fire Emblem representatives Marth and Roy were practically the same character, aside from a difference in the sweet spot of their swords. The worst offender by far was Ganondorf, who completely ignored any of his potential moves from the actual Zelda games and was given a color swapped version of Captain Falcon’s moves. Brawl continued this trend, adding a second Fox clone in the form of Wolf, replacing Young Link with Toon Link, and debuting the Mother 3 character Lucas. Looking toward the future, I hope that Namco Bandai avoids recycling movesets between multiple characters. This isn’t to say that they should get rid of all the existing clones; I would love to have all of the past fighters return, just with unique moves that take advantage of their individual backgrounds. As far as new characters go, hopefully Namco Bandai can be creative when deciding who to add and how they should move. Speaking of new fighters…

In 2003, Namco released the second installment of their Soul Calibur franchise onto the Gamecube, Xbox, and Playstation 2. As a promotional stunt, they announced that each console would be receiving an exclusive fighter. The Playstation 2 version got Heihachi Mishima of Tekken fame, while Xbox users could play as comic book anti-hero Spawn. The Gamecube, however, received the most exciting exclusive character in the form of Link from The Legend of Zelda. His swordplay and diverse array of gadgets, such as bombs and boomerangs, made him a worthy and fun addition. Nine years later, its time for such a team-up to happen again, this time from the other perspective. Namco Bandai has a huge number of properties that could be tapped for the newest Smash Bros. The Soul Calibur franchise alone has dozen of potential characters who would make for interesting new combatants, from the swordsmen and women like Sophitia, Mitsurugi, and Siegfried to more unusual fighters like Ivy, Astaroth, and Voldo. The Tekken series has a similarly diverse range of hand to hand combatants that would be amazing to see facing off against Mario and company. In addition to fighters, Namco Bandai also has access to a number of properties that could make the transition. The Tales roleplaying games has any number of candy-colored fighters that could be used, and Monkey from Enslaved would make for a fun addition. Finally, and this is just a personal plea on my part, the main character from Dark Souls would be awesome to see going toe to toe with Link or Donkey Kong. At least give us a stage based on Dark Souls. Please?

Did I miss something criminally obvious, or did I perfectly sum up your every hope? Either way, please join the conversation in the comments below, and share your ideas and opinions with us.