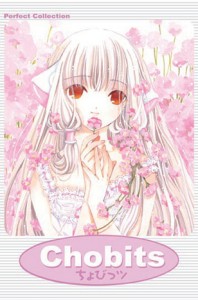 This weekend, FUNimation announced new anime licenses at Anime Boston and Sakura-Con. The licenses include three Eden of the East films, two of which have been released in Japan so far, as well as the Chobits and Spice and Wolf II TV series. None of the releases have been given specific dates yet, but Chobits and the Eden of the East films are scheduled for a 2011 release. No date has been given for Spice and Wolf II.

Chobits was originally licensed in North America by Geneon Entertainment; however, when they merged with Universal Pictures, Geneon relinquished the rights to their anime licenses. FUNimation has been the primary company to re-license those titles in North America.

In other Eden of the East news, FUNimation has gotten permission to use Oasis’ “Falling Down,” the original opening theme, in the North American release.