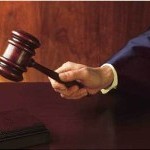 On March 18th, anime publisher FUNimation filed a dismissal of their piracy lawsuit that began in January. The lawsuit originally targeted 1,337 “John Doe”s who were suspected of pirating and distributing an episode of One Piece, which FUNimation has licensed.

Last month, a district court determined that FUNimation must file separate lawsuits for each Doe because there was no conspiracy or intent to act in concert during the suspected piracy. As a result, FUNimation removed plaintiffs 2 through 1,337 from the original filing.

FUNimation said in their most recent filing that they will reserve the right to refile the charges at a later date against the plaintiffs, presumably once they have more concrete information than simply an IP address. While no definite connection was made, the dismissal of the lawsuit may also be related to the recent evidence of the company using fansubs in-house.