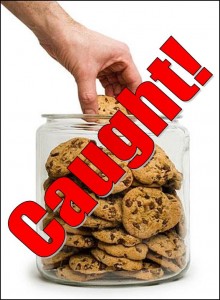 Redditer Deimorz has uncovered a spamming operation to push the stories of GamePro, G4TV, and VGChartz GamrFeed stories to the top page of Reddit.

Yeah, they’re not really very original when picking most of the account names. Most of these were found by looking through the submission lists for the three domains: GamePro / G4TV / GamrFeed. You’ll see the same names an awful lot. The spam for each domain started at a different time, but it was always initiated by MasterOfHyrule. GamePro was started first, about 11 months ago. G4TV came next, about 9 months ago. And GamrFeed most recently, about 4 months ago.

In the wake of Deimorz evidence the sites in question have all released statements on the incident.
G4TV has tried to brush it off as being the unintended consequence of giving a few games to a fan who pushed G4TV’s stories on his own.

Awhile back we discovered a poweruser on Digg submitting and digging our content, which we thought was great. So we started a relationship with him where he’d submit a story here and there and we’d send him random games.

GamePro admits to gaming the system but tries to brush it off and appease the masses with a Scooby Doo reference.

The reality of the situation is pretty straightforward – Reddit can be gamed, it was gamed by people on our behalf, and those people got busted. We take full responsibility for engaging those people. And yes, we’re apologizing because we got busted. Damn you. We’d have gotten away with it if it weren’t for you meddling kids. So give us the kicking we deserve, and we’ll look forward to seeing what the conspiracy theorists will come up with.

VGChartz GamrFeed is the only one that admitted that the “power user” in question was a professional spammer but still tried to wash themselves of responsibility with an argument from ignorance.

A few months ago we started working with a social networking specialist who was well-versed in Digg, Twitter, Facebook, and of course, Reddit. He knew how to use them well and increase our visibility in these communities. We eventually brought him on as a freelance Social Networking expert.

What we didn’t realize was the extent of his involvement with Reddit. We knew he had a few accounts to submit with, but had no idea it was 20 and he was using them all for upvotes and comments.

That said, since we were paying him, we are responsible for his actions in representing us. We are taking complete, 100% responsibility for the egregious actions and spamming done by this individual.

Finally we get to MasterOfHyrule (the spammer in question) and what he has to say about the situation. (Note: The account has been deleted but the statement is still viewable at the link.

Yea, it’s me the guy who pushed links to the hot list and want to announce I won’t be submitting links for those sites for a long time. I think even if I apologize it wouldn’t help the damage I may have caused but still am sorry. Just to let you know not all of them accounts are mine. Spambitch01 I think was just a reddit user that registered just to have fun attacking without using his real account because I don’t know him at all. Just don’t blame any of the sites, they did nothing wrong.

He goes on with a feel bad for me I’m really a victim here too story.  You and your employers will get no sympathy from me.   You tried to cheat the system and you got caught.  What was being done is not illegal but I would say it is unethical and it ruins the service that Reddit, Digg, and other aggregation communities are trying to provide.  If your stories can’t climb the ranks on their own merit you need to look at what your writing not trying to trick folks into following links to your site.