While debuting the (apparently invisible) PlayStation 4 to masses, Sony’s first priority was to explain its specifications, features, and peripherals. Certainly, the PS4 seems to be a powerful machine, with a greater streaming ability and social focus than any console that came before. However, as we all know, the best hardware in the world can’t help a lack of games. Therefore, Sony decided to put its money where its mouth was and show off the games that would be taking advantage of their shiny new spec sheets. While some of these showings were more comprehensive than others, it seems that the newest Sony console will not be hurting in the software department any time soon. Still, I couldn’t help but think about some games that were unusually absent, or that would have been truly surprising and exciting. Here is a few of the games that I wish had been unveiled at the PlayStation 4 press conference. 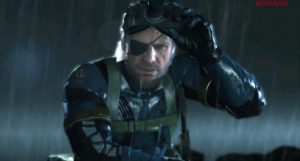 The Metal Gear Solid franchise has been a Sony staple ever since the original PlayStation. While Konami has brought some of the spin-offs and remakes to other consoles, the most recent entry in the main franchise, Metal Gear Solid 4, has remained a PlayStation 3 exclusive for almost five years now. Last year, a trailer was shown for the next game in the series, Ground Zeroes. This open-world game stars Big Boss, and seems made for a next-gen platform. In fact, the is the first game runs on Konami’s new FOX engine, which was first shown back in 2011. Its strange, then, that Sony had nothing to show from one of their biggest supporters for the PS4’s unveiling. It appears that fans will have to wait for a little bit longer for a look at Snake’s next adventure. 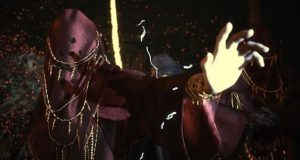 Fans of Role-Playing Games rejoiced as Square Enix director took the stage during the show. What would the company have to wow us? Would there be a new entry in the Final Fantasy franchise? Would Versus XIII make an appearance? Kingdom Hearts III? Expectations were running high as they dimmed the lights in the theater to show…..the same trailer that was at E3 last year. Well, all right; the Lumious Studio engine is very nice looking, and I’m can’t wait to see what games that take advantage of the new technology will look. What’s that? We need to wait until E3? Alright, now you’re just teasing us, Squeenix. Apparently all of their resources are tied up with picking through XIII‘s carcass and with expensive mobile games. Hopefully by June they’ll be more willing to show off what’s behind the curtain. 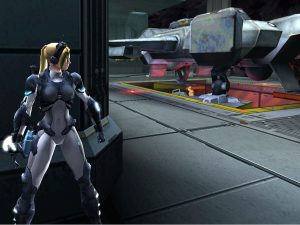 Probably the last company anyone ever expected to see at the reveal of a new console was the folks at Blizzard, makers of addictive PC games since 1994. While the news that their most recent release, Diablo III, was making the jump to PlayStation 3 and 4 came as a surprise, it was a bit of a let-down. Diablo III released last year with controversial DRM requirements and a lackluster endgame experience; it was therefore hard to generate a lot of enthusiasm for what seems like a simple console port. However, there is an interesting alternative that would have been quite the bombshell. Back in 2006, Blizzard canceled a high-profile console game after years of development and press. The stealth-action game, titled Starcraft: Ghost, was never heard from again, although the main character, Nova, was used in 2010’s Starcraft II. Ghost seems a perfect match for a console revival, one that might hopefully still happen, should enough interest be shown.

One of the biggest, and most pleasant, surprises of the last console generation was the success of Demon’s Souls. Defying the norm with punishing difficulty and unusual multiplayer options, it sold well enough that it was re-released under the “Greatest Hits” title. It’s successor, Dark Souls, continued this trend, selling almost a million and a half units worldwide. At the 2012 VGA’s, it was announced that Dark Souls was getting a sequel, creatively named Dark Souls II. For now, there is little known about this game, other than a 2013 release date, but given the popularity of the franchise, it would be in Namco Bandai’s best interest to get the series established on Sony’s newest console. They’d better hurry, as Capcom’s Deep Down seems to be “heavily borrowing” the style and setting.  Then again, the fact that “Like Demon’s Souls” seems to be a new genre makes me very happy. 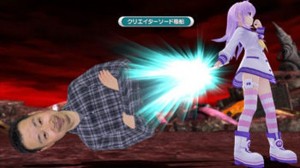 While the new Killzone showed off the PS4’s potential for guns, helicopter rope swings, and explosions, there was one thing it didn’t have: a Keiji Inafune beam sword. While never achieving mainstream popularity, Nippon Ichi Software has always had a dedicated niche following almost exclusively on Sony consoles. Series they’ve published, like Disgaea, Ar Tonelico, or Atelier are as bizarre as they are charming. For this press conference, specifically, it would have been fun to see the next iteration of the Hyperdimension Neptunia franchise. For a series that revolves around a personified console war, the introduction of a new console would be strangely appropriate. For a two-hour conference that often took itself way too seriously, some candy-colored anime intermission would have been a welcome change of pace. 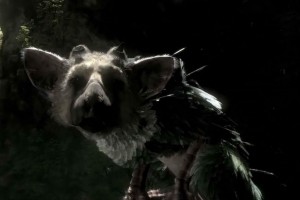 As I might have mentioned before, I’m a huge fan of Team Ico, and have been impatiently waiting for new updates of their third game, The Last Guardian. First shown in 2009, it promises to be their most ambitious, epic, and potentially heartbreaking game yet. However, numerous delays and the departure of several key team members have led to rampant rumors of cancellation. Sony continues to insist the game exists, but I need to see some video proof soon, before I completely lose faith. At the time of the press conference, I would have been happy if Sony had announced the game’s shift to the PS4, as long as it got released.  Sadly, The Last Guardian was nowhere to be seen, making it around the 1,000th event without the adorable cat, bird, ….monster, ……thing. Please, Sony; I NEED this one.

Have any games or franchises that you would have like to have seen at the conference? Let us know in the comments below.