Welcome to this week’s gaming news recaps! This week, there are viruses on the loose and a chilling new iOS update is on the way, so read on if you don’t want to miss out. 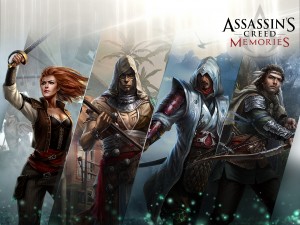 Assassin’s Creed Memories Invites Players To Travel Through Time
This week Ubisoft, Gree and PlayNext announced that Assassin’s Creed Memories, an all-new, free-to-play mobile game, will be coming soon to the iPhone, iPad and iPod Touch. The game will blend card battles with RPG and strategy elements and will introduce players to Abstergo Entertainment’s new mobile animus. Players will traverse history in order to build a powerful guild, recruit famous allies and defeat rival players. There will also be the opportunity to explore familiar time periods like Renaissance Italy and Colonial America, while exploring some new eras too.

Eiji Araki, Vice president of Social Games at Gree, Inc. said: “We’re thrilled to bring our expertise in mobile games to a renowned brand like Assassin’s Creed and to work with a company that has brought so much to the gaming world. The card battle genre is all about being able to evolve and grow great heroes and this franchise has created some of the most epic characters in gaming today.”

Assassin’s Creed Memories is in soft launch in limited territories and will be available worldwide later this summer.

Award Winner Selknam Defense Gets Steam Release Date
Meridian 4 and Bad Games have announced the Steam release of Selknam Defense, the award-winning tower defense game inspired by true events. The game takes players back almost 200 years ago to defend the Selknam people of South America against European colonization. Using archers, mages and other warriors, players will fight off waves of attack in the dense forest, the freezing tundra and the lands that the Selknam people call home. As they battle soldiers, pirates and other new-world foes, players will unlock powerful upgrades to customize their defense strategy.

“Selknam Defense is the ultimate tower defense/RTS challenge,” said Andy Sher, CEO of Meridian 4. “It challenges players to put their strategic defense skills towards altering the fate of a real people. We love this concept and know that players will too.” Selknam Defense will be avaible from the Steam store from July 26th, 2014.

You can visit the Selknam Defense Steam page here and check out the trailer here. 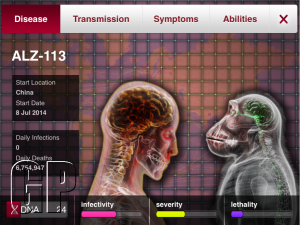 Dawn of the Planet of the Apes Themed Simian Flu Update Released For Plague Inc.
Ndemic Creations, who are in partnership with 20th Century Fox, have released the Simian Flu update to their hit mobile game, Plague Inc., which will allow players to interact with the world of the newly released Dawn of the Planet of the Apes movie. Players will be able to control communities of intelligent apes and infect humans, evolve the disease using ape-to-ape transmission and see one species rise as another one falls. As you master new gameplay mechanics and strategies to help apes become the dominant species on the planet, you will decide when your apes rampage against research labs, whilst moving them to avoid detection from military drones.

The creator of Plague Inc., James Vaughan said: “The Simian Flu update in Plague Inc. will show the world how awesome a movie/game partnership can be for players. Plague Inc. and Dawn of the Planet of the Apes fit together perfectly, and I cant wait for everyone to start infecting the world with their new genetically modified virus.” Plague Inc. is available for $0.99 on the App Store and for free on Google Play.
The update to Plague Inc. is out now on iOS, Android, PC and Mac. It will also be included in the future Xbox One edition. 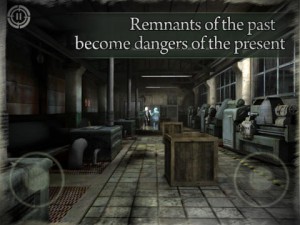 iOS Psychological Thriller Receives Chilling New Update
The next chapter of Chillingo and Black Wing Foundation’s psychological thriller, In Fear I Trust, is now available in the App Store for the iPhone and iPad. This latest instalment and third episode is entitled ‘Rust and Iron’ and delves deeper into the facility that players previously woke up in, and the unholy experiments taking place there. The new update includes new visuals, puzzles, and revelations about the nightmarish in-game world.

In Fear I Trust has also now been updated with iCloud support, which means your game save is on the Internet and not the perhaps at times unreliable device you are using. Thrill seekers can download ‘Rust and Iron’ for free via an update on the App Store. If you haven’t played before and want to check it out, you can purchase In Fear I Trust for $2.99 here. Whilst you’re there, why not check out the trailer too?

More Super Smash Bros. Characters Join the Roster
Nintendo and Team Sora announced this week via video stream that there will be even more characters joining the roster of the upcoming Super Smash Bros. for the Wii U and 3DS. New character additions will include Lucina and Robin from Fire Emblem: Awakening, and Captain Falcon is confirmed as returning to the series. With recent additions that include Pacman, Lady Palutena from Kid Icarus, and Mii fighters, the total number of playable fighters for the Super Smash Bros. game to 36.

Masahiro Sakurai, the creator of Super Smash Bros., has also revealed in a new post on Miiverse that their studio got in touch with Ubisoft for artwork, in order to include an in-game trophy of Rayman from his eponymous series. Ubisoft agreed to create the artwork for the game and have sent Team Sora a brand new 3D model rendered specially for the game. For more Super Smash Bros. news, check out the official website. The game will launch for the 3DS on October 3rd and in the holiday season for the Wii U.