Been too busy to keep up with gaming news all week? Let us hit the high points for you with this week’s recap!

Final Fantasy XIV Gets a PS4 Street Date
MMO enthusiasts will have one more way to play Final Fantasy XIV: A Realm Reborn come April 14th. PS3 players will be able to test out the PS4 beta, which kicks off on February 22nd, and will also have the chance to transfer from PS3 to PS4 once the game hits stores, however they will lose their PS3 access with this option. The obvious upside of a PS3 to PS4 switch is that the hardware will offer a smoother and better-looking experience overall, but the community integration will also allow for easier Twitch streaming and screenshot sharing. There are also rumblings of a PS4 collectors edition that will include the perks of the PS3 and PC editions plus a few more in-game items. 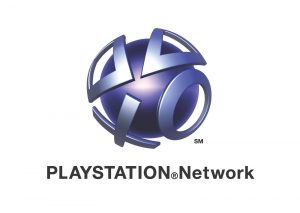 Playstation Network Taking a Break on Monday
Sony will be taking the PSN down for maintenance on Monday, January 27th. It is scheduled to begin at 12:p.m. EST (9:30 a.m. Pacific) and last until 6:30 p.m. EST (3:30 p.m. Pacific). If you have logged into PSN within the last week, you should not lose access to Netflix or other applications which require a PSN check; however, the store and PlayStation Home will be unavailable. Indications are that Sony is prepping their service for the Playstation Now beta, the service that will allow for streaming of game content to their consoles.

Monster Monpiece Leaving Japan… with Some Adjustments
Upcoming Vita game Monster Monpiece will be releasing in both North America and the EU this spring; however, some of the more suggestive cards will be redesigned before it hits shelves outside Japan. The publisher explained in a press release, “We fully understand that there are needs and demands for the complete version of these games. Our intention and motivation is to offer Idea Factory titles in a form that is as close as possible to the Japanese versions. This was a tough decision, but we would greatly appreciate your understanding and support.” The card battle game boasts a variety of monster girls who are powered up by rubbing the touchscreen, which also likely contributed to the game’s mature rating. The story remains unchanged though, for those who will play it for that reason. 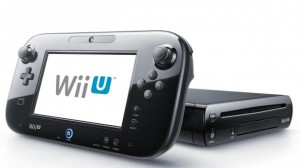 Nintendo Reduces Wii U and 3DS Sales Projections
Nintendo president Satoru Iwata announced that they have slashed expectations for sales between now and the end of the current financial year. Anticipated Wii U sales have been reduced from 9 million units to only 2.8 million units, while 3DS expectations have fallen from 18 million sales to 13.5 million sales. This recalculation, along with price drops on Wii U hardware, means that Nintendo is currently looking at an 80 billion yen drop in projected profits, from a 55 billion yen gain down to a 25 billion yen loss. The 2.8 million units is still below the current sales rates for PS4 (4.2 million sold) and Xbox One (3.1 million), with both of those consoles going on sale in November. This will definitely not help the outlook of the Wii U, which was recently discussed here.

EU Rules that Breaking Console Protections May Sometimes Be Legal
Polygon reports that an EU judge has ruled in favor of PC Box, a company that offers software to get around Wii and DS protection measures. The software is designed to get around these encryptions, intended to prevent playing of illegal game copies, with the intention of accessing videos and MP3 files on both the DS and the Wii. The court ruled that PC Box’s software is not inherently illegal since its intent is to allow for playing otherwise legal content on the systems; however, Nintendo will continue to appeal the decision, as the software, intentionally or not, does also allow for playing of some pirated games, as well.