Welcome to this weeks Gaming News Recap! There have been some interesting developments in the gaming world so read on to find out what the latest whispers are…

Facebook Buys Oculus Rift for $2 Billion
Social networking giant Facebook is set to purchase Oculus VR, the virtual-reality headset company, in a 2 billion dollar deal. Though Oculus Rift had previously been cast as a video gaming device, Facebook intends to use its technology for communications, media, and other forms of entertainment. Facebook’s chief executive officer, Mark Zuckerberg said virtual reality has the promise to be the next great computing evolution, as the transition from desktop computers to mobile devices becomes ever clearer. In a statement Zuckerberg said: “Oculus has the potential to be the most social platform ever…Imagine sharing not just moments with your friends online, but entire experiences and adventures.”

The new acquisition comes just weeks after Facebook announced it would purchase the messaging service Whatsapp, for 19 billion dollars. 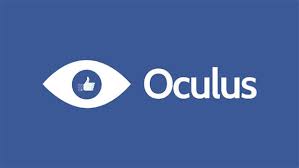 Michael Abrash Joins Oculus VR as Chief Scientist
Michael Abrash, the leader of Valve’s Research and Development team, has joined Oculus VR as Chief Scientist. Abrash addressed Oculus’ recent acquisition by Facebook in a blog post on Oculus VR’s website, saying as a promise that virtual reality “is going to happen in all its glory.” Abrash wrote: “the resources and long term commitment that Facebook brings gives Oculus the runway it needs to solve the hard problems of VR–and some of them are hard indeed.” Since January, Abrash has been at the forefront of Valve’s efforts to work with Oculus to develop in-home virtual reality solutions. Abrash recounted his “unlikely” journey to Valve and now Oculus VR–as well as his work with Oculus CTO John Carmack–in the blog post. You can find that blog post here. 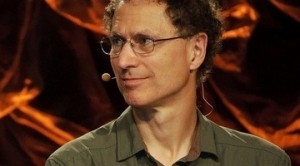 PC Gaming Firm Allegedly Exploits Charity Promotion
A new report has claimed that distributor 7 Entertainment is re-selling Humble Bundle titles for profit. The PC gaming firm has been accused of exploiting Humble Bundle gross sales by re-selling Steam codes acquired through the charity promotion. Ed Key, one of two developers behind indie game Proteus, told Game Informer that he had “confirmed” that Fast2Play, owned by 7 Entertainment, was indeed re-selling codes obtained through Humble Bundle. It is claimed that Key bought Proteus from Fast2Play’s store before cross-checking the download code he received against his history of issued Steam codes, which presented a match with codes sold via Humble Bundle. Humble Bundle have declined to comment and games developers such as Paul Taylore of Mode7 and Mitu Khandaker-Kokoris, developer of Red Shirt, have reached out to Fast2Play for an official response.

2D Survival Game Gets Steam Backing
French video game developer Nicolas Gadenne, owner of Gaddy Games, is set to release a 2D sandbox survival game with an interesting simulation of water and physics. Entitled Dig or Die, the game involves using strategy in order to survive massive attacks at night by building strong walls and placing turrets wisely. The game’s final objective is to build a rocket ship to escape the planet. Due to be released in Q3 2014 on PC, the game was greenlit by the Steam community and Gadenne started a crowdfinding campaign. Fans of the game are offered incentives via a rewards system similar to Kickstarter, and backers will have access to the current alpha version of the game from the day after the end of the crowd funding on May the 1st. You can watch a trailer for the game here.