Welcome to this week’s gaming news recap! There have been some interesting developments over this Easter week in the gaming world. Read on to find out what the latest is…

Watch Dogs to be Released in May

On Thursday, Ubisoft announced the ebook Watch_Dogs //n/Dark Clouds, inspired by the highly anticipated video game Watch Dogs. Authored by sci-fi and fantasy writer John Shirley, the storyline picks up from where the Watch Dogs video game leaves off, allowing fans to further explore the world of Watch Dogs. The new ebook is a first for Ubisoft, as it was created in-house and will released exclusively via digital channels. John Shirley is a prolific author of over 30 books and short stories, and his earlier efforts include novels based on Borderlands, Bioshock and Doom. You can find recent information and even more news at his official site.

“Working on Watch Dogs was enormously interesting to me because its world offers the convergence of cyberpunk and the edgy tech reality of our times; it all plays out with action and energy against the inner city backdrop that I thrive in,” Shirley said. “Working with Thomas Geffroyd and Kevin Shortt at Ubisoft to develop the book was a rocking experience – Ubisoft is right out there on the frontier of videogame development. I couldn’t ask for more inspiration.”

Watch_Dogs //n/Dark Clouds will be available in English, French, Italian, German and Spanish on May 27, 2014. 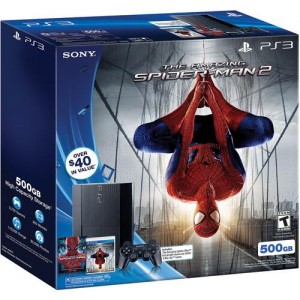 Sony announced a new Playstation 3 bundle via Twitter yesterday, boxing up the new Amazing Spiderman 2 game, with a 500GB console. The package, which will cost $270, is available to pre-order only through Walmart, as the bundle is a store exclusive. and includes the Activision published game, as well as a code for the 2010 Amazing Spiderman movie which can be redeemed via the Vudu streaming service.

Although the bundle doesn’t yet have a release date, Sony told IGN it would come out later this month, timed with the North American movie release on May 2nd. The video game adaptation of Amazing Spiderman 2 is developed by Beenox Studios and follows the next adventure with the web-slinging hero as he takes to the streets again. The game will feature familiar super-villans such as The Kingpin and Kraven the Hunter, so players can look forward to epic boss fights once it releases. 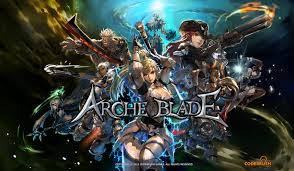 Codebrush games, the developers behind the mutiplayer fighting game Archeblade, made an announcement this week that the game is officially launching on April 24th of this year on Steam. The game has been available on Steam Early Access since March of last year, but the game’s official launch will feature a major revamp of the system–over 500 new items, move set changes, and a completely revitalised training mode. You can check out the official trailer below, with more videos at the Youtube page. Unfortunately, the game is currently offline due to server maintenance but will be back in action for the launch. While you wait for the launch, you can get involved in a random item giveaway at Codebrush’s Facebook page. 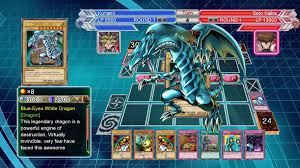 Konami has announced a new video game adaptation of its multi-million selling Yu-Gi-Oh! trading card game for Playstation and Xbox 360. Yu-Gi-Oh! Millennium Duels will be available via the Playstation Network and the Xbox Live Marketplace starting April 23, 2014. Marking the series’ first PS3 release in Europe, Yu-Gi-Oh! Millennium Duels marks the return of the Yu-Gi-Oh! franchise, which spans television, manga, and physical and electronic card games.  In Yu-Gi-Oh! Millennium Duels, players enter a Virtual Dueling System, an advanced program wherein they battle against simulated duelists from the animated TV show, characters from the beginning through to those from the current Yu-Gi-Oh! Zexal adventures. Along with the single-player campaign, players can also unlock avatars from the animated series and take them online to battle in versus matches or compete in four-player tag duels.