Welcome to this week’s gaming news recap! This has been a good week for game releases, so check out the latest information below to stay informed. 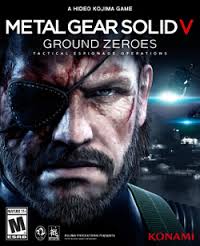 Yesterday, Konami Digital Entertainment announced a patch and an update for Metal Gear Solid V: Ground Zeroes. One million copies of the game have now been shipped worldwide, and in celebration of this, Kojima Productions a new title update that will unlock and allow all users to access the “Déjà Vu” and “Jamais Vu” missions. The “Déjà Vu” mission was originally exclusively launched for Playstation platforms, and is often referred to as a “throwback mission”, as its based on missions from the original Metal Gear Solid game. The mission lets users play as a pixelated Solid Snake. In order to progress in the mission, players must recreate the key scenes, and will be rewarded by being able to see flashbacks to the previous game. “Jamais Vu,” the Xbox platform exclusive mission, makes references to the 1988 game Snatcher, the second video game written and directed by Hideo Kojima. In the mission, the evil “bioroid” Snatchers are dropped into Camp Omega to kill and steal the identities of everything they come into contact with. Players must use Raiden, a superhuman ninja cyborg to get rid of the Snatcher threat. The new updates will unlock on May 1st for both platforms. 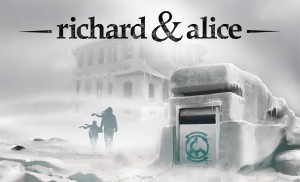 New Point-And-Click Adventure Game To Be Released On Steam

Indie collective Owl Cave and UK independent publisher Mastertronic have teamed up to bring the acclaimed point-and-click adventure game Richard and Alice to Steam. The debut game, by indie PR specialist Lewis Denby, and Starbound lead writer Ashton Raze, is an story-driven tale about family, loneliness, desperation and the weather, and is set in a post-apocalyptic world. Due the game’s success on Steam Greenlight, it will be launched very soon  and will contain standard Steam features such as achievements, trading cards, badges, and emotes. Denby was pleasantly suprised by the attention the game received: “Its a great thing to see Richard and Alice heading for Steam. This is a game we decided to make because we wanted to explore character stories in video games, and the original plan was for a small free game we could bash out and move on from. That we’re here now, writing quotes for the Steam release PR campaign, is quite something!”

Richard and Alice will be coming soon to Steam for Windows PC. For more information, check out the new Steam announce trailer below. 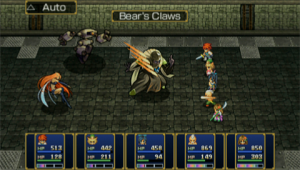 Natsume announced on Thursday that they would be launching a new title in North America for the Playstation portable and available exclusively through the Playstation network. The game, entitled End of Serenity, is a traditional Japanese RPG is due to be released in the summer and was created by Kemco, the same developer who behind last year’s Mystic Chronicles. “Mystic Chronicles ended up being a surprise fan favourite in 2013, and we’re happy to bring payers a game that will have a similar appeal to our North American audience,” said Hiro Maekawa, the president and CEO at Natsume. “Inspired by the look and feel of old school, 16-bit RPG’s, we feel our fans will really connect to the games, look, feel and story.

End of Serenity will feature over 120 unique skills, which can be used both in and out of battle. For example, players can summon giant beasts during battle along with more traditional battle tactics. End of Serenity will be playable during E3, which will be running from June 10-12. 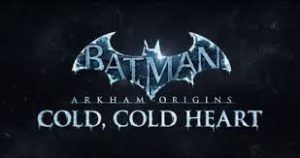 On April 22nd, Warner Bros. Interactive Entertainment released “Cold, Cold Heart,” the action-packed story add-on for Batman: Arkham Origins. Set on New Year’s Eve, “Cold, Cold Heart” sheds light on the tragic origin story of Mr. Freeze, and players will discover how he earned his spot as one of Gotham City’s greatest villains. The “Cold, Cold Heart” story add-on introduces new locations including Wayne Manor and Gothcorp as Victor Fries encounters Batman for the first time. Players will be able to access all new gadgets including thermocharged Batarangs and thermal gloves. Batman is also equipped with his powerful Extreme Environment (XE) suit, which he can use to take down Mr. Freeze and his cyro-thugs. “Cold, Cold Heart” is available for purchase on the Playstation Network, Xbox Live and Steam for $7.99, and is also available for players who purchased the Batman:Arkham Origins season pass.