Welcome to this week’s gaming news recap! There have been some interesting developments in the gaming world so read on to find out what the latest whispers are… 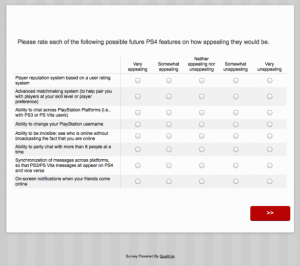 Sony may institute a range of new features in an future updates on the Playstation 4. According to a report by IGN, the entertainment giant had sent out a user survey to Playstation 4 owners in order to find out how users felt about the changes Sony are considering implementing. The survey (right) asks players how they rate each change. Some of the features include a reputation system, and the ability to change your Playstation Network username. Sony are also keen to find out if there’s interest among the PS4 owners for an advanced match-matching system to pair you much more closely with people at your skill level. The new reputation system proposed by Sony resembles Microsoft’s recently announced plans to expand its own system on the Xbox One. Microsoft intends to “introduce rewards for good behaviour,” while disciplining problematic users by restricting Xbox Live functionality in a upcoming system update. 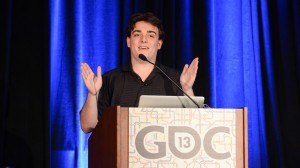 The virtual-reality firm Oculus VR has received death threats and other abuse, following their recent acquisition by Facebook for $2 billion. Confirmed by the company’s co-founder Palmer Luckey on Reddit this past weekend, it is clear that the recent announcement has sent negative waves throughout the gaming sphere with many individuals expressing shock and anger at the deal.

The harassment extends not only to the employees themselves, but their families. “We expected a negative reaction from people in the short term,” Luckey wrote in a thread regarding an interview with Nate Michell, who is the vice president of product at Oculus. “We did not expect to be getting so many death threats and harassing phone calls that extended to our families. We know we will prove ourselves with actions and not words, but that kind of shit is unwarranted, especially since it is impacting people who have nothing to do with Oculus.” We at The G.A.M.E.S. Blog hope that those responsible for the threats come to their senses quickly, as this sort of behavior is not remotely warranted. 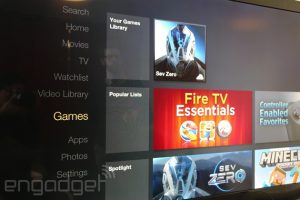 On Wednesday, Amazon announced the Amazon Fire TV, a device that streams games and movies over the web. The Fire TV includes 2GB of RAM and a dedicated GPU; it runs on Android OS and HTML5, so apps are expected to be easy for developers to port to the device. It also comes with a TV remote-like controller that includes a microphone on it, which can be utilized for voice search functions.

The system is priced at $99 for the base model and $140 for the bundle which includes a gaming controller; however, even though it will have games, Amazon has made it clear that Fire TV is not a console contender. In an interview with Engadget, Amazon VP Pete Larsen said: “This isn’t trying to be a console, but we do think there is a great opportunity there in between a console and a smartphone for fun quality games.” The Fire TV will host games from publishers such as EA and Ubisoft, and will include Minecraft shortly after it launches.

The recent success of Bravely Default, the 3DS RPG co-developed with Silicon studios, has caused Sqaure Enix to rethink how they create content for core gamers and “heavy JRPG” fans. Sqaure Enix president Yosuke Matsuda recently talked to Nikkei Trendy on the matter of shifting the focus of their games back to traditional JRPGs, which should delight their core audience. During the interview, Matsuda expanded on their plan to develop the kind of games that Square Enix fans love. “For the new games we’ll be developing from this point on, while this may sound a bit extreme, we’ve been talking about making them as heavy as JRPGs. I believe that way we can focus on our target which will also bring better results”. Bravely Default topped the sales chart on the week of its release and in North America sold over 200,000 copies in its first three weeks, and the game was also well received in Europe.