Hi, and welcome to this week’s gaming news recaps! It’s exciting times for any Just Dance fans out there, Twitch finds a new home, plus Linux gamers are in for a treat, so read on and join in the fun.

Google has reached a deal to buy live streaming service Twitch, for $1 billion. According to a report by VentureBeat , the rumours about a possible deal started back in May when sources claimed that Google offered an all-cash purchase, and this week, a deal was confirmed. The deal is reportedly being handled by Google’s YouTube division. (Google purchased YouTube back in 2006 for $1.65 billion, which increased the Internet giant’s empire even more so.)

Originally, rumours suggested the asking price would be more than $1 billion, but Google and Twitch declined to comment on the matter; since neither company has announced specifics, the exact amount that Google has bought Twitch for is unknown. Twitch enables users to air live gameplay on the PC or current gen consoles. The service has more than 50 million active users, a massive increase from the 3.2 million users back when it launched in 2011. This deal will be YouTube’s biggest acquisition to date.

Just Dance 2015 Contest: Chance To Have Selfie On Front Cover

Ubisoft have announced that Just Dance 2015, the latest installment of of the popular dance game franchise, will be holding a contest in the U.S to find a lucky fan and give them the opportunity to feature their image on the front cover of the game in the U.S. The contest, which opened on the July 25 and runs through to July 28, asks fans to submit a selfie along with their best Just Dance story at #MyJustDanceStory via Instagram.
The steps to enter are:

Just Dance has become a phenomenon across the world,with more than 50 million games sold in the franchise since its debut in 2009. If you want to enter the contest check out the rules and guidelines here More information on Just Dance can be found on their official webiste and twitter. 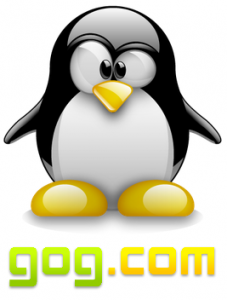 Digital distributors Good Old Games have begun supporting Linux and have added 52 games to Linux’s library. Some of the 52 games that have been added to GOG.com’s Linux library,  which previously had Linux versions available elsewhere, include Kentucky Route Zero, Legend Of Grimrock, Anomaly Warzone Earth, Sir You Are Being Hunted, Dawinia and VVVVVV. More than half of the Linux titles are also being offered to users with up to 75% off the price until next Tuesday.

GOG.com had announced plans to begin supporting Linux back in March this year. Initially, the site was to launch Linux support with 100 games at some point this winter, but GOG has now decided to launch now with the smaller number it already has available. However, the site still plans to built up its Linux offering to at least 100 games in the next few months. A GOG spokesperson said of the announcement: “We’ve put much time and effort into this project, and now we’ve found ourselves with over 50 titles, classic and new, prepared for distribution, site infrastructure ready, support team trained and standing by, and absolutely no reason to wait until October or November.”

The Linux version games will be distributed in tar.gz achives and will support DEB installers for Ubuntu.

Koei Tecmo Europe recently unveiled the Samurai Warriors 4: Special Anime Pack in celebration of a decade of the tactical action series, exclusively for the PlayStation 4.To honor fans of the series, the Special Anime Pack includes special costume packs for Garcia, Ina, Nene and Oichi, western themed armor customization, and the Samurai Warriors: Legend of the Sanada anime.

A DLC bundle is also being offered as a pre-order incentive, which includes new stages and weapons for over 25 characters.Scheduled for release on October 24, 2014, on PS4, PS3 and PS Vita handheld, the collectors edition will be welcomed by many fans of the series. For the latest Samurai Warriors 4 news, you can follow them on Facebook, or click here to visit their site.