It’s time for another round of the Gaming News Recap. This week, Jimmy and Dan fill in and bring you news about Twitch’s acquisition, the Mighty No. 9 beta, and a rundown from the most recent Nintendo 3DS Direct! Check out all the stories below!

Twitch Sold, but not to Google

After much e-ink was spilled over the speculation that Google was going to acquire game-streaming site Twitch, a challenger appeared and made the best offer.Speculations about Twitch being sold began months ago as the site began to scrutinize its streams more thoroughly, shutting down audio on streams reported for using copyrighted music and other changes that would make it more attractive for purchase.

Twitch CEO Emmett Shear announced this week that it was acquired for US$970 million by Amazon, though the deal won’t finalize for weeks. Amazon and Twitch have agreed that the game streaming site will operate independently of Amazon. Regarding the deal, Amazon CEO Jeff Bezos said “Like Twitch, we obsess over customers and like to think differently, and we look forward to learning from them and helping them move even faster to build new services for the gaming community.” This move helps further the expansion of gaming for the retail giant, as Amazon has slowly moved into the arena with game apps on the Kindle Fire and Amazon Fire TV formats, as well as the development of Amazon Game Studios. 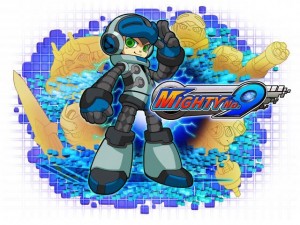 Kickstarter backers of Keiji Inafune’s not-Mega-Man-but-really-is platformer Mighty No. 9 will be granted beta access to the game starting September 1st. The announcement came at PAX Prime, during a Comcept panel. The beta will open with only a single level available, but two more levels will be added as the beta progresses.  The Kickstarter, which ran almost a year ago, raised over $3.8 million for the game at that time. Because of all of the stretch goals, Mighty No. 9 will see play on PC, Linux, and Mac computers plus 3DS, PS3, PS4, Vita, Wii U, Xbox 360 and Xbox One.

The game is a spiritual successor to the Mega Man franchise, following an android named Beck, the ninth in his series. A computer virus has corrupted virtually all other robots in the world, and Beck must stop them, including his eight robo-brethren. The game is scheduled for a worldwide release in April 2015.

Last Friday, August 29th, Nintendo released one of their regular Direct videos, this one specifically for their Japanese audience. The Direct focused on the 3DS, and there was plenty of hardware and software announcements to go around. Without a doubt, the biggest news was the unveiling of brand new versions of both the 3DS and the 3DS XL (called the 3DS LL in Japan). Dubbed “New 3DS/XL”, the systems boasts larger screens, better battery life, ZR and ZL triggers on the back, and a second analog pad on the right side. In addition to the changes in hardware, the new versions also have some new software tricks. The screens now automatically adjusts the brightness levels to the player’s environment, which should help to conserve battery life even further. Even more impressive are the improvements that have been made to the 3D effect of the handhelds. Whereas current iterations of the system must be held in a “sweet spot” in order to properly view the third dimension, the “New” systems allows players to view the effect from much greater angles. It appears to use the system’s inward camera and gyroscope to locate where the player is viewing from, and then adjust accordingly. Additionally, the new handhelds have a NFC Reader in the bottom screen, Micro SD support in the back, and promise a greater amount of customization through detachable face plates. The New 3DS will be priced at 16,000 yen, while the New 3DS XL will cost 18,800 yen; both versions are slated to release on October 11th of this year. There is currently no word as to release plans outside of Japan, other than it not being before the end of the year.

Other announcements to come out of the Nintendo Direct focused on upcoming titles, with the majority of them being RPGs. This included a gameplay trailer for Bravely Second, which picks up where Bravely Default left off. Also shown was footage of Final Fantasy Explorers, Dragon Quest X, and Etrian Odyssey Untold II. One big surprise was the announcement of a port of the Wii title Xenoblade Chronicles that will be coming to the New 3DS systems. This game takes advantage of the improved CPU being used in the new handhelds, and so will not be compatible with the current models. In conjunction with this announcement, the main character of Xenoblade, Shulk, was confirmed to be a character in the upcoming Super Smash Bros.

The G.A.M.E.S. Blog will continue to cover these new hardware announcements as more information becomes available.