Hello and welcome to another week of gaming news recaps! Big companies have unveiled some rather fancy gadgets, and a next-gen console sees a functional update, so read on to find out more. 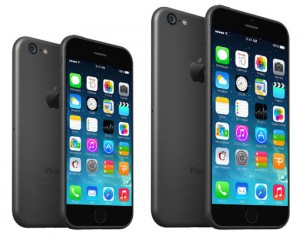 This week, Apple unveiled two new iPhones at an event at the Flint Performing Arts Centre in the company’s hometown of Cupertino, California. The phones sport larger screen sizes, with the iPhone 6 being around 4.7 inches and the iPhone 6+ being a whopping 5.5 inches. As well as larger screens however, the phones have scaled down in exterior thickness to 6.8mm and 7.1mm respectively. Improvements made to the phones include, a new Apple chipset which is 25% faster than the previous A7 and will aid the graphic performance with a 50% boost, which will help run all your gaming apps better. You can also expect faster Wi-fi, and an 8MP protruding camera, which allows you to shoot 1080p videos.

The iPhone 6 and iPhone 6+ will begin shipping next month on September 19th, although you can pre-order the phone from the 12th September. Retail prices for the Iphone 6 start at $200 USD for a 16GB model, and $300 for the iPhone 6+- but this is on a two year carrier agreement.

Nintendo will be releasing three exclusive 3DS XL handheld consoles themed around the original NES, Super Smash Bros., and Persona Q: Shadow of the Labyrinth. The announcement was made at the GameStop Expo and the first system to be released–the Super Smash Bros. edition, available in red and blue–will be released on September 19th for $199.99. The special edition design is being released in celebration of the impeding release of Super Smash Bros for Nintendo 3DS, which will be out on October 3rd.

The Nintendo 3DS XL NES edition, modeled after the original controller, will be available on October 10th for $199.99 and is a GameStop exclusive. The Persona Q: Shadow of the Labyrinth 3DS XL will be released alongside the release of the game by the same name. The system is again exclusive to GameStop for $199.99 and will not include the game.

These are in addition to the recently announced New 3DS hardware that features a second built in stick and new shoulder buttons. It’s set to be released in Japan on October 11th, although neither a North American nor European release date has been announced.

Warner Bros Interactive Entertainment have announced that Lego Batman 3: Beyond Gotham will be the first Lego game series to feature a season pass. The season pass, which has six parts will offer downloadable content based on The Dark Knight , Man of Steel, and the 75th anniversary of Batman’s initial appearance in Detective Comics. Three of the downloadable add-ons will also be available including The Dark Knight pack, which allows players to take control of Batman, Joker, Bane, Commissioner Gordon and Catwoman. The other add ons are the 75th anniversary pack, which stars Harley Quinn, Joker and The Dark Knight in celebration of all things Batman and the Man of Steel pack, in which you van play as Superman’s father Jor-El in a battle against General Zod.

Three more add-ons will be available later as part of the season pass, however, the details and dates have not been confirmed as yet. Lego Batman 3: Beyond Gotham will be coming to Playstation 3, Playstation 4, Wii U, Xbox 360 and Xbox One, on November 11th in North America and November 14th in the UK.

Xbox One to Receive New Update to Snap TV and Video

There’s good news for Xbox One owners as it was announced that improvements will made to Snap TV, video, and other features, in a system update scheduled to go live in October. In a post by Major Nelson, it was confirmed that console users will be able to access Snap features, including Game DVR and messages, faster next month, and it will also be easier to open and close Snap apps while in-game. Double tapping on the controller’s Xbox button will bring up the relevant menu to close or switch between apps. Changes to TV and video will see the addition of a list of trending live TV, a Universal Remote Control in SmartGlass, and OneGuide TV listings in 12 countries. There will also be a Gamerscore leaderboard that will rank Xbox One owners by the amount of Gamerscore they’ve secured in the last 30 days.

More information on all the updates can be found here.