Hello and welcome to another week of Gaming News Recaps! This week, Microsoft have made some new Xbox One announcements, and there is good news for Assassin’s Creed Pirates fans, so read on to find out more.

A new promotion from Microsoft will offer prospective Xbox One owners a free game with the purchase of the next-gen console. The promotion starts on Sunday, September 7th and means that those who buy the system from a participating retailer in the US will also receive a free game of their choice priced up to $60. The offer also applies to Xbox One bundles as well, so those buying into Microsoft’s latest console can also score two games with Madden NFL 15 and Forza 5 bundles or an additional game with the console-plus-kinect bundle. There are some limits on this offer, though: The free games cannot be digital downloads and must be disc-based, so digital-only games like Ubisoft’s Valiant Hearts won’t be on offer, and the offer is also not valid for pre-order games. Microsoft’s promotion runs until Saturday the 13th.

The Evil Within Launches In October

There is good news for survival horror fans in Europe: You won’t have long to wait for The Evil Within to scare the hell out of you. Bethesda announced this week that the game will be hitting Europe, South Africa, India and the Middle East on October 14th, arriving on the same day as its scheduled North America release. Directed by the creator of Resident Evil, Shinji Mikami, The Evil Within puts players at the scene of a gruesome mass murder, where they must be very careful with the limited resources around them to survive. If you just can’t wait for the game to come out, you’ll be happy to know that Bethesda recently released a whole hour’s worth of streamed gameplay footage  so you can mentally prepare yourself for the real horror when October comes. The Evil Within will be launched on October 16th in Australia, October 17th in New Zealand, and October 23rd in Japan.

Xbox One Launches in 28 More Countries

The Xbox One will be launched in 28 countries this month, including China, Russia, and Japan, as this week Microsoft provided a breakdown of release dates in the regions. Chile and Colombia kicked things off this week on September 2nd, while Japan received their first shipment on the 4th. The Chinese market will open on the 24th and Russia on the 26th of this month. The biggest launch date for the Xbox One was September 5th, when the Xbox was launched in 16 new countries. You can check out the release schedule here. The launch of the next-gen console coincides with the release dates of some of this years biggest games, from Destiny to Fifa 15, and Microsoft hopes that shipping the Xbox One to new territories will help to bolster sales outside the countries where it already sells well. 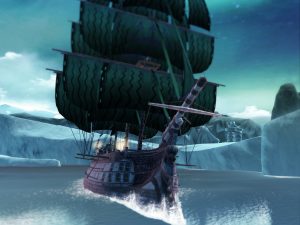 Assassin’s Creed Pirates, the stand-alone Assassin’s Creed mobile game from the popular franchise is now free across all platforms, although the game still allows in-app purchases, Ubisoft have announced. The game allows players to step into the boots of Alonzo Batilla, a young captain looking to make a name for himself during the golden age of piracy in the Caribbean. Players can recruit team members, upgrade their ships, sail the open waters and engage in intense navel battles against AI opponents.  The game has recently been given a content update, a new chapter called “Cold Blood”, which will take players to the Arctic and introduces a legendary new crew member. If players want to succeed and combat the cold waters of the Arctic, they must take advantage of ship customization, which gives players the option to overhaul their vessels to improve their abilities on the open sea. You can find out more about the game here.