Welcome to this week’s gaming news recaps! It’s been an exciting week for gamers as some much loved classics are headed to PC and Steam. News about that, and more, below!

Plants vs. Zombies Coming To PC In June 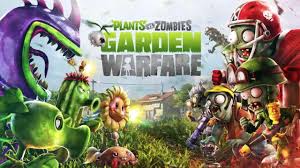 Plants vs. Zombie fans will be excited to learn that the recent release Garden Warfare will be available via EA’s Origin and other retailers for PC from June 27th. Since the game’s release earlier this year on Xbox One and Xbox 360, Plants vs. Zombies: Garden Warfare has attracted global attention as critics and fans alike have praised the game for being an unconventional shooter with an amazing blend of humour.

“We’ve had an amazing response form players since launching the Xbox platforms and cant wait for PC players to join the party this summer” says Brian Lindley, producer on Plants vs. Zombies: Garden Warfare. “The PC version has all the great content that we have put out since launch like “Garden Variety” and “Zomboss Down” for players to enjoy from the start.” Players can now pre-order the Origin Digital Deluxe Edition, which includes two Booster Packs, in-game coins and an exclusive character customisation pack. For more information about Plants vs. Zombies: Garden Warfare, visit the game’s website. 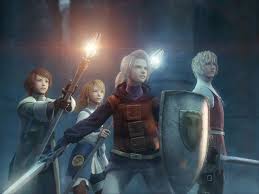 This week, Square Enix announced that Final Fantasy III, one of the best loved games from the timeless RPG series, is “coming soon” to Steam. Following its initial release in Japan in 1990, Final Fantasy III became the first title in the Final Fantasy series to sell over a million copies, and this announced to the world that Square Enix’s classic RPG saga was here to stay. The game first reached North American and European shelves in 2006 when it launched as a 3D remake on the Nintendo DS, which also sold over a million copies worldwide. For this latest release, the iOS port will serve as the basis for the game, though it has been optimised for PC gaming. The official release on Steam will see new-and-improved 3D visuals and story sequences, Steam trading cards and achievements, and new visuals for the job mastery cards. 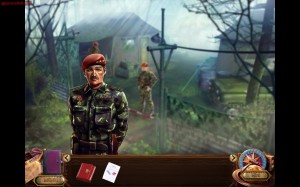 On Thursday, Phoenix Online Publishing announced that atmospheric adventure game, Lost Civilisation would be available for $4.99 in the App Store. The game offers a haunting blend of puzzle solving and investigation at several different skill levels, and challenges players to discover whether or not alien life exists on Earth. In Lost Civilisation, players take on the role of Suzanne, an amateur archaeologist, as she races to unearth the mystery of a forgotten civilisation and rescue her kidnapped fiancé. The great thing about this game is that it features over 70 richly detailed and animated scenes, eerie sound effects, and a very refreshing variety of challenges ranging from clever brainteasers, to eye-catching interactive mini-games.

Lost Civilisation was released on PC and Mac via Steam and the Phoenix online store last month. 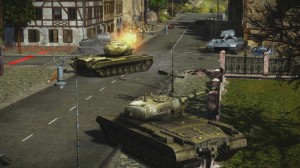 Wargaming has announced the release of a new content update for World of Tanks: Xbox 360 Edition. This update is available worldwide and adds seven American tank destroyers including the legendary M18 Hellcat, as well as two new maps, additional packages for tank upgrades (Guns! Lots of guns!) and new Xbox Live achievements. Most excitingly however, the update introduces the new weather variant system, providing maps with rain, and snow and night modes–which is a first for the entire World of Tanks universe. World of Tanks: Xbox 360 Edition is a massive team-based multiplayer online game, dedicated to armored warfare in the mid-20th century. The game has had huge success with over 80 million registered players around the world.

More information about the latest content update can be found at their website, and you can also register to play the World of Tanks: Xbox 360 Edition on the site, as well.