Hey, everyone! Welcome to this week’s gaming news recaps! It’s an exciting time for gamers with E3 just around the corner and a lot of gaming news to behold. Here are just some of the highlights…

Alongside the release of Watch Dogs at retailers in North America (on Playstation 4, Playstation 3, Xbox One, Xbox 360 and PC), Ubisoft is offering a season pass for the game for $19.99. The season pass will feature an all-new, single-player story, a new Digital Trip game mode where players must eliminate all the cyborgs, and an Exclusive Untouchables Pack, which includes an M1 SMG weapon and 1920’s mobster outfit. For Playstation owners, Watch Dogs offers additional exclusive content featuring four extra missions representing about one extra hour of gameplay.

There is also a new mobile companion app, which is free for download on the iPhone, iPad, iPad touch and Android devices. The application allows players to compete and connect with friends, even when they’re away from their home console in two modes: Race and Free Ride. According to Ubisoft’s blog, Race pits the console/PC gamers in a race from checkpoint to checkpoint, with the app user trying to stop them with snipers, barricades and other methods, with Free Ride being similar but on a larger, less-structured scale. 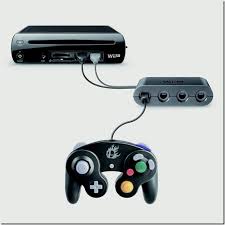 Nintendo have released a Gamecube controller adapter for the WiiU console this week, which will allow Gamecube controllers to be used along with the upcoming Wii U installment of Super Smash Bros. Nintendo have released a picture on their official Twitter page, which shows the adapter connecting to the Wii U via a USB port and four slots for the Gamecube controllers to be plugged in. The Super Smash Bros. logo embossed on the Gamecube pads and the way Nintendo worded their tweet suggest that this may be the only game that will work with the adapter. The adaptor will be released alongside Super Smash Bros. on the Wii U, when it launches in the fourth quarter of the current fiscal year. For more information or updates visit Nintendo’s official Twitter and check back here at The G.A.M.E.S. Blog.

A new Sony studio called Pixelopus will show off its first project at E3, according to a post by the New York Times. The studio’s employees are graduates of Carnegie Mellon, who worked with Sony Computer Entertainment America executive Alex Lee as part of their coursework. Students in the class produced prototype games for the Playstation Vita, and some even went on to work as interns at Sony, eventually getting hired. Alex Lee said that the game design programs at established universities like Carnegie Mellon are increasingly relevant.

“Historically, I’ve always been aware of these programs,” Lee said, “It’s only in recent years that they’ve become meaningful.” Sony filed a trademark for Pixelopus, indicating that it may be a first-party studio; however, little else has been disclosed. More information is sure to come out between now and E3, though. 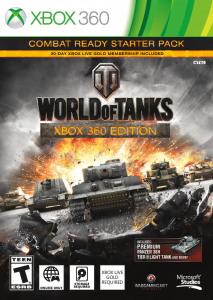 This week, Wargaming announced details for its upcoming Soviet Steel update for World of Tanks: Xbox 360 Edition, the largest single game content update so far for the title. Slated to go live on June 3rd , the update will bring the total number of vehicles in the game to over 150, and will include 29 iconic USSR tank destroyers, light, medium and heavy tanks and the ISU-152; a high-tier tank destroyer.

Players will also get to clash on two new battlegrounds: Komarin and Ensk. The company have also announced the Combat Ready Starter Pack, which contains a war chest’s worth of gold and other goodies at a discounted price of $19.99. The pack also includes a Tier II German light tank famously known for its heavy armour and quick firing gun, in-game gold and silver, a 30-day voucher code for Xbox Live Gold status and three days of premium account time, which will grant a 50% boost in accumulated silver and experience. The Combat Ready Starter Pack will be available this August. For more information on the Soviet Steel Update visit Wargaming’s website.