Hello and welcome to this week’s gaming news recaps! It’s been a busy week for announcements, with Ubsoft and Microsoft unveiling big news, so you don’t want to miss it… 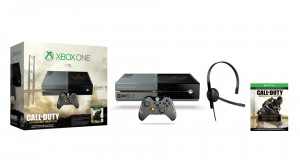 During Gamescon this past week, Microsoft revealed an exclusive Xbox One Call Of Duty Advanced Warfare bundle, complete with a custom designed console with a 1 TB hard drive. The console is uniquely designed in a Call Of Duty themed skin and is emblazoned with Sentinel Task Force iconography. There is also a special edition Xbox One wireless controller with the same paint job as the console. Other features in the bundle include the full game download of Call Of Duty: Advanced Warfare, in game bonus content, a digital personalisation pack, on chat headset, HDMI cable and power supply, and Call Of Duty: Advanced Warfare Day Zero Edition, with early access and double XP when the bundle is released on November 3rd. However, that’s not all this bundle has to offer, so to find out more, head over to the Xbox One website for more information.

If you want to pre-order yourself a bundle, you can do so at the Microsoft Store. 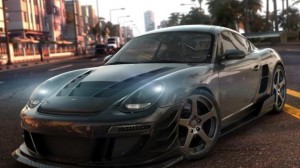 Ubisoft Announce The Crew For Xbox 360

This week Ubisoft announced that radical action driving MMO The Crew is set for release on the Xbox 360, Xbox One, Playstation 4 and Windows PC. The Crew takes gamers on a wild ride through a massive open world recreation of the United States, filled with breathtaking challenges and populated by other real players. Tony Key, Senior Vice President of Sales ad Marketing at Ubisoft said: “It’s Ubisoft’s objective to to continue to meet the needs of consumers who have not yet made the move to the new console generation. The Crew was originally built for the new generation of consoles , but we have always had a desire to make it accessible to as many people as possible. We’re excited to bring The Crew‘s same core features, massive scope, mission variety and overall driving experience to Xbox 360 players”.

Ubisoft also announced that the closed beta that took place on the PC in July resumes again on August 25th ; a limited number of players will be invited to participate in the closed beta on Xbox One and Playstation 4 system starting in late September. More details on this will be released as and when it is announced. The Crew will be released on November 11th, 2014 and can be pre-ordered here. Check out the official trailer here.

Kempt Games have announced the latest installment in the Magnificent Stunts series Stunt Gal,which is now available on the App store for the iPad, iPhone, and iPod Touch. The fast paced parkour-platform game begins with Gail Stunt- aka Stunt Gal- filming a key stunt for the film “Buildings are People Too: 2” in which a building shows its disappointment with the direction of Stunt Gals life by collapsing over everything. Stunt Gal must jump, swing, and fight, all to escape a bricky death via a helicopter on the roof. In Stunt Gal:Crumblejack, players can fall to their doom, swing on pipes, or even get electrocuted while fighting ninjas, jumping on aliens, and getting a cuddle from a squirrel. Chris Kempt, founder of Kempt games, said: “ We’re really excited to release the latest game in the Magnificent Stunts series, starring everyone’s favorite stunt woman, Gail Stunt. Stunt Gal blends the art house sensibilities of The Grand Budapest Hotel with the building demolishing action of Transformers: Age of Extinction”.

You can check out the Stunt Gal trailer here. 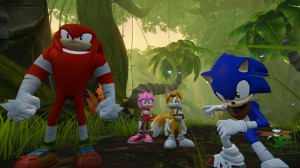 Sonic the Hedgehog will be speeding his way back to fans this November, as Nintendo Europe officially announced the European release date for Sonic Boom: Rise Of Lyric for Wii U, and Sonic Boom: Shattered Crystal for the 3DS. According to a tweet on the Nintendo of Europe Twitter account, both games are due to be released on November 21st.

Sonic Boom: Rise Of Lyric is being developed by LA studio Big Red Button, while the 3DS title is being handled by Sanzaru Games.

The games will star the original fantastic team of Sonic,Knuckles,Tails, and Amy, along with a newcomer called Sticks who will have to band together to defeat both familiar foes and new powerful enemies.

Exclusive to Nintendo consoles, the games are part of the brand new Sonic Boom initiative, which gives gamer’s an all new Sonic experience, with new game play based on action-adventure combat, new characters and environments, and new story lines that will carry through the franchise’s first CG-animated series. North America fans will be able to play the Sonic Boom titles on the Wii U and 3DS on the 11th and 18th of November, 2014. Check out the Gamescon 2014 trailer for Sonic Boom: Rise Of Lyric to see the game in action.