Hello and welcome to another week of gaming news recaps! It’s been an interesting week for the horror genre, with unconfirmed games and old classics being brought back from the dead.  You dare not miss it!

There is good news for classic horror fans, as it was revealed this week that Atari is tapping two of its best known survival horror games, which will see re-imagined versions of Alone in the Dark and Haunted House released on PC this fall. Atari initially released the original Haunted House for Atari 2600 back in 1982, and over the years the game has been re-vamped a few times. Alone in the Dark: Illumination is being developed by Pure according to its website, although the original Alone in the Dark was released in 1992 for PC by Atari’s owners Infogrames. Alone in the Dark didn’t do to well as a franchise, so it’s hoped that this latest attempt will be more successful. Footage and gameplay demos for the news games on display at PAX Prime from August 29th till the 31st. 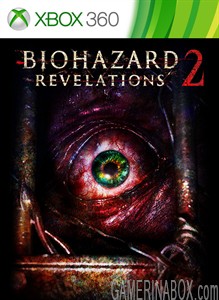 Capcom did, however, announce at the beginning of the month that they would be releasing an updated version of the 2002 Gamecube game, Resident Evil, for PS3, Xbox One and PC early next year. This includes 1080p visuals and 5.1 surround sound. 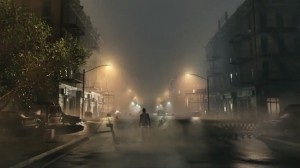 This week, a playable teaser for the next installment of the much anticipated Silent Hill horror franchise, was released in hopes of leaving players terrified and wanting more. Metal Gear series creator Hideo Kojima and the legendary director Guillermo del Toro teamed up in a shocking collaboration to release the playable demo for the PS4, entitling it P.T, under the  name of a non-existent 7780’s Studio. Kojima used the fake studio name as a reference to the size, in square kilometers, of Japan’s Shizouka prefecture, which can be translated to “Quiet Hills”. Kojima has done this before, with the mysterious release of a trailer for The Phantom Pain by Moby Dick Studios which later turned out to be Metal Gear Solid. According to Kojima, Silent Hills “will not be out more than likely until 2016”, as the game is still in it’s early development stages.

Silent Hills will feature Norman Reedus, who rose to fame with his portrayal of the character Daryl Dixon in ABC’s The Walking Dead. 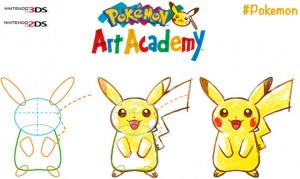 Nintendo have announced the release date for the 2D art instruction game, Pokemon Art Academy, as being October 24th this year. The title, exclusive to the 3DS and 2DS, will be released before the enhanced remakes of the third generation games, Pokemon Omega Ruby and Alpha Sapphire. Pokemon Art Academy trains players to draw their favorite Pokemon, using step by step guides and tips and tricks for translating 3D drawing skills into real-world artwork. Professor Andy, an in game art-tutor, will aid players through 40 lessons, which includes how to draw popular Pokemon such as Pikachu, Charizard, Fennekin, Oshawott, Torchic, and Fletchling. The game will also include several tools which are new to Nintendo’s art training application Art Academy, including markers that create clean blocks of color, outline pens that create lines that can’t be colored over, and an undo feature to quickly clean up errors. Nintendo have not confirmed what the price will be for the new game. You can check out the E3 trailer for the game below.