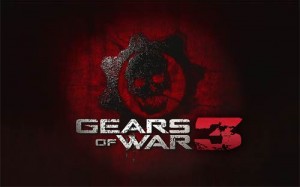 Eighteen months after the fall of Jacinto, the war for survival rages on. The Gears are now living aboard a converted aircraft carrier called the Raven’s Nest. The government has disbanded and the survivors from the first two games now call a makeshift flotilla of ships their home. The imulsion that once powered Sera’s great cities has infected and mutated members of the Locust Horde, causing them to become Lambent. These Lambent have begun evolving into a new enemy that threatens both the Locust and what’s left of humanity. With survivors scattered and civilization in ruins, time is running out for Marcus and his comrades as they fight to save the human race.

Gears of War 3 will feature a four-player co-op mode and the introduction of two playable characters–Anya Stroud, who appeared in the first two games as the team’s control officer, and Jace Stratton, a battle-hardened soldier who appears in the comic series and is mentioned in the second game.

Also, a fully controllable “Mech” suit will be available for use in certain parts of the game. On its left arm is a machine gun, and on its right is a rocket launcher. It has 2 modes, Stationary, and Assault. In Assault mode you control it like you do Marcus, it can even Curb Stomp downed enemies. In Stationary mode, it locks into position and deploys its armor, as well as cover for other Gears from its legs. This Geared Up ride is dubbed the “C.O.G. Silverback”