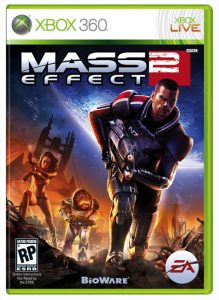 Head over to Annakie’s Website and grab yourself some game saves. Decisions such as the Romance option, who’s on the council, whether the council lived or died, and the fate of Wrex, Kaidan and Ashley all carry over from Mass Effect. And Annakie has collected many game save files with varying combinations of these decisions. Pick the combo you like best and load up ME2 (after midnight of course, unless your a pirate…..ARRRRR!!!!! 🙂 )