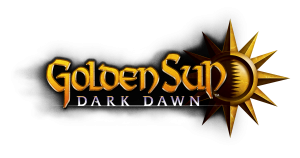 The game picks up 30 years after the first two games in the series left off. At the end of Golden Sun: The Lost Age, the heroes succeeded in bringing the world-healing power of the Golden Sun back to the world of Weyard. In the years since, the immense power of the Golden Sun has changed nearly everything. Continents have shifted. New countries have emerged. New species have appeared. But the world is now imperiled by a new threat. Psynergy Vortexes, which suck the elemental Psynergy from both the land and power-wielding Adepts alike, are spreading across the world. The new generation of heroes – the children of those from the previous games – are drawn into the mystery behind the vortexes, as they cross a chaotic world that is succumbing to a new evil.

FEATURES:
• Amazing graphics and beautifully animated summoning abilities that span both
Nintendo DS screens.
• The story takes place 30 years after the final events of the second game, when the
Golden Sun Effect occurred. The main characters are the descendents of the
previous game’s heroes.
• Intuitive touch-screen control has been implemented throughout the game, controlling
character movements and the release of Psynergy – magical abilities with powerful
effects over people and the environment. Touch control also streamlines battle
commands and gives players a stronger tactile connection to the action on the
screen.
• Players will explore a vast and beautifully rendered world where they will find many
treasures, encounter dangerous creatures and manipulate objects blocking their
path. Players will also hunt for and collect Djinn, mysterious elemental creatures used
to summon powerful spirits in battle.