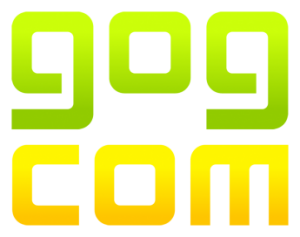 For those who don’t know Good Old Games is/was a PC game web store that sold DRM free games. The catch being that they were all, as the company name says, old games. Basically all the games the were pretty much considered abandonware by the PC gaming community could be found here. What made this service worth paying for, considering the ease of Torrent sites and Rapidshare, was they worked with the original publishers to update the games to run on modern operating systems. No need to configure DosBox or other emulators. They also included artwork and avatar photos for use in message boards.

Well GOG has apparently shutdown but promises a return.

We have recently had to give serious thought to whether we could really keep GOG.com the way it is. We’ve debated on it for quite some time and, unfortunately, we’ve decided that GOG.com simply cannot remain in its current form.

We’re very grateful for all support we’ve received from all of you in the past two years. Working on GOG.com was a great adventure for all of us and an unforgettable journey to the past, through the long and wonderful history of PC gaming.

This doesn’t mean the idea behind GOG.com is gone forever. We’re closing down the service and putting this era behind us as new challenges await.

On a technical note, this week we’ll put in place a solution to allow everyone to re-download their games. Stay tuned to this page and follow us on Twitter and Facebook for updates.

All the best,
GOG.com Team

I don’t see why they couldn’t keep the site going as is while they worked on their new plan in the background. But this tweet just before the shutdown may be a clue.

UPDATED: GOG has made this official statement.

First of all, we apologize everyone for the whole situation and closing GOG.com. We do understand the timing for taking down the site caused confusion and many users didn’t manage to download all their games. Unfortunately we had to close the service due to business and technical reasons.

At the same time we guarantee that every user who bought any game on GOG.com will be able to download all their games with bonus materials, DRM-free and as many times as they need starting this Thursday.

The official statement from GOG.com’s management concerning the ongoing events is planned on Wednesday. If you want to receive further information about GOG.com, please send an email to update_media@gog.com if you’re a media representative or to update_users@gog.com if you’re a user without a GOG account.