Nintendo’s initially lukewarm 3DS has been seeing amazing sales numbers since the recent holiday season. Due also in part to a hefty price cut and the release of first-party titles, the system has officially sold over 4 million units in the United States. The lack of a strong game library turned many away at first, but this just goes to show us that the 3DS will be a viable handheld if gamers have enough titles to choose from. 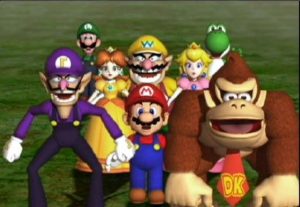 Nintendo also announced that the popular Mario Party and Pokemon franchises will be seeing new releases on their handheld. It’s no surprise that games developed by Nintendo are usually well perceived, so this news should help sales even more. No specifics regarding either of these releases was given, but you can expect to hear more about these titles in the coming weeks.