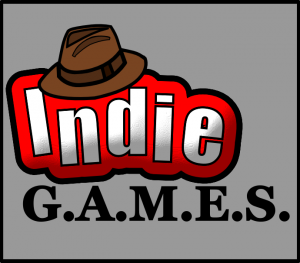 Indie games are finding a new voice among such platforms as Steam or Desura to help their promotion and distribution. There are many new titles out every month that are fun and compelling experiences. Independent games are in that they are not specific to one play style or genre; they have branched out all over the market and have taken a powerful hold. Many fantastic titles are made without massive budgets and usually with only teams of a handful of people, but they still have the quality of AAA games made by the top development companies. Indie games are a labor of love; their creators care about them and see them as an extension of themselves. Even though they do make money, often way more than expected;, the games are originally made to connect to gamers, to present a story the developers want to see. Hard work and long hours make independent titles what they are today. The audience that buys and enjoys these games sees that effort and that time put into the project and loves these properties that much more for it. Small developers now have a powerful voice in the market and a following that is hungry for the variety and complexity that they create.

The following article is hopefully the start of a series of contributions to the indie gaming community. It will spotlight particular independent titles that show great promise, to give gamers an awareness of which games to look for in the future. The articles will detail their developers, gameplay, art and sound design, as well as any other aspects of the games important to give readers a better understanding of what they plan to do and some of the ideas that went into creating them.  All in all, I hope these articles will help at least some gamers find great indie titles and give them a chance to see how amazing these experiences can be. Welcome to Indie G.A.M.E.S., and enjoy.

To start this series off, I would like to showcase an amazing game that has recently gone into its alpha stage. 99 Levels to Hell by Zaxis Games and B-evil is a game that is very new while still keeping familiar roots. Falling back to the nostalgic roots of a 2D environment, 99 Levels to Hell uses many elements of multiple different genres and combines them into a fantastic experience that will make players remember why they love games: they are just plain fun. 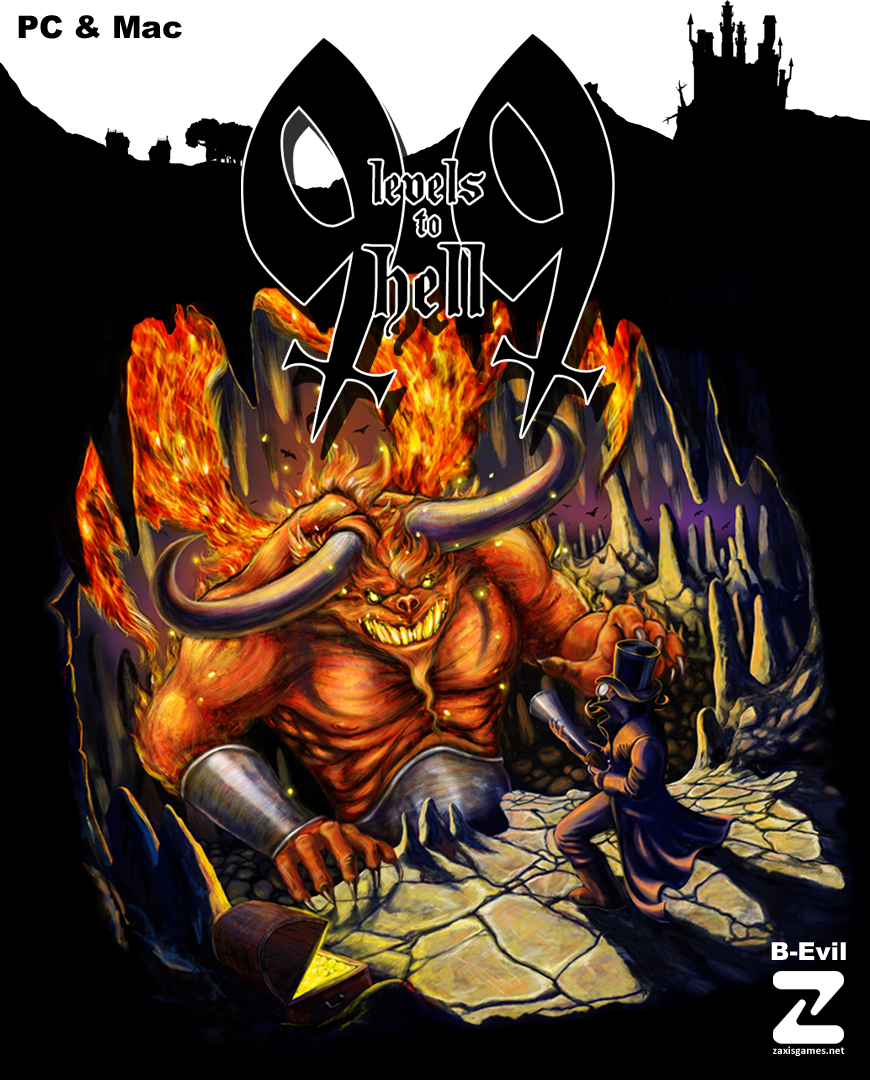 Recently, I was able to talk to one of the developers of 99 Levels to Hell, Bo Blond Daugaard. He has been working in the industry now for a few years; some of his earlier work was as environment artist on such titles as Recoil: Retrograd and The Secret World. Wanting to move on and do more than graphics, Daugaard moved to Zaxis Games and began work on an iPhone game called Angry Viking. “It’s a black, white, and red, heavy metal hack and slash,” Daugaard said, and it took three months to complete. This was his first foray into programming, and he states that the code caused issues enough that “in the end we [Zaxis Games] had to bring in a programmer…[Kristian Langelund Helle Jespersen]… to help sort it out before release.” Angry Viking was Daugaard’s very first game and was released for iOS mid-2010.

99 Levels to Hell takes its inspiration from both classic and newer titles. Daugaard mentioned that Diablo and Diablo II were games he loved; this can be seen with the dark caves and mansions that populate the environments. Daugaard mentioned that he “always wanted to make a game that works kinda like Bubble Bobble,” and the level design shows this influence,; the verticality in the game, with the many different floors and edges to jump, has close similarities to Bubble Bobble.  Spelunky and The Binding of Isaac are two more recent games that 99 Levels to Hell has been influenced by.  Daugaard and Zaxis Games designed a comparable control scheme to The Binding of Isaac; it is very simple and tight, allowing players to easily maneuver without issue. These many different inspirations come together, and pieces from each are brought into 99 Levels to Hell, but nothing ever seems copied. 99 Levels to Hell is its own game but still hints at other titles, giving gamers a sense of comfort while still being able to create a new experience.

The art design is an amalgamation of two very different ideas,: horror and quirkiness. These multi-floored, cobblestone and rock–covered environments are brought alive by the flickering torches and the light that follows the player around the level. It gives the game a haunting darkness in all of the corners, where any terrible thing can be lurking. Yet these monsters and even the main character are not what players will expect. They have a distinctive style to their design; the only way I can think to describe it is as charmingly odd. The character that players will control has an extravagant mustache and a distinctive blunderbuss he uses to defeat his foes. The enemies look menacing but bring a comedic quality that is so enjoyable to the game. The world in 99 Levels to Hell is unbelievable and fantastic, dark but still somewhat comic; these elements combine to make something truly unique. 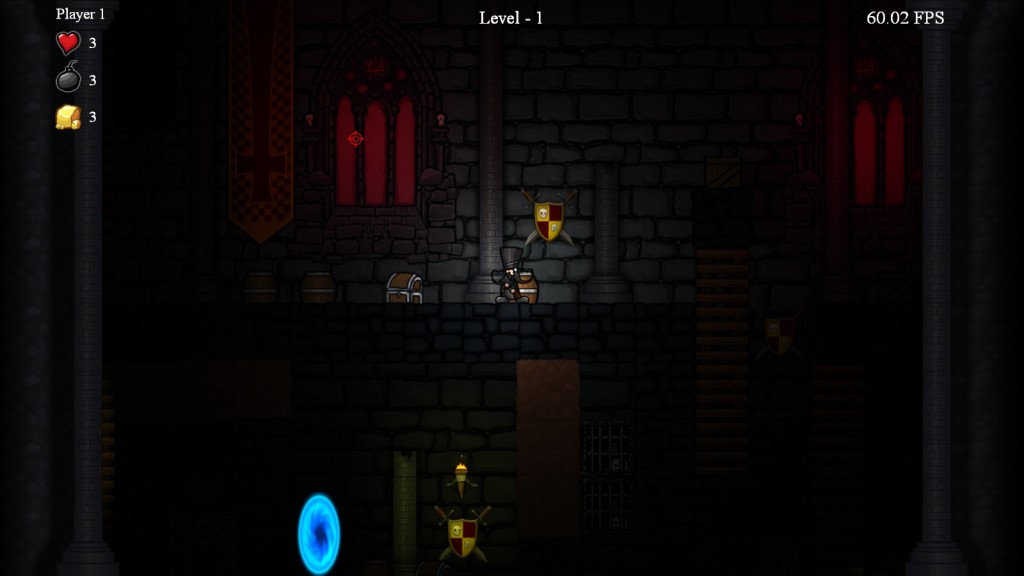 99 Levels to Hell is not genre–specific, it has elements from many and it never likes to define itself entirely. It can be considered a side–scrolling shooter because of its two–dimensional levels and its combat, but at the same time it is similar to dungeon crawlers in the design of its environments and the want to move from level to level to progress through the game. There are items to pick up and shops to purchase bombs and health from. Enemies populate these dark and gloomy levels much like in Diablo, but players fight them in fast paced combat, which requires constant rapid firing and quick reflex to dodge the monsters’ movement. A very positive quality of 99 Levels to Hell is that it is never afraid to blend ideas, and this can be seen again in the way the game is played.

The sound design of 99 Levels to Hell is another important aspect. It is in the music and sound effects that players will truly feel like they are in Hell. The music, done by Daniel Skovgård, is scary, and is comparable to Amnesia: The Dark Descent and other very terrifying horror games. As players roam around the world of 99 Levels to Hell, they will hear voices whispering in their ear, people screaming for their lives, and rumbles from other creatures moving through the level. The music, done by Dalle Oldman, gives both a background to the game that helps define this feeling of terror and an ambiance to the environment. Long, slow notes fill the speakers as players move through the dungeons, immersing them even further into this evil world.

Zaxis Games still has 99 Levels to Hell in alpha, which means that the game in its current form may be different than the one that will be released later. Since its original conception, 99 Levels to Hell has evolved to overcome various obstacles that were encountered. For instance, Zaxis Games hoped to implement randomly generated levels. Unfortunately, this proved to be very difficult, but a very intuitive approach was made to counter this,: make a lot of different levels and then have them chosen at random. The problem was solved and still gives players the chance to experience the many different kinds of environments in the game. The current goal of Zaxis Games is to add maybe another two or three more unlockable characters, with the possibility of new starting gear and buffs for those new additions. Also, they are adding in a multiplayer mode that will allow two players to play simultaneously on one PC. Zaxis Games has been updating their game using community feedback as well, and try to incorporate how their players feel about 99 Levels to Hell into the mix.

Overall, 99 Levels to Hell is many things: It’s a side-scroller with combat that involves 360 degree shooting,  a dungeon crawler with random levels, and a horror game with amazing ambiance and lighting effects. Most of all, though, 99 Levels to Hell is a fun time that can be played in long bouts or short pick-up-and-play segments. 99 Levels to Hell is currently $4.99, 50% off its original price, on Desura, and this will get you into the alpha versions and all future versions to come. As Bo Blond Daugaard puts it best “It has monsters, guns, magic and changes every time you play, what’s not to like,” so definitely continue to follow this game and give it a try.

If you have a recommendation for an indie title that deserves praise please contact The Games Blog here.