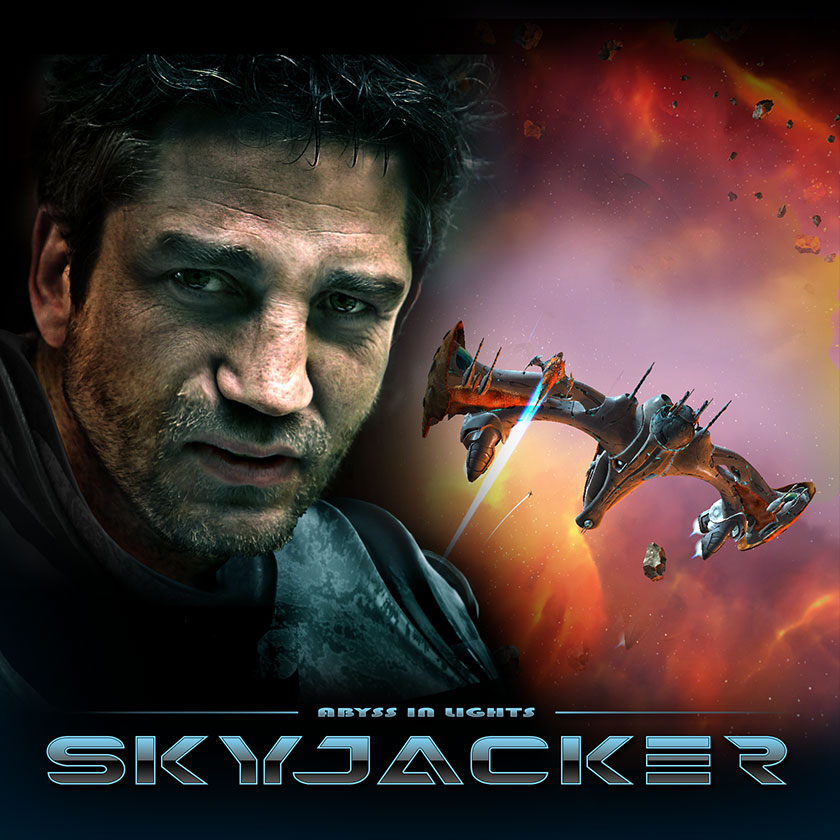 In the mid-90s, one of my favorite computer games to play was Star Wars: X-Wing, a fantastic space flight simulator that gave me the chance to live out my dreams of becoming a piloting a fighter ship. Time marched on, and space combat simulators fell from the spotlight to become a niche genre. New titles are few and far between, which makes all the more reason to stand up and take notice when a promising one emerges. Enter Skyjacker, an impressive title currently under development that promises an intriguing construction/destruction mechanic that will allow players to surgically dismantle foes and repurpose their old parts. The game is being developed by Digitilus, a recently established company made up of individuals with over 20 years of experience in the game and entertainment industries. In order to find out a bit more about Skyjacker, I got in touch with one the team, Alexander Landa, who agreed to speak with me about their vision for the game.

Jimmy Stephenson: Before we get started, thanks for agreeing to talk with me. I’ve looked into Skyjacker, and I’m very impressed with the scope and polish you’ve already achieved. For any of our readers who might not be familiar with the project, could you give us a quick overview of your vision for the game?

Alexander Landa: Thank you for your accolades towards Skyjacker game! Our vision for the game is to create a Skyjacker universe where you start on the bottom of the Pirate Stock Exchange and work your way up to the top, not by deliveries and fetch-quests, but through brutal work such as assassinations, sabotage, looting, kidnapping, robberies, infiltrations and extractions. The most important part of the vision is to enable gamers to create their own missions through the Mission Construction toolset.

JS: Are you focusing more on the single player campaign or the multiplayer offering for the game?

AL: We’re actually focusing more on creating unique Skyjacker universe where a gamer is able to create her missions, essentially entire game using the creativity and fantasy that our players have. We use our own tools to create the game, so once mission construction toolset is completed, we will be able to use it to create missions for the single player and co-op multiplayer.

JS: So you are putting a lot of focus on user-generated content? Very cool. What are some of the types of missions the mission construction toolset will allow players to create, and will they be able to string together their own arching stories, or will each mission be more separate?

AL: Yes, there is a lot of focus on user-generated content. The Mission Construction toolset will allow you to create any type of mission you can think about. You’re contemplating an assassination attempt on one of the aliens in the game, with a continues pursuit through star system portals – launch a starship constructor toolset and create you mission. Update the cosmos skies, asteroids – no problem. And the best part – no coding knowledge necessary. You as a gamer will have a power to create your own scenario and play it, by yourself or with friends. 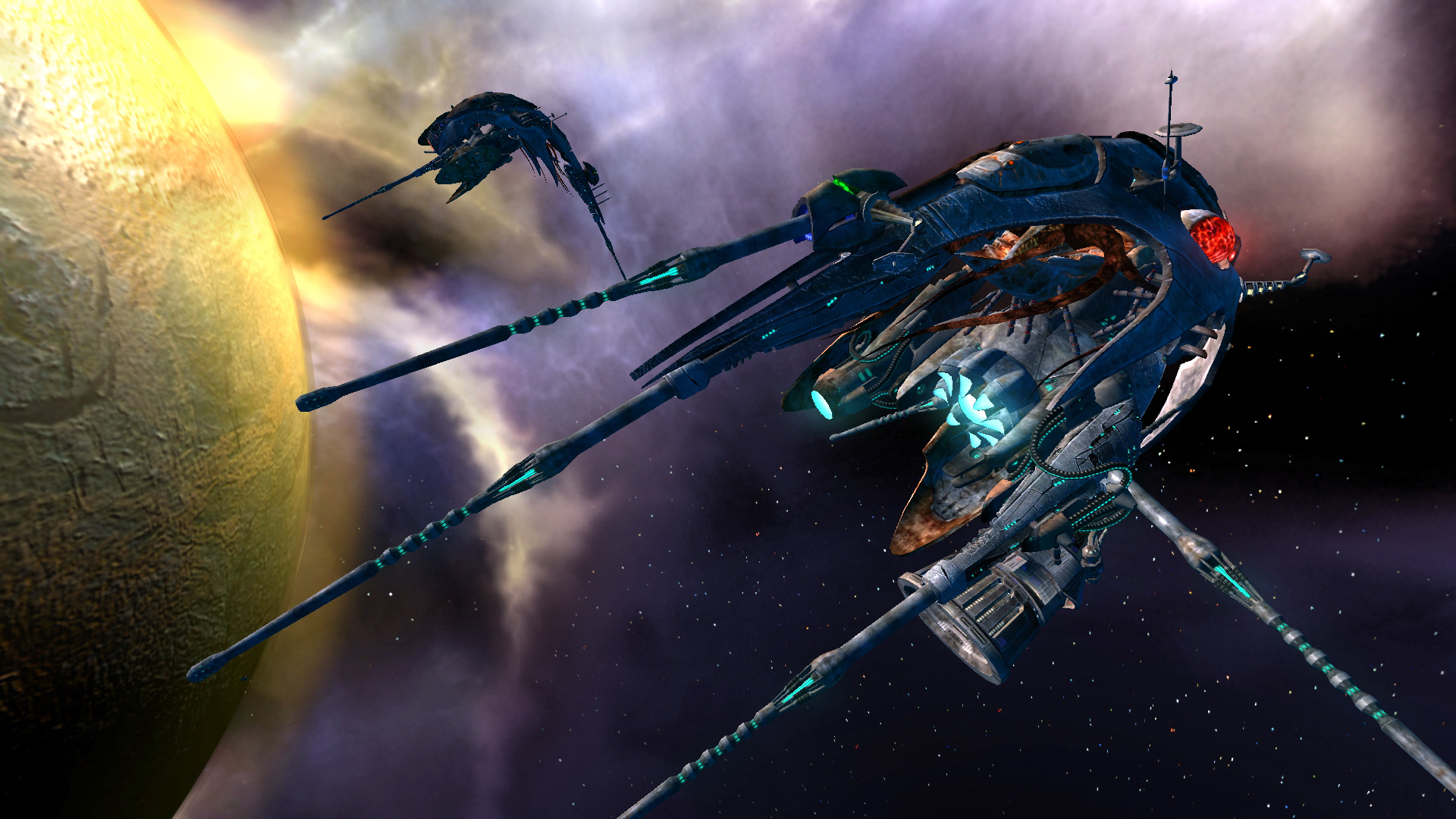 JS: Can players expect to have the same level of customization with their ships, and how will those changes affect the gameplay?

AL: Excellent question, Jimmy. Players should expect the same or better level of their starship customization, as by completing the missions they should be able to acquire and salvage enemy ship parts, which could be used to mod your own ship. The level of difficulty and experience will impact the success of a mission chosen by a gamer.

JS: On that note, I’ve noticed that Skyjacker‘s website mentions there are several flight models, which changes the control scheme for the player. Why did you decide to incorporate these different control setups, and will certain ships have set flight models, or will any model be available for any ship?

AL: Each alien race in Skyjacker has specific space fleet and space-faring technologies that control the scheme for such alien race. Players are playing as Balagores, alien space pirates, which have historically focused on modding their ships allowing them to salvage different parts of an enemy ships and use them to mod theirs. 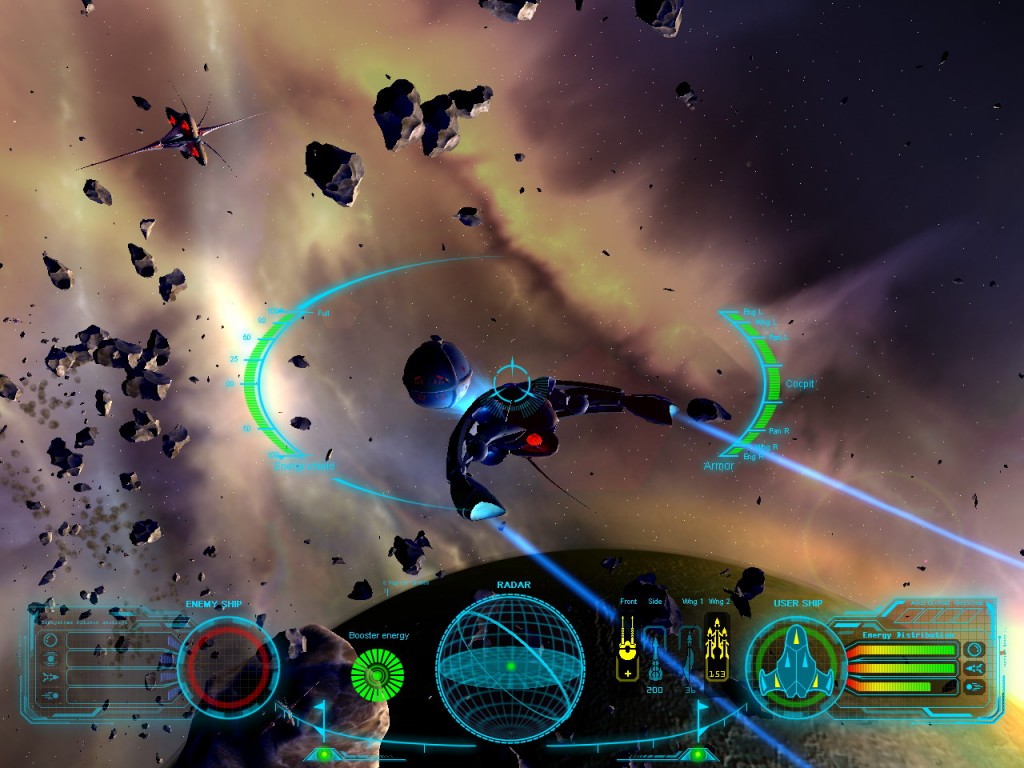 JS: From what I understand, this game is based off of the Abyss Lights book series. Tell us a bit about the universe that the games take place in. Also, has this property always been the inspiration for the game, or was it brought in after the fact?

AL: The Abyss Lights book series describes Skyjackers universe from perspectives of Ael, a human boy who was accidentally taken by aliens around 12,000 BC. His fate was to become the most feared and ruthless space pirate in the universe. The novels describe space-faring technologies for each race as well as their history, culture, economy, social traits and diplomacy with other alien races. The book series has been an inspiration for Skyjacker game from the beginning.

JS: From all of the artwork and gameplay videos available on Skyjacker‘s website, it seems you have a good idea for how you want the game to look. Where did you come up with the outlandish and unusual designs for the alien ships?

AL: We have been working together for a long time on the design sketches for each race, taking in consideration our inspiration from the book series Abyss Lights by providing our visual interpretation of alien races and their space faring tech. Once we were happy with the designs, we worked with USPTO to make sure we could copyright them, and we’re not inadvertently used great work someone else has already created. All the ships and aliens in Skyjacker are unique.

JS: How does the destructibility mechanic set Skyjacker apart from other games?

AL: The destructibility mechanics are a unique feature that we’ve been working very hard on. Our goal is to make sure that there is a balance between player actions to salvage a part of the ship and mount it on his, and his choice to destroy an enemy ship to see the great fireworks. This balance could be achieved only by modular ship design through the Starship Constructor tool, that we built and released to our backers. This tool will be part of the final Mission Construction toolset. 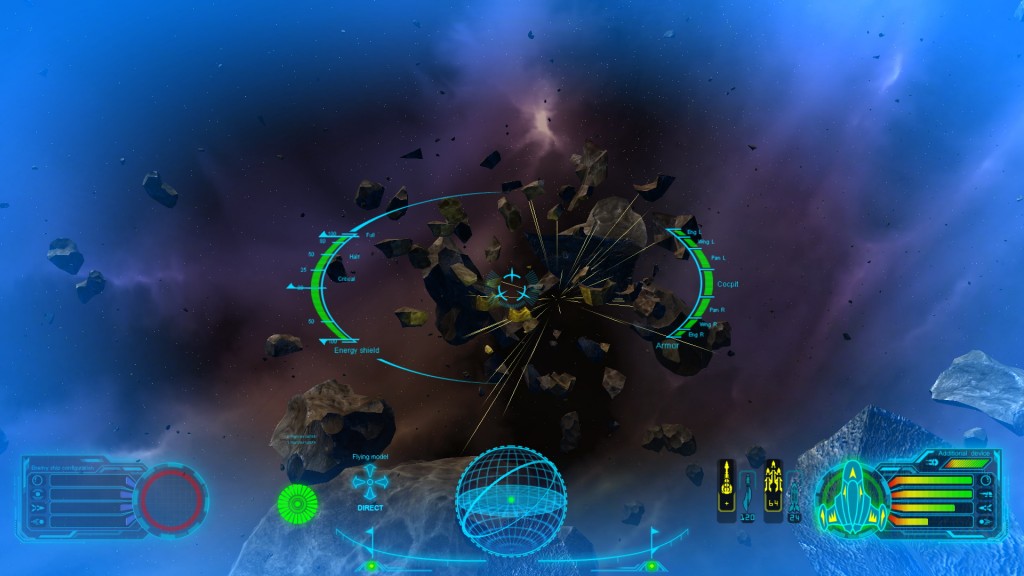 JS: The idea of being able to dismantle anything in the game is very cool, and something that I’ve never really seen before with this type of game. With all of the destructibility that Skyjacker offers, what type of game engine have you been using?

AL: Thank you for your kind words on Skyjacker‘s dismantling feature! We’re currently converting to Unity3D, as originally Skyjacker game was written on our own proprietary engine. Unity3D is a great engine and development environment that allows us to scale our features, while optimizing use of gaming resources.

JS: How large of a team do you have working on the game? What type of previous experience do you have in the industry?

AL: We’re currently a strong team of 7. The two co-founders (Eugene and I) formed Digitilus, LLC in 2011 with the goal to focus on full featured space sim games, and Skyjacker is our first title. Having said that, our team is very seasoned; we we have over 100 years of combined experience in game design and development. The majority of the team members were part of ALS, sub-contractor to DC Comics, EA, THQ and over 100 other studios. With the successful delivery of over 400 projects in a span of 10 years, we are confident that our knowledge and experience bundled with passion for space sim genre will result in release of a terrific gaming experience called Skyjacker!

JS: It’s clear from the amount of work that you’ve already done that this game is a labor of love. How long have you been working on the project, and what is still left to be done?

AL: We’ve been working on Skyjacker for a while and have pre-alpha demo available for anyone to download on our website – www.skyjackergame.com. Once the Mission Construction toolset is complete, we will assemble alpha and go to beta. Our estimate for completion is Q3 FY14. It might seem long, but you have to consider hundreds of starships, ten alien races, and different cosmic objects.

JS: I was sorry to see that your Kickstarter campaign was unsuccessful. Has that changed your plan for Skyjacker, going forward?

AL: We were hoping to accelerate the development process with funds from our Kickstarter campaign. It didn’t happen, but life goes on, and we have to find another way through alternative funding to achieve our ultimate goal – release of Skyjacker game in FY14.

JS: Do you have any advice for people wanting to create games of their own?

AL: Do it now, if you are passionate about it!

JS: Well, Alex, once again I appreciate your time, and I wish you good luck with the rest of development. I’ll be keeping my eye on Skyjacker, and looking forward to its release.

AL: Thank you for your time and kind words, Jimmy.

Anyone who would like more information about Skyjacker can check out the game’s website, where there’s a lot of information, media, and even a demo waiting. If you happen to know of any game projects or studios that we should take a look at, please drop us a line in the comments below.