The indie game scene is exploding with innovation and creativity. Playdead’s Limbo showed people that a masterful display of atmosphere can turn a seemingly common platformer into a game filled with mystery and intrigue. Jonathan Blow’s Braid successfully utilized time manipulation to create a seemingly new game mechanic, even after over 20 years of industry growth. As gaming becomes ever more appealing, more and more game developers are trying to break onto the scene with their latest innovations and ideas.

Among those trying to break into video games is Italian developer BRUCEfilm. The very creative people at BRUCEfilm are trying to combine cinema with video games by using real actors in real locations, a stark contrast to the virtual worlds and characters driven by graphic engines that we have all become accustomed to. Their efforts have produced the game Stay Dead. Through the use of editing and precise button inputs players take control of a fighter in matches, similar in style to Street Fighter in that players take on opponents one at a time.

Fights take place in a series of turns, with the maximum number of turns being ten. At the beginning of each turn, players choose whether they would like to attack (and at that, which type of attack) or defend. Each choice has different button combinations and depending on whether or not the buttons are input correctly, the attack or defense will be successful. The button combinations involving pressing the arrows in a certain button combination and particular times if on the offensive, and the “A” and “Z” keys if on the defense. The whole game is basically an interactive, live action cutscene!

Luckily, The G.A.M.E.S. Blog was able to get a short e-mail interview with the creator and director of Stay Dead and CEO of BRUCEfilm, Fabrizio Digiovinazzo: 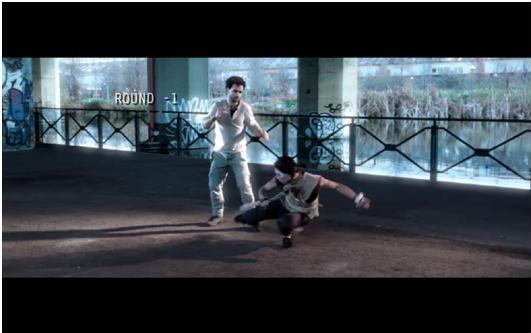 How did you come up with the idea for live action game play?

When I was 14 (now I’m 36) I saw on “ZZAP! Magazine” an image of a baseball video game compared to a baseball TV show and, since then, I started to figure out a way to play the latter. I tried since the commodore 64 days. Then at the age of 20, on my 386, I made the first good attempt, but it was more of a clone of Mortal Kombat than a motion picture game. I made the real motion picture game prototype in 2001. It was great (at least to my eyes), but it was REALLY unplayable. The interaction was in real time, but it wasn’t fun to play.

After more than 10 years of research (research in funding too) here is Stay Dead, a real time interaction in a movie! Generally speaking, I never like 3d graphics in a videogame: today it is still too poor to be compared to pre-rendered graphics. If you compare the movie “Avatar” with the game Avatar, the gap is still too huge to let me see myself  in the videogame character. Of course there are plenty of great games out there in 3D, but I always thought that the real life footage can work in the interactive field as well. But the ’80s, with its unplayable interactive movies, buried the possibility to even start thinking about something cool. So the idea was abandoned in the mind of game designers but not in mine.

Do you plan on having any other game play features that aren’t quick time events?

My effort was always towards clearing the screen from any kind of interface, to let the player really interact with the movie but I didn’t succeed yet, because there are a lot of gameplay issues as well as practical ones. Making a game, it’s an extremely iterative process: you try, you test, you adjust and then repeat again and again. You can do that with normal graphics, but it’s very hard with real footage because you can’t reshoot things every time. So, for this game, the compromise was: one movie layer and one game layer. In this way I was able to experiment and fine-tune the gameplay without touching the movie but I want to truly stress one thing: the gameplay, here, it’s not about quick time events. I hate quick time events. They are only ‘right button in the right moment’ without any connection with what you see on the screen. Here it is different, especially in the iPad version, because I tried to merge the best I could the movie layer and the game layer and make the player do more than simply ‘press right button at the right time’. There is still a lot of work to do, but my aim is always avoid quick time events to interact with a movie.

Was there ever a debate to not use actors?

No, there wasn’t. Until the 3d graphics become photorealistic and cheaper to produce than real footage I’ll always be on the actor side and, personally, I find much more satisfaction in defeating a real character than a puppet with textures.

Do you plan on having any future updates or patches for Stay Dead?
When I hear “patches” I think of “bugs.” I really hope that you didn’t find errors. We are a very small group of developers, so even if we tested the game as much as we could, it is possible that some bug/spelling errors came out. For now we are not thinking about patches, but we are always ready to fix bugs that we, or the players, possibly will find.

What are your feelings towards games that are trying to be more cinematic, like the Uncharted series?
Of course I can’t criticize games like Uncharted or God of War, because the effect would be like a flea that accuses an elephant of being too skinny. But I can make a general speech about cinematics in modern videogames. Every time that in a game the sequences becomes more cinematic, the game stops to be interactive and vice versa. This is a very old problem, since the time of Wing Commander, which the industry seems incapable of solving yet. Personally I don’t like the “quick time event” solution that modern games are adopting to try to make the cinematic sequences playable. This mechanics removes two fundamental concepts of game design: meaningful decisions and surprise. These are two key components to make mechanics fun to play. In my motion picture game I humbly try to fix these lacks: in Stay Dead you play inside a cinematic scene but keep meaningful decisions and surprise.

Did you take any inspiration from the old Sega CD games that incorporated live action, like Night Trap?
No, I didn’t. Night Trap was a precursor and I respect the work behind that product that took several years to come alive. But the interaction scheme is totally different from mine. Night Trap was more of an interactive story with big pieces of non-interactive scenes. Stay Dead is an arcade. Stay Dead is not an attempt to make an interactive story-telling; it’s an attempt to let you move the main character of a movie inside a fast action scene with a strong cinematic look. 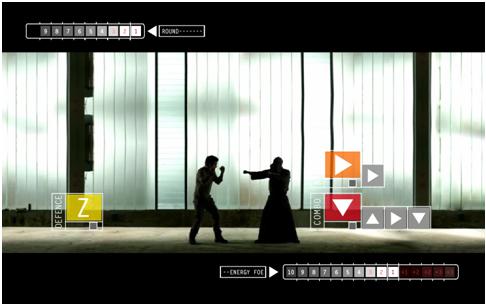 If you would like to check out Stay Dead for yourself, here is a link to the game’s website.

Also, if you would like to check out what BRUCEfilm has been up to, check out their website here.

As always, keep it locked here for all the latest in gaming, including up and coming indie gaming news.