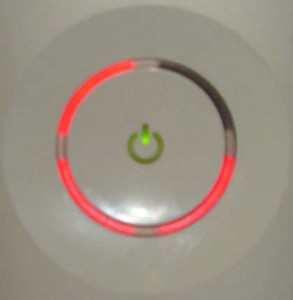 The BBC is reporting that a large number of Xbox 360 owners are complaining about Red Ring of Death.  Not entirely out of the ordinary as the Xbox 360 had a 50-60% failure rate.  What makes this news worthy is that the RROD showed up either immediately or within a few days of connecting a Kinect to the system.  Microsoft says its a coincidence as only the old models are failing and they were probably going to go out anyway.  The users however think otherwise. Some say the system works if you unplug the Kinect. Others say their systems are still broken even after removing the Kinect.

User Vinman FR has an idea of what the root of the problem is.

After test-RRoD’ing an in-warranty Phat 2008 Xenon, I have a theory that MS was (and still is) having latency/response issues with the Kinect hardware and used one of these updates to speed something up, possibly XB360 memory speeds or access times, and some of the older 90nm hardware just can’t take it. There are LOTS of people who owned older systems that melted down immediately after the update/Kinect hookup – far to many to be a coincidence and even MS support admitted to me that repair call volumes were extremely high.

There is definitely something going on, as my 2008 XB360 Phat was rock solid before that and had never crashed once since I’ve owned it, while both my Phat Jasper Elite and Slim 250GB ran the updates with no problems.

We may never know why but if you have an older Xbox 360 you might want to think twice about getting a Kinect. Have any of our readers have their system die after connecting a Kinect?