E3 this year was insane. After last year’s emphasis on next-gen consoles, it was invigorating, and for all intents and purposes, relieving, to see the mega onslaught of games E3 2014 threw in our faces. Gamers were reassured that the $400 or $500 investment will pay off big time, and more importantly, soon. Well, soon-ish. Hashtag 2015. There were some memorable moments at this year’s E3 — No Man’s Sky, the re-mastering of Grim Fandango and Phantom Dust, Bloodborne — and what is exciting is that they all had to do with games, causing players everywhere to twitch for two reasons: happiness, and fear that their significant other will leave them after the fourteenth consecutive all-nighter (plus the subsequent job loss). The list of titles at E3 this year is huge, and it will keep us distracted until release dates are consistent and there gaming dry spells end. Even with the strength of E3 2014 and the promise for the future of gaming, questions endure. Will we start seeing in our games what developers promised and showed at E3 2013? Are these next-gen consoles beginning to feel “next-gen”? 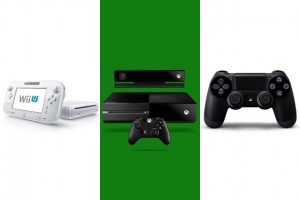 Last year, we were shown games with unbelievable visuals, concepts so complex they had to be next-gen, and worlds that are living and breathing where NPCs roam freely, independent from scripts and moments triggered by the player. Fast forward to now; the games released thus far have delivered on the visuals — that’s about it. Watch Dogs allows the player to traverse an enormous city filled with citizens who have their own back stories and can be manipulated in unique ways. Infamous: Second Son looks amazing. Battlefield 4 has… bigger guns? Graphically, these games could not be done on the processing power of the now last-gen consoles. And yes, Watch Dogs felt a step closer to next-gen. The world was a glimpse into the real, alive and breathing playground’s provided in the sneak peak at E3 2013 as you can use your super hacking phone to research each citizen in the world. A small feat at first glance, when looked at from a technical and processing angle, incredibly difficult to implement, especially with the older consoles. However, what was promised last year has not (yet) manifested in a fashion that has evoked a sensation that what was experienced could have never happened on last-gen consoles.

Now, the lack of “next-gen” feeling games is not a bad thing. Far from it. It is not the developers’ fault the games that have been released have not felt too extraordinary in terms of next-gen capability. Simply put, it’s good marketing. There are millions who now have their next-gen consoles, while there are arguably more gamers who still have their last-gen consoles. Those individuals are either waiting for more games to be available for next-gen consoles, they cannot afford to make the switch, or they simply do not want to switch over because they are still having fun with their last-gen console, and there are still plenty of games to be released for them. There is still money to be made with last-gen consoles, and developers know that if they release games solely on their next-gen console the game’s performance may suffer had it been released for both last and next-gen. Not to mention the fact that shareholders that need to be pleased. Consequently, soothing the demands of both the future and the past in turn causes sacrifices to be made to the next-gen version, decreasing the game’s next-gen-ness as a
result. 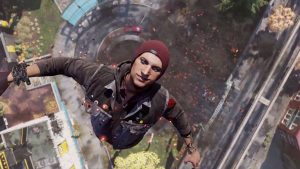 Yet the games that have promised a next-gen experience have fallen short. Infamous: Second Son, in terms of graphics, outperforms most, if not all, last-gen titles and could not be recreated on last-gen hardware. There is no doubt that the game looks one hundred percent next-gen. As your mother has probably told you many times, looks are not everything. Although the game looks unreal, the mechanics and otherwise are not singular experiences of next-gen consoles; they could be emulated on last-gen–with perhaps less moxy. But, to reiterate, it is not a bad thing Infamous and others do not provide moments or mechanics unique to next-gen. The question isn’t if the games released should be faulted for not being entirely next-gen, it’s if next-gen is starting to feel next-gen, and if we as gamers are entering a new era of gaming. With the lineup of titles set to release this fall and next year, will these future games fully envelope the next-gen promise?

To answer bluntly — yes they will. Granted, some of the games shown at E3 look like they could still function on both generations, while others appear as though they have ditched last-gen completely. As E3 progressed, and trailer after trailer was shown, there was a trend as each trailer concluded with the phrase “only for PS4 and Xbox One”. This exclusivity shows that developers are focusing all their attention on next-gen, with some love for last-gen here and there. For the most part, last-gen has begun to make its (very) slow exit. Most of the games exemplified the next-gen concepts and ambitions E3 2013 showcased so heavily, only this time, they felt much closer to being realized. The Division and The Crew are two prime examples of what next-gen can and will be. Each have the player move through worlds seamlessly, traversing between single player and online without pause. Joining your friends to take over an objective in a massive post-apocalyptic world, while running into an enemy squad in The Division, seamlessly transitioning between single-player and multiplayer, or driving the entirety of the U.S. never having to wait a horrible moment watching a loading bar fill up in the bottom right corner of the screen in The Crew. It’s not just that these features are cool, it’s that they could have never been done on last-gen consoles. And, more importantly, much like that part in The Lord of the Rings: The Fellowship of The Ring, where Pippin drops the ball and Gandalf realizes all the goblins and their mother are on their way, “They are coming”.

Next-gen power is very real. The discussion of “What is next-gen?” has been far more prevalent this generation around then it has in the past, which is both bewildering and concerning. Bewildering because the capacity of these machines is evident and obvious. The potential hasn’t made its appearance quite yet only because the games haven’t made their way into our greedy palms where we can play them and live them every day. Commenting perfectly on why the increase in this discussion is concerning — it seems as though all patience has left gamers and they are more concerned with the games being available right god damn now rather than appreciating that there are things being done in gaming that have never been done. There is a gridlock in the gaming community between “there’s nothing good on next-gen consoles!”, “I can’t wait to buy my next-gen console!”, and the ever present outcry from the PC community, “we’ve had next-gen capability for years now!”, leading to discussions of when will we get our next-gen games. Patience.

The response to this feature’s question and the apparent concern of the gaming community is yes, next-gen is starting to feel next-gen, and it has been since the consoles made their debut. Gamers have not had experiences like The Crew or The Division, but those days are coming soon. Perhaps these discussions are product of the extensive life span last-gen consoles saw, evoking impatience for these next-gen games. Whatever the reason, the answer is clear — next-gen is starting to feel next-gen. If it hasn’t felt truly next-gen yet it is only because these consoles have just been born, and gamers remain with their PS3s , Xbox 360s and Wiis, leaving developers to appease both markets. Eventually, all developers will make the transition to making next-gen only games because they want to take full advantage of the power available. Once next-gen gets into gear, churning out more games then we will know what to do with, it will kick our ass and rue the day we ever doubted it. As a gamer, I just want to say good luck to all of you when those days arrive — our wallets and loved ones are going to break up with us.