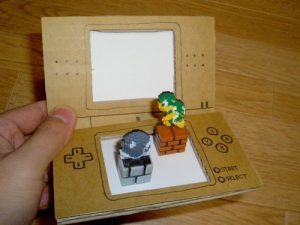 japan.internet.com reported on goo Research’s fourth regular survey into consumer games machines. From April 2-6 an internet research poll was conducted. The sample was 52.9% male, and the age breakdown was 16.1% teens, 17.8% twenties, 21.5% thirties, 16.2% forties, and 28.3% aged fifty or older. So the question was:

“Would you like to get the recently-announced Nintendo 3DS, featuring 3D that doesn’t require special glasses?” (Sample size=702)

From a country that is known to jump on the latest gadgets (They really are the worlds early adopters.) this is not a good sign for Nintendo. Maybe things will turn around once the 3DS is debuted at E3 this year?

Right now I have to put myself in the “Don’t Want It” crowd. 3D has never been a friend of mine. If you get migraines you know how stressful this 3D craze is. I hope this is just a fad that goes away soon.

But I may be in the minority. Is anyone looking forward to 3D gaming, TV, and Movies?