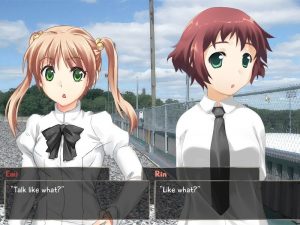 The Katawa Shoujo visual novel is still a ways off, but that doesn’t keep little extras from popping up in the meantime. User Deltakurshiva has submitted a set of Firefox skins for each of the girls as well as one with 5 (sans Misha) in SD form. 4 Leaf Studios released a demo of the game last year and have been working on the game since then, but still haven’t announced a release timeline. They have also recently redesigned Emi’s character to make her seem a little older and improve her art. You can follow their development announcements at the blog and website.