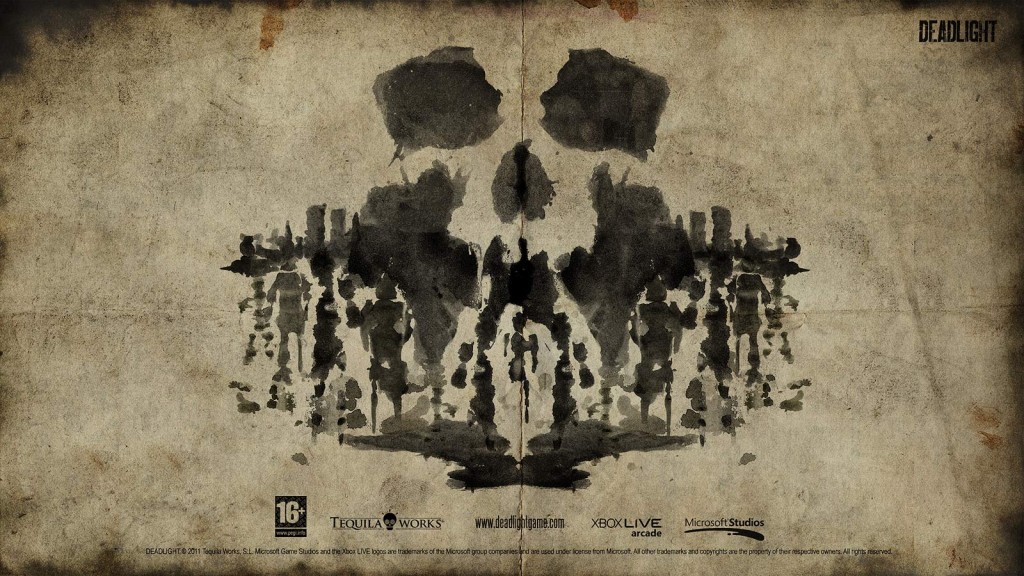 In all honesty I am a sucker for an interesting world and an intriguing story. When I was younger and my parents bought my games for me I was willing to play just about anything, as long as the premise had me hooked I was more than willing to sit down and enjoy. But, now I have a job and a budget, and not a large one at that. So buying games is done with two ideas in mind: is this worth what I am paying for it and will I have fun? The latter question is particularly important, because if the game is not fun I probably will not end up playing it for very long.  So, Deadlight, a game made by Tequila Works, comes along and impresses me in advance with its zombie hordes and 1986 setting. Unfortunately, that good first impression did not last long, as I realized how difficult it is to survive the zombie apocalypse when faced with awful controls and frustrating gameplay.

Deadlight has you taking on the role of Randall Wayne, a gruff voiced survivor, who has banded together with some others and wants to find his family. Right off the bat, those “others” basically leave you for dead, and so alone in Seattle Wayne must live long enough to see his wife and child again. Insert zombies here. Deadlight up front sets you up to be afraid of a few zombies; you cannot just mow down hordes of the undead with any weapon at your beck-and-call. Wayne starts without weapons; all he has is his wits and the environment to use to kill or more likely escape from the “Shadows”. That is a primary goal in the beginning of the game. Escaping from the dead is more important than killing them; alive is alive, even without racking up a huge body count. The most interesting part of this game is how well it opens, but that quickly loses momentum as Deadlight ignores many of the rules it establishes early on, the biggest one being that zombies are not to be messed with in numbers.

I want to keep bringing up the less problematic sections before I get into the parts of Deadlight that made me realize how frustrating this game was. There is an ambience that stays fairly level throughout the journey through Seattle. The world has a gray/blue color palette for most of its design but mixes it up with other color cues to lead Wayne in specific directions. Important items, and pieces of the environment, will be outlined in brighter blues and yellows to signify: “Pick this up!” or “Climb on this”. Deadlight also uses shadows and dark areas effectively to give the game a sense of dread and fear. Even in daylight cars and objects in the foreground may be completely black, this will help you both realize where to climb or run and constantly insinuates this idea of a dark world, one with shadows cast upon everything. The music is not played too often; much of the game’s audio is noises from the city, car alarms, and shuffling feet. This makes it feel like you are hearing only what Wayne hears, only the sounds of his surroundings. But, when a track does come on, usually in a cutscene, it easily evokes that eerie feel of loneliness, despair, and fear that should be found anywhere near zombies. Now, the cutscenes themselves are animated illustrations, with use of heavy contrasted light and dark colors. They look great and feed into the darkness and calamity Randall and the rest of the world is facing.

The collectibles in Deadlight help shed light into more of Randall’s past. Diary pages unravel some of the mysteries behind the story of the game and give a better glimpse into Wayne’s inner thoughts and motives. Driver’s licenses can also be found throughout the game, on dead bodies strewn about the different environments, each of these are small Easter eggs that if followed lead to interesting story possibilities. In relation to the story, Deadlight uses flashbacks and dreams to help develop Randall as a character and shed more light on what is going on between him and his family, and how the rising dead have changed everything for him. They are few and far between but add a nice change of scenery and tone to the game, as well as bring up questions as to who Randall Wayne really is, and what he has become since the dead have come back.

The look, the sounds, and the setting all point toward the possibility of a great game. Unfortunately, Deadlight stumbles too quickly for anything to take hold. Even with the great world and ambiance, the dialogue becomes heavy-handed and Randall Wayne’s voice sounds a little too close to a heavy smoker, or Christian Bale’s Batman. But, even with these intense scenes becoming a little awkward, the game is able to keep its horror theme going so that you are more worried about the “Shadows” and less about what Wayne will say next.

By far the most frustrating aspect of Deadlight comes from the game parts of it. It amps up the difficulty without warning. This would be fine if it were not for the fact the controls can barely keep up. Using the sprint button to get a running head start for a long jump becomes a small hop because of timing error. Randall has to make some distanced leaps off of ledges that look like they can barely fit him, let alone allow him to sprint for an extended time. I found myself jumping into hordes of zombies many times because I could not perfectly stick a long jump; after playing the same section four or five times because of this, the game was no longer any fun. Also, the cues that were so apparent before begin to get lost with all of the commotion in the later levels. Not having a clue what to do, or where to go, is a possibility; one that had me stuck in areas for long periods of time pulling my hair out and wanting to kill Randall myself. This comes into play heavily at one section. Two words: Sewer Level.

Finally, as Deadlight moves into its later acts, small numbers of lurking undead become larger groups swarming Randall Wayne. Even when Wayne finally gets his weapons the zombies are still almost unbeatable in greater numbers. You are expected to think on your feet and escape because fighting becomes too difficult, but the issue is that with the unresponsive controls Randall will end up in a brawl. The fighting leaves little to be desired but a Prozac because it causes so much frustration. When escaping is barely possible and fighting is a death wish, players may look into the only other way to end their misery: shutting off the game.

Deadlight will teach players to fear the dead, fear the living, and to fear laggy controls. For everything it does to build an amazing world, it stumbles when trying to put together the parts of the game that truly matter. Even if it looks good, sounds great, and has zombies does not mean that it will be fun. Unfortunately, Deadlight proves that at every game’s core there must be some level of enjoyment for the player, or they will stop playing.