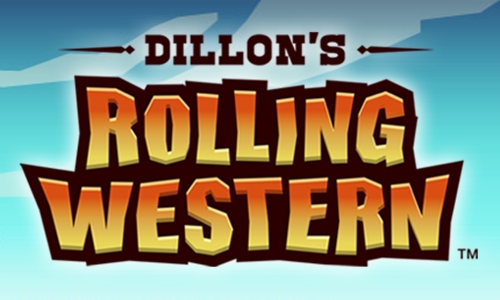 As you might have guessed, you play as Dillon, a rough and tough Armadillo who is trying to make an honest living by playing sheriff. He and his sidekick Russ travel from town to town, helping out villages that are being attacked by Grocks. There are 10 villages in total, and you’ll spend three days and nights in each one.

During the day, the game feels similar to The Legend of Zelda. You’ll explore an expansive overworld, while searching for mines, which often house resources that you can use to beef up a town’s defense. You can also collect white flowers and donate them to the village, which increases their Scrog herd (the equivalent of the town’s HP). You’ll also visit the village, where you can sell items to earn cash. Cash can be used to purchase a variety of weapons, from claws to saw blades. At night, the game turns into a tower defense, except you can use Dillon to attack the incoming Grocks (with the help of your defense towers) and protect the Scrogs. You engage a pack of Grocks by rolling into it. From here, the game moves to a separate battlefield (not unlike an old-school JRPG), where you can perform a variety of attacks. If you’re using claws, you’ll tap the screen to unleash a handful of swipes, while holding down the stylus will activate your saw. There are a handful of Grock types (ones that shoot projectiles, one that ram into you), so the battles never get too stale. 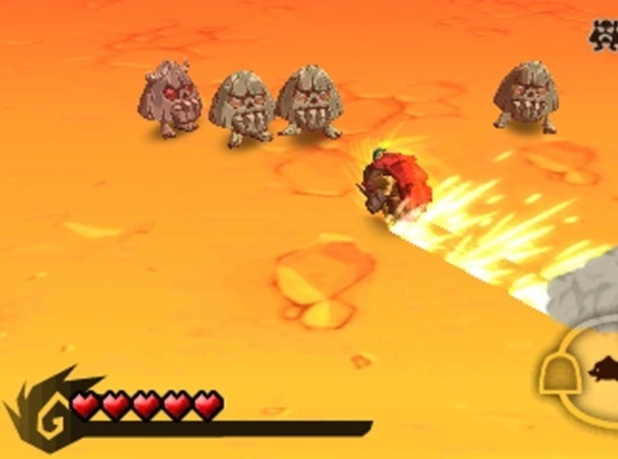 While Dillon’s Rolling Western is fun and charming, there are a few issues that will rear their heads every so often. For some reason, there is never a clear indication of the passage of time, which is a problem since you can only go into town and upgrade during the day. Instead, Russ will simply inform you that night has fallen, and you’re whisked away to do battle. The game also fails to explain all of the gameplay mechanics. For example, Grocks can be monitored on the touch screen, but they can only be seen if they are within the range of a tower. This is never explained, and I found myself scrambling back towards the town’s gate, because a few Grocks slipped by undetected.

While the story mode is tons of fun, it can wear on a bit too much, and by the end of it, I was simply going through the motions. This isn’t helped by the control scheme, which forces you to use the shoulder button and slide pad with your left hand, and hold the stylus with your right. While right-handed gamers can eventually adapt to this setup, left-handed players will find themselves frustrated. Unlike Kid Icarus: Uprising, there is no support for the Circle Pad Pro.

Disclosure: A copy of the game was provided by Nintendo of America.