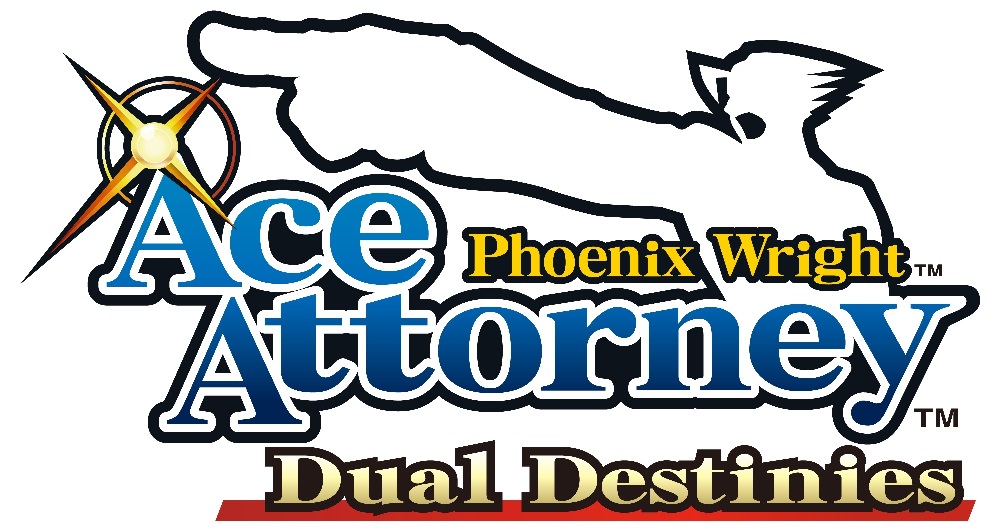 The Dark Age of the Law: where people’s faith in the justice system has wavered, and attorneys and prosecutors alike are suspected of forging evidence to get their way. This unfortunate state of affairs was kicked off courtesy of the events in Apollo Justice, and now the legendary Phoenix Wright seeks to undo the damage of the past and prove that the system is not as broken as it once seemed. Set one year after Apollo Justice, gone is the Jurist system; the court has reverted to the Judge and his gavel being the deciding factor, and the tension is even higher thanks to a courtroom bombing during the introduction. With the help of courtroom veteran Apollo Justice and fresh-faced junior attorney Athena Cykes, Phoenix seeks to rise from the ashes once more and deliver the ultimate turnabout: one that rights the course of the entire legal system.

Since you play as series veterans Phoenix and Apollo, Dual Destinies combines many of the facets of the previous Ace Attorney titles (don’t worry there aren’t that many psyche-locks to break or twitches to catch), but the game also brings some new things to the table. The bright and cheerful rookie defense attorney Athena Cykes joins the team, and she brings her computerized assistant Widget. Athena has training as a psychoanalyst and access to a program called Mood Matrix, letting her sift through the emotional content of people’s testimonies and find when their words don’t match their delivery. This becomes a key part of several cases, almost to the point where it outweighs the evidence at times, indicative of how far the value of evidence has fallen in The Dark Age of the Law. 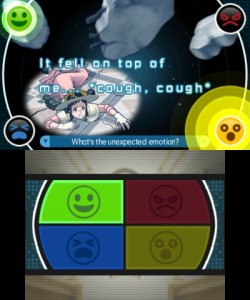 The opposing side features a new prosecutor named Simon Blackquill (two if you count Winston Payne’s brother Gaspen in the first case). Blackquill sports a personality that is a cross between a samurai and a goth: dark and brooding, yet confrontational and honor-bound in his own way. He was imprisoned on a murder charge but let out to prosecute the cases in Dual Destinies (don’t think about it too hard). Like Athena, he has some training in psychology and skillfully wields it to twist the court proceedings into his favor. He is joined by new detective Bobby Fulbright, in many ways the antithesis of fan-favorite Dick Gumshoe: Fulbright has sparkling demeanor and is driven by nothing but a larger-than-life concern for justice. The three new characters – Cykes, Blackquill and Fulbright – all make interesting foils of one another, and their interplay and character development are the real driving forces of the game.

Along with several new cast members, the other major addition to the game is the ability to rotate the room and search from different angles during investigation mode. It allows for more complex searches, but besides the new 3-D aspects, the investigation procedures are fairly unchanged: you go from location to location interviewing witnesses and searching for clues by tapping on items in the environment. The tried and true method still works well, though I would still like to see the return of more forensics, like Ema Skye’s fingerprint analysis and Luminol spraying. 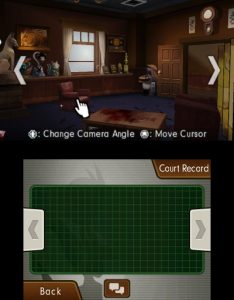 Dual Destinies offers five cases and weaves them together in an intriguing fashion as the Wright Anything Agency comes face-to-face with this new age in the courtroom. The cases and the circumstances around them bring up some interesting concerns about ethics and morality that could apply to the real world as much as they do to the game. Even though Dual Destinies does still feature the same kind of ridiculous logic and wacky characters as previous iterations, it still manages to make some strong philosophical points, and it does so in a way that makes you think about how the cases really tie together as you play. The way the cases flow from one to the next is well done, and the only real story complaint comes right at the very end, but only because I had constructed an ending in my head that was different than what the creators had in mind.

The only other “Objection!” with the game is one that has been endemic since the start of the series: you can’t let yourself think too far ahead. You may know that there’s a piece of evidence that will get to the heart of the matter or even have an inkling of who the culprit is, but the linear nature of the game forces you to make your arguments in sequence, even when you know that you’re setting yourself up for more trouble as a result. Fortunately, if you do screw up too much, the “Guilty” verdict is only a momentary inconvenience; in most cases, you can choose to return immediately to the moment of your failure and try a different tactic, and if you’re having trouble in Athena’s first case, Apollo offers you advice to help pinpoint exactly which statements to target with objections. So series newcomers get a lot of chances to figure out just how to approach the game without much penalty. 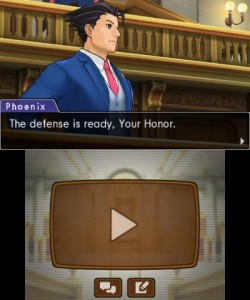 Being the first 3DS title in the series, Dual Destinies received a graphical upgrade, and it takes advantage of the handheld’s 3-D display. The returning characters have received some minor design changes, too; for example, Phoenix now sports a nice vest to go with his blue suit. The character designs work very well in 3-D, though Apollo’s shocked reaction looks pretty ridiculous, even moreso than in his own game. Beyond that, the rest of the character animations look great, and some of them are downright hilarious at times. The game also features a few short, animated cut-scenes at key points, and you can rewatch them in the gallery that unlocks post-game. The graphics are matched by well-composed soundtrack and some fairly solid voice acting, headlined by Wendee Lee (Athena) and Sam Reigel (Phoenix), though there isn’t much of it. Even though you’ll be reading most of the lines yourself, the dialogue is still great. Capcom’s localization staff worked their magic once again, filling it with both drama and humor, including some well-placed cultural references.

Overall, with its twists, humor and shiny, new graphics, Dual Destinies is a great addition to the Ace Attorney series. While it’s unfortunate that it didn’t see a physical release in North America, that should not stop fans of the series from picking it up. And since it does not rely too heavily on previous cases, it makes a good place for new players to jump in, as well – as long as they don’t mind the text-heavy visual novel style of the game.