After their recent release of Scribblenauts Remix on iOS devices, 5th Cell has crafted an entirely new game, which is now available for iPhone and iPad devices. Run Roo Run doesn’t tread new ground in any way, but for the low asking price of $0.99 (or $1.99 on the iPad), it’s a bargain that shouldn’t be passed up by anyone.

Players take control of Roo, a mother kangaroo who sets out to rescue her poached joey. The game is a 2D platformer, which is comprised of 420 levels which are grouped into chapters. The twist is that each level takes about 2-5 seconds to complete, and takes place on a single screen. While many gamers are opposed to games that solely use touch-screen controls, Run Roo Run pulls it off perfectly. Roo runs automatically, and players control her by tapping the touch screen, which makes Roo jump. Over the course of 20 chapters, new obstacles and tools will be introduced, including springs, crumbling platforms, cannons, oil slicks, and portals. With the levels leading right into each other seamlessly, Run Roo Run is a hard game to put down. Don’t be surprised if you find yourself beating the game after a couple of sessions. 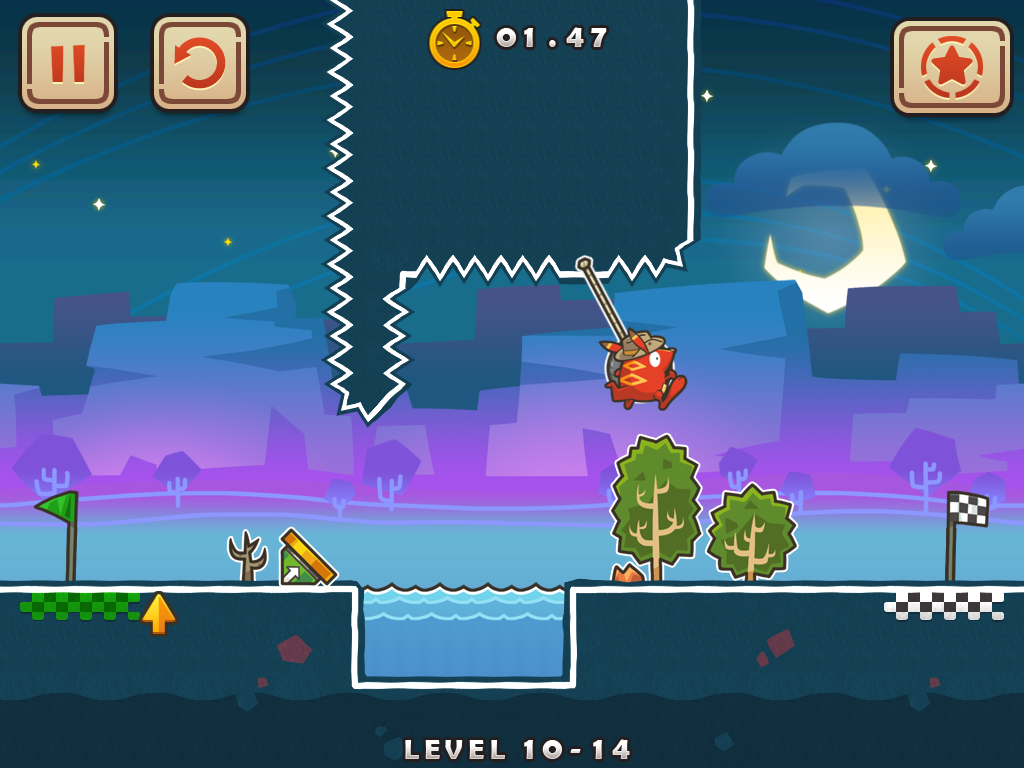 In terms of presentation, the game is very familiar to those who have played any of the Scribblenauts games. Run Roo Run features a charming and simplistic 2D art style, though it would have been nice to have seen some more variety in the backgrounds. The music is quite good, which is something we’ve come to expect from 5th Cell. Most of the game’s music is very relaxing, but the main theme is quite catchy, and I found myself humming it from time to time. One flaw that stands out is the game’s balance. Each chapter is composed of 15 normal levels which are very simple, and most gamers will be able to breeze through them quite easily. However, the 120 extreme stages can be brutally difficult, and many of the jumps require an extreme amount of precision. While the game isn’t impossible by any means, a steady difficult curve would have gone a long way.

All in all, Run Roo Run is a solid platformer, which looks and sounds great. Despite the balancing issues, it offers a surprising amount of depth and content, and with the promise of free weekly levels, it’s a game that is very easy to recommend.