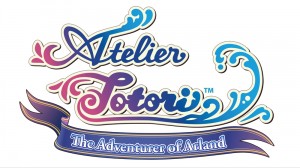 Atelier Totori: The Adventurer of Arland is the second Atelier game for the PS3. Produced by Gust and published by NIS America, the game takes you back to the country of Arland about five years after Atelier Rorona, and will be followed next year by the recently announced Atelier Meruru.

The game opens with a young girl named Totooria Helmold – Totori for short – in her hometown of Alanya. She and her childhood friend Gino dream of becoming adventurers one day, but for different reasons. Gino has the classic dream of becoming a big, strong, famous fighter, but Totori just wants to find her mother. Gisela, her mother, was a famous (or infamous, depending on who you ask) adventurer known for having a larger than life personality and amazing stories to tell. Unfortunately, she disappeared during one of her adventures some years ago, and Totori’s sister Cecilia has already given her up for dead. Totori believes she’s still out there somewhere, and hopes to find clues to her whereabouts as she adventures.

Totori had the fortune of previously being a student of Rorona, the protagonist of the previous Atelier game; so, as she journeys, she will also find new recipes for her to try out at her workshop. She’ll also come across other adventurers that she can team up with as the story progresses, including some familiar faces for those who have played the previous game. What’s nice about the story of Atelier Totori is that she’s not out to save the world or become the hero of some 10,000 year old prophecy; she’s just a girl trying to find her mother. She’s a simple protagonist, and that makes her much easier to connect with as you play, which definitely adds to the weight of some of the game’s more emotional moments. Overall, it’s a really nice change of pace as compared to so many RPGs out there. 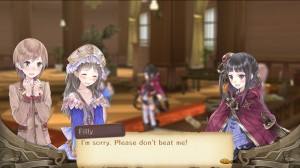 The subtitle of the game is The Adventurer of Arland; so, you might expect that there is a larger emphasis on exploration as compared to Atelier Rorona. Totori and her companions cover a much wider map than Atelier Rorona did, letting you eventually cross oceans as your search progresses. However, inside most of the locations, the maps seem much smaller than those in the previous game, and it does limit some of that adventurous feeling. Because there are so many different locations, the developers may have wanted to limit the size of them, but it feels like they shrunk them down too much. Hopefully the next title will hit that balance between the two. The game also incorporates a fatigue system that decreases as you travel across the map, and as it reaches certain thresholds, your characters’ performance in battle will go down. You can replenish your energy by either eating certain foods or resting at a town. It’s a nice way to keep you from just running blindly across the map, forcing you to plan your adventures a little more.

As you adventure across the map, you’ll occasionally get into random battles against enemies, but for the most part, your fights will happen inside of locations. Inside these locations, you’ll also find a variety of treasures and gathering points. At the gathering points, Totori will be able to search for alchemy ingredients, and each search costs time; so if you’re up against a deadline, you’ll have to be careful not to waste too much time. As you run around searching, you’ll be able to see the monsters coming, and if you strike them before they reach you, you will get a preemptive attack, which can make the battles much easier. Battles are turn-based with no active elements, and you can have a maximum of three people including Totori. Totori and Rorona are the only two who can use items in battle; so the rest of your team will be spending their time attacking and using special skills. Fortunately, Gust got rid of the mechanic where skills use up HP and replaced it with an MP system, which makes things a little more manageable. As a result, battles have a very traditional feel with a very easy learning curve, and if you keep up with your equipment, most of the battles won’t be too challenging. As your friendship with your companions increases, you’ll also get more chances to have follow-up attacks in battle, getting the chance to do twice as much damage per turn. It would be nice to have a little more variety in the battles, but it certainly doesn’t ruin the game. 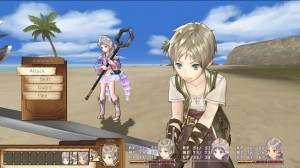 Of course the game isn’t just about exploring and fighting: Alchemy is a key part of any Atelier title. You will either find new recipes in treasure chests or they’ll be given to you as part of story events. You can then create a variety of items at your workshop in Alanya or at Rorona’s place in Arland. Luckily, they are connected together so you don’t have to tote ingredients back and forth with you. You’ll have to create healing items to help you in battle as well as cloth and metal for weapons and armor. You can also create various accessories and tools that will help make exploring easier, as well. The system feels a little simplified from its predecessor, but it still feels very familiar and just as addicting. Totori uses up her MP as she performs alchemy and if she runs out, there is a much greater risk of failure. And each alchemy attempt takes time to perform (sometimes taking four or five days per item); so, as with adventuring, you will have to plan your time carefully. Luckily, you will eventually be able to give your items to the local shops for them to recreate, saving you a lot of effort on commonly-used items. You’ll also eventually get an adorable little assistant (or five, depending on how you do) who will gather and perform syntheses for you, and all they ask for is pie.

Between all of the adventures and alchemy, you’ll also need to perform quests. They will either consist of gathering items, killing certain monsters or creating things with alchemy. Most of the quests will give you a deadline of two to three months; so you rarely have to rush when you take one on, but getting them done will also give you points towards your adventurer’s license. Where Atelier Rorona had missions that you must complete every few months to proceed, Atelier Totori gives you more freedom. You only have to increase your adventurer rank to a certain level after three years and then again two years later. It keeps you from feeling time pressure, but it can also leave more structured gamers at a loss of exactly where they should be going. 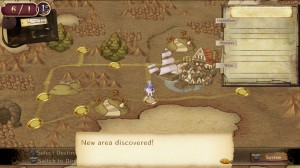 The game’s music is absolutely fantastic; I could listen to the included soundtrack for hours on repeat. The mixture of flutes, pipes and stringed instruments really gives the music a simple, rural feel that fits the game perfectly. The music does pick up a bit during boss battles without getting too over the top; so you’re not just listening to a pleasant flute solo while fighting a giant dragon. Overall, I would say that it might be one of my favorite soundtracks. As DLC, you can also download songs from previous Atelier games to play in battle and at your workshop to provide more musical variety. The game’s voice acting is unfortunately not as good as the music, but that would be hard to do. In most cases, it is sufficient to get you through the game without too much distraction, but there are times where hearing the same thing over and over again in battle gets tiresome. There seems to be a little more variety in the Japanese voice acting than the English, but if you’re playing through the game over and over, you might start to get tired of it. Especially when you have to sit through the same story dialogue for the third or fourth playthrough.

The graphics also feel just right for the game. The cel-shaded characters and backgrounds look great, and the character designs have a certain simple charm to them. During dialogues, the characters are given more detailed portraits with a few different emotions. It would be nice to see them try animating the characters more during dialogues, but the current designs certainly don’t hurt the game at all. Sometimes, the locations start to look a little repetitive, but not so much that you’ll forget where you are. Overall, the graphics are a nice change of pace from the more high-definition, ultra-realistic attempts seen in most modern games.

For the most part, almost all of the changes Gust made between Rorona and Totori were in the right direction. The game is definitely an improvement over the previous title, and I hope that Atelier Meruru can continue that trend. If you enjoy JRPGs at all or have a compulsion to collect things, you’ll probably get some enjoyment out of this game.