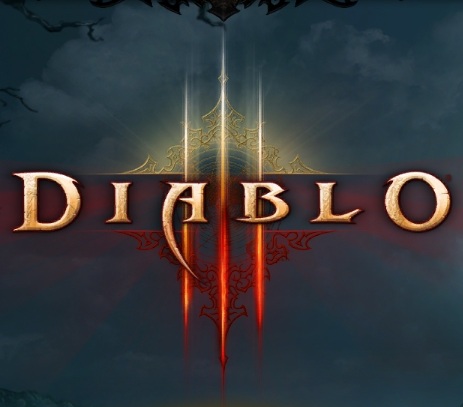 After twelve years, if there was any thought that Blizzard would not deliver an amazing sequel, your doubts can now be erased. They did a great job, and they should have. Having over a decade to improve upon a sequel seems like plenty of time to put the necessary work in, to make the newest installment in the Diablo series the best of its kind. But, that time can easily work its way into being a double-edged sword: more time to work can also mean more time to make mistakes and, unfortunately, more time to disappoint fans. For Diablo III, though, there are no major disappointments and this time has been used wisely to create an amazing experience.

My experience with Diablo is somewhere between minimal and average. I played Diablo years ago and enjoyed every bit of the loot-dropping, hellspawn-killing fun. At this point, the game had probably been out nearly a decade, and I was just experiencing it for the first time. Diablo II, on the other hand, I never got to try. The game was very popular and came up in plenty of the circles I was in, but I was never able to get hands-on time with it. But to be prepared, I did do some research before coming into the trilogy so that I would not be clueless as to what was going on. Reading many wiki articles helped catch me up to the story and gave me a brief history of the characters and what has gone on in the game’s universe.

Diablo III has a rich storyline with a fairly vast lore. Books, comics, and small video featurettes have elaborated on this dense universe to give players a better understanding of what is going on in Sanctuary, the world which the Diablo series inhabits. But those additions are all moot if the game cannot deliver a story that is interesting on its own. For the most part, Diablo III‘s story does not take center stage for half of the game. The first couple of acts will have players mindlessly swinging axes and firing arrows at everything tinted red in hopes of killing that particular enemy which will drop some gold or loot. The story is there, but much of it is predictable and not very deep; players will get the idea that the enemies need to die and they need to kill them. It begins to pick up towards the middle of the game, somewhere in the late second act or early third act. The game’s narrative gets slightly stronger in that there is a better sense of what is going on in this universe. The antagonists here begin to get a clearly defined role, as do the protagonists who now start to finally have their own parts to play in the story.

Where the story may fall flat, the dialogue between characters and the lore that is found throughout Diablo III make up for it. The small conversations between the hero and his/her companions are very natural and carve out more of each character’s personality. The lore that is found is also one of the more rewarding features of the game. Killing monsters and finding documents from fallen enemies or allies will have a small paragraph of text that is read by one of the lesser seen figures. The information here expands on where the creatures came from and events prior to the game. I found myself eagerly awaiting the next new foe to understand more about the universe and what evils lurk in Sanctuary’s Hell.

Graphically, Diablo III is a great looking game. It is not generation-defining and probably will not push hardware too much but is gorgeous none the less. The character animations are powerful and defined, but still hold subtle aspects, like the Monk’s robe swaying while he runs, that made me sit back appreciate this game so much more. Even though the view is zoomed out and overhead Blizzard did not forget the minor details that make games like this unique. The art style looks like a Blizzard game, the world is realistic but still contains stylized elements, these both blend quite nicely and watching the game for hours never seems to get old. The monsters that inhabit Sanctuary look menacing and grotesque. They are “monsters,” and Diablo III does not play around with making their enemies seem goofy or out of place, every creature fits into that world. The environments are all distinctive, and as I traveled through them I never had the feeling that I had been here before or that it looked familiar to the level from the act before. At the same time they are cohesive; there is never a feeling of leaving the world, and players will move from one continent to another but still always seem to be situated on one planet. Diablo III may not be the most graphically defining title on the market but players will still encounter an amazing looking world and will likely find it a delight to be there. 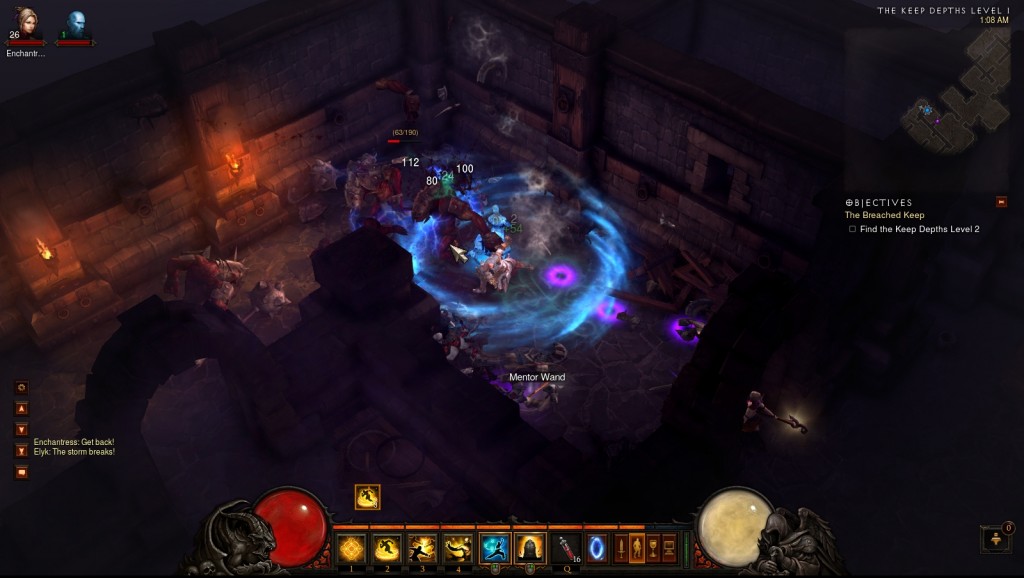 The videos between important points in each act and right before every new act are wonderfully designed. These pre-rendered moments are a joy to watch and display some of Blizzard’s true design power. The monologues by the player’s hero are done in a different way than the other cutscenes: Here the events unfold on the pages of a book as the hero speaks about what has happened. The drawings are detailed sketches that bring a unique, slightly-antiquated look that is not done very often in games. These in-between-the-action moments were nice derivatives that for the first playthrough could give a better understanding of the story and show some very neat sequences.

The audio is like many other Blizzard games: it has an epic soundtrack and great environmental ambience and voice work. The voices are all unique and the dialogue sounds natural between the characters. The music is great to say the least. It brings the player into the universe and can intensify the personality the universe creates. The horror moments are amplified with darker, resonating tones that sound as the player fights through haunted graveyards and doomed lands. The moments when players will be thrust into battle is accompanied by heavy-hitting, powerful tracks that bring players into the heart of the battle. Hearing one of the characters recite lore about why the monster was created and what it is capable of is a nice addition to the sounds of monsters and demons being cut up and crushed by the heroes. Blizzard created a world that feels very real and sounds amazing.

The most important feature of Diablo III is whether the constant sound of “CLICK CLICK CLICK” and feeling your finger go numb will be worth the twelve year wait for this game. Diablo III is just good fun. Destroying packs of wild creatures and slaying giant bosses alone or with friends is easily some of the most fun that has come out of a game in a while. Loot dropping every other second and seeing the nice flickering of the different colored items, each color meaning a different level of scarcity, will send messages to your brain to keep going, get more and more. The auction house with constant updates by other players and the power to make some decent gold very quickly is a nice addition. Now there is a sort of economic push to keep looting and getting great items, and when the real money auction house releases in mid-June, this drive will be even greater. Diablo III is a masterpiece when it comes to replayability. Having five classes players can choose from, four difficulties to successively complete, two different modes of play, and more items than any other Blizzard title to date, this game will be played for years to come. Blizzard has done it again. 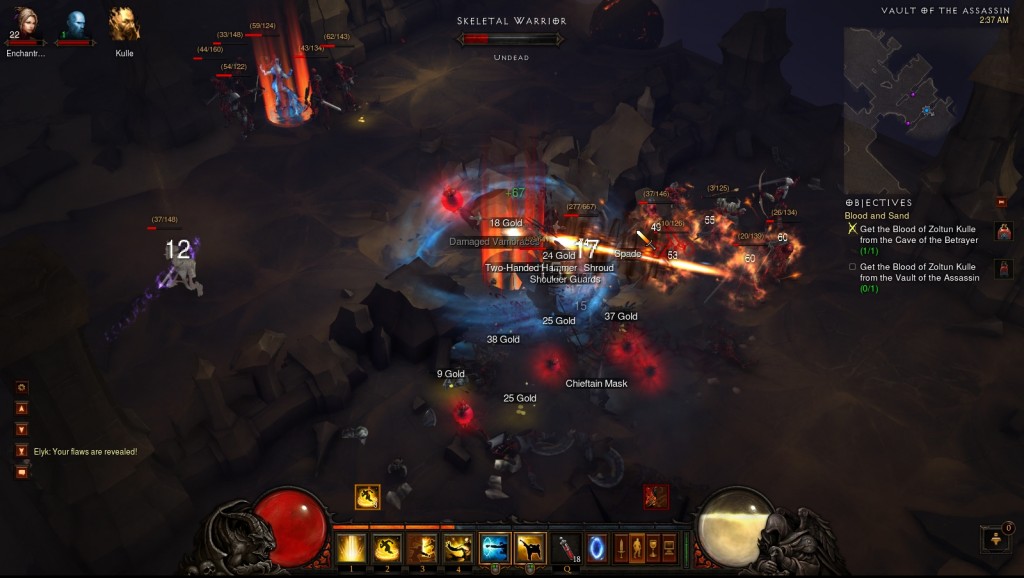 An important point to bring up that may hinder some people is the fact that an online connection is always required while playing Diablo III. This may not seem like a problem to some, but others may find this slightly intrusive when they just want to play a single player instance of the game. Players will be able to shut down all multiplayer aspects to stop others from joining their game but still will need a connection available. This was not a problem for me until my internet was poor while playing at a hotel. The lag from the shoddy internet caused terrible latency and playing was nearly impossible, enemies would be jumping all over the screen and my abilities were not always working.  Keeping pirates away and supplying the community with a constant stream of updates and fixes is a nice change, but their persistence may have some fans second guessing this great product on the grounds that the commitment to play requires too much.

Overall Diablo III is a fantastic game. It is fun and addictive with the possibility of years of replayability. This is a huge factor when considering most games are quick pick-up-and-beat scenarios that players will finish in four to six hours. If the beautiful and haunting world of Sanctuary does not pull you into this universe, the constant need to keep finding loot will. This game is a must play.