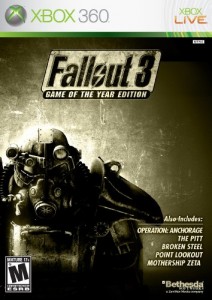 If you’ve never played a Bethesda game, they make “Open World” games, and Fallout 3 is no different. You have the option of following the “Main Story” or just explore and do your own thing. The entire game world is accessible from the start, unlike every JRPG ever made. There is no “winning” the game. Its about the exploration. So, as far as how long the game is, that’s variable. Officially the Fallout universe follows the same history as our own up to ~1950. At this point history changes. All the cool robots, toys, technology that was promised to the people of 1950 actually comes true in this world. This changes a few power struggles in history. The cold war happens between the U.S.A. and China instead of Russia. This eventually leads to a “hot” war, that ends in a full nuclear strike by China and the U.S.A.. Hence the title Fallout. The game takes place in the year 2277

“Main Storyline”:
The “Main Storyline” revolves around growing up in a nuclear fallout vault with your father and can be summed up as “Why oh why must my character have daddy issues?” All the action takes place in the ruins of DC, Northern Virginia, and Southern Maryland. If your familiar with the DC area, as I am, you will find they did their homework. The details put into the landscape, position of buildings, even the entrances to the subway lines are all where they should be in the real city.

The story is essentially a long road to complete the research project you father and his friends started ~20yrs ago.


Your father leaves the vault under mysterious circumstances. As you follow your father’s trail, you will meet the other members of the research team. Each time they will say “Oh your dad was just here. Sorry you missed him.” You do eventually track him down and agree to help him finish his project. What was he doing? He was making a radiation purifier for the Potomac River. With pure water, agriculture can be resumed. If you don’t have the Broken Steel expansion (see below) finishing the main quest will end the game.
[/spoiler]

And like most games, why is it that I’m out there trying to save the world, being very successful in this regard, and everyone still charges me money for everything? At the beginning sure, but after I’ve proven myself to be a selfless hero? Come on, throw me a bone here already. Although Leave It To Beaver Land was kinda trippy.

Broken Steel:
The Broken Steel expansion only becomes available after the Main Story is completed. It takes place 2 weeks later, and you continue the power struggle between the Enclave and the Brotherhood of Steel. The best part of this expansion is the Puppies! Perk. This causes one of Dogmeats puppies to appear at Vault 101 if Dogmeat dies. Essentially he becomes the one follower that can’t die. Dogs Rule!

Operation Anchorage:
A nice break from the Wasteland. Although it was kind of a bitch walking to the quest start as you have to travel a few subway routes to get to the right part of D.C. You’re technically in a US Army Training Simulator, very Matrix-like in it’s configuration, and playing a soldier from 200 yrs ago. The simulator was used to train U.S. soldiers for a possible invasion by the Chinese. No using the nice stash of weapons you’ll have collected by then. I swear they got R. Lee Emery to write some of the dialogue. Best Mini-Game Ever. Too bad once you’re done, you can’t replay it, but the reward is worth it if you’re a Power Armor user. Unfortunately, I was not. The Power Armor reward is also part of a quest from another character. He will hire you to find a “Great Prize” and send you pretty much everywhere but the Training simulator. If you get this armor and haven’t gone through his quest then when you run into the quest giver he will attack you. No I’m not gonna tell you who gives the quest. 😛 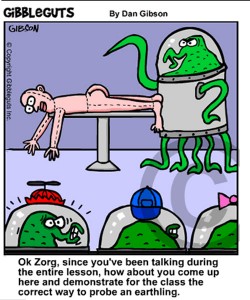 At least they should buy me dinner first. Weak Aliens with mega Guns. Started this on a Fresh Character. If you travel straight here you will have Alien Plasma Weapons before you hit level 3. If you stock up you’ll never have to buy another weapon ever. So this can be a little unbalancing in the beginning but as you raise levels tougher bad guys are thrown at you and you’ll need more than just a nice weapon if your going to survive. I got a say I was very impressed with the size of the ship. Although the level design was very linear. At one point you get to do a space walk and a ship to ship battle. If you survive you even get to keep the ship as a orbiting base of operations. Much Better than that shack you get in Megaton.

The PITT:
Leave the Ruins of D.C. to see the Ruins of Pittsburgh. The whole scenario involves you freeing a slave camp by becoming a slave yourself. Which means you lose all your stuff. It’s temporary but it’s annoying until you can grab some new gear off some dead raiders. Bring Teddy Bears. Lots of them. It will make sense as you play. And it wouldn’t hurt to have a high (75+) science skill so you can hack a few Protectrons to help out until you get your stuff back. You’ll earn a few perks while your here. Those make the whole journey worth the trouble. There was probably a “nice” way to complete the whole quest. I took the “shoot’em all, let God sort it out” approach.

Point Lookout takes you further into Maryland and is initially only pointed out to you as a place to explore. Once you get there the story revolves around a weird cult, zombies, and hillbillies. I actually got a quest to make moonshine. It’s sorta like Redneck Rampage mixed with Call of Cthulu. And unlike the linear story of The Pitt, Mothership Zeta, and Operation Anchorage this is an open ended area like the capitol wastelands. So explore, make moonshine, join a cult, or try to stop it. It’s all good.

The controls were designed pretty well. All interaction takes place in real time in either 1st or 3rd person views (Use 1st for combat, trust me). You can shoot from the hip, carefully aim manually, or enter V.A.T.S. for combat. V.A.T.S. (Vault-Tec Assisted Targeting System) pauses the game and allows you to aim at specific body parts. Each part will have a %chance to hit listed on it based on your skills, the weapon being used, distance to target, and cover the target has. This is great for performing head shots. Combat using melee weapons is a little harder. I rarely used melee weapons because of this. Although, if you’re looking for more of a challenge, it certainly won’t disappoint. V.A.T.S. does have the down side of being slightly weaker in damage and causes weapons to wear down faster, but if you build up your repair skill this will never be a problem.

If you wish, you can recruit a follower or two to join you on your journey. You will not have any control over your follower; so, if you plan on using sneaking tactics you will likely want to avoid having a follower. Otherwise, they all make great additions. I particularly like the dog follower. He is placed in a special follower position so you can have the dog and one other follower. As mentioned above with the Broken Steel add-on Dogmeat is continually resurrected. If Dogmeat is ever killed another dog named Dogmeat’s Puppy will appear at the vault you start the game at. Dogmeat’s Puppy has better stats than the original Dogmeat so you may want to kill him on purpose to get one of the puppies. I never found a reason to do this as the original Dogmeat was tough enough for my play style. Dogmeat can also be sent out on his own to search for items. He really is the best follower you can get in the game.

The Max level is 30 with the Broken Steel add-on (20 otherwise). Each time you level, Fallout 3 allows you to buy “perks” – special skills to help you out. These include such traits as Medicine, Sneak, Entymologist (to increase damage to insect enemies), and Vampirism (which allows you to heal from drinking blood or eating the dead). 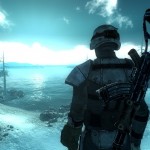 Fallout 3 introduces a Karma system. A players actions, including conversation and combat choices, affects the player’s status in the game world; a player who makes good decisions is received more positively by NPCs, and a player that makes bad decisions has the opposite reaction. Crimes can also be committed by a player, and whichever faction or group that is harmed by a crime are fully aware of the player’s action in most cases. Other factions that were not affected by the crime will not be aware of it, and since a town is usually its own faction, news of a crime committed in one town will not spread to another. Excessive good or evil deeds will cause a bounty by the opposite alignment group. Talon Company (If you are extremely good) or the Regulators (if you’ve been bad) will ambush you randomly anywhere in the over world (they do not appear in the subways or other subterranean areas). Karma also affects which followers will be available to you. Good aligned characters will not follow you if your have too much bad karma for example. And some require neutral karma. If your karma changes after you get a follower their is a chance that they will abandon you.

Graphics wise they performed admirably. Highly detailed environments, items, and NPC’s. Every NPC has been given a voice actor. This may result in 20 people sounding the same but all the main characters are given their own voice.

I really find it hard to find a fault with this game. A perfect 10. A definite Keep. 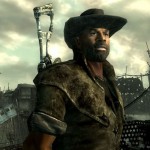 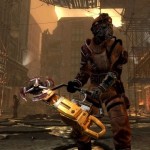