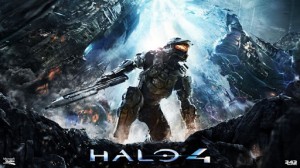 Since its inception in 2001, the Halo series has been redefining the first-person shooter genre. From Halo 2’s dynamic duel wielding system, to Halo: Reach’s skill selection and awesome assassination feature. And let’s not forget the stunning multiplayer that succeeded at not only immersing us into a fast-paced world of unpredictable combat, but also letting us spend countless hours in this world faithfully.

After the original developers Bungie stepped down from the Halo series in 2010 (the company is now developing the massive MMO shooter Destiny), fans were left wondering, “What next?” Well, late last year we were given our long-awaited answer with developer 343 Industries’ colossal Halo 4.  So does the game live up to the major hype that’s been surrounding it since 343 boldly rereleased the original Halo in 2011 with updated graphics? You bet it does. Halo 4 is a big step for the first-person genre in just about every category, but especially the game’s short-but-engaging storyline and revolutionary multiplayer experience.

Halo 4 picks up four years after the events of Halo 3, and Master Chief and Cortana are drifting through space. Eventually, they crash-land on Requiem, an ancient Forerunner (the creators of the Halo rings) planet. The events that take place from here on out are stunning, edge-of-your-seat moments. The game focuses on the relationship between Master Chief and Cortana, who is nearing the end of her life cycle, like no other Halo game has before it, and the inevitable result is heart wrenching. Mix this in with a truly compelling villain (Didact, a Promethean Forerunner), and what you have is one the best campaign experiences of the year 2012. 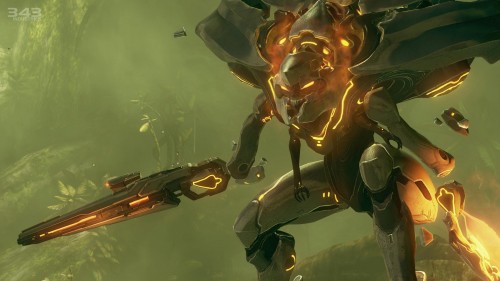 The cutscene graphics are top-notch, and the in-game textures are the most refined areas ever displayed in a Halo game. Character expressions are breathtakingly accurate; you can tell exactly how a character is feeling without ever hearing them utter a syllable. The multiplayer maps are addicting, the replay value is as high as ever (Haven is easily one of the best Halo maps ever conceived), and most of them are expertly designed (343 even includes a remake of Halo 3’s Valhalla, renamed Ragnarok).

The competitive multiplayer modes (collectively called War Games) pit players against each other in various match types, including Team Slayer (both big teams and smaller teams are available), Capture the Flag, and the highly addictive SWAT mode. Like previous entries, SWAT pits teams against each other with no energy shield, but the players have infinite ammo. The main goal is to score headshots while, of course, avoiding giving too many kills to the enemy team. On maps like the aforementioned Haven, SWAT is insanely unpredictable and absolutely exciting.

When compared to its direct predecessor, the weapon selection on Halo 4 is fascinatingly diverse. The player can choose from human weapons (including the powerful M739 Light Machine Gun, or “Saw”), good old reliable Covenant plasma weapons, or even some new Promethean weapons. Whatever your fancy, this game provides an unreal amount of weapons to fit all playing styles; even the oft-coveted Energy Sword and Gravity Hammer are still present on certain multiplayer maps and in the campaign. My only gripe about the weapon system is small and the same one I had with Halo 3: what happened to duel wielding? This is easy to forgive, however, because 343 instead decided to perfect and build on Halo 3’s system, and the result is a smooth but challenging combat system. It’s hard to ask for much more than that. 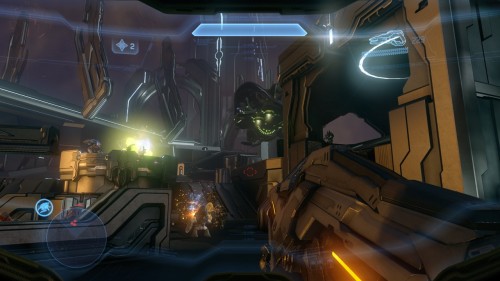 Making its return from Reach is the kind-of class system, where players can choose a perk as they find them or unlock them in multiplayer. This can range from timed invisibility, a shield that deflects attacks for a certain amount of time, or even a jetpack. One small change though, and it makes all the difference: running is no longer a class like in Reach, and is instead a natural ability. This has saved my life many times, especially in the campaign on higher difficulties.

The soundtrack during the campaign is a lot subtler than on previous entries, but it’s just as effective emotionally. Composed by Neil Davidge, the music is often movie-like, and when mixed with the game’s next-level cutscene graphics, it does feel like a cinematic experience at times. During gameplay, the music is more behind-the-scenes than anything, but it still adds to the overall feel of the game.

When it comes to bugs and glitches, Halo 4 is practically devoid of them. Of course, in certain multiplayer maps, some players have found glitches to exploit, but you can still tell that 343 put a lot of effort into eliminating as many technical issues as possible. It’s a nice change compared to the latest bug-ridden Medal of Honor title or even the latest Assassin’s Creed game (although the latter is at least fun to play regardless). 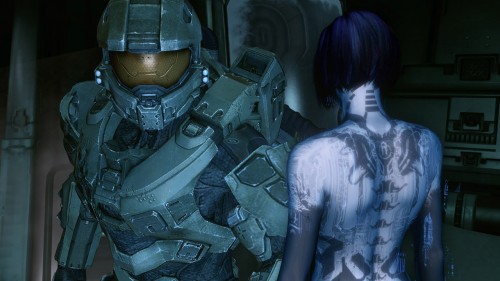 Halo 4 is without a doubt the best Halo game yet, and in 343 Industries caring and creative hands, the franchise still has many places it can go. The story is involving, the graphics are beautiful, and the voice actors are top-notch, especially Cortana’s Jen Taylor, who gives an impressively moving and psychotic performance. Every aspect of the game just meshes so well together, bringing a gaming experience that guarantees weeks and weeks of entertainment. If this is the future of Halo, then it’s a bright future indeed, and fans of the series should be proud that the franchise has landed in the lap of a company that loves the games just as much as they do.