Fans have always known what to expect from a Legend of Zelda game: you explore a world, you find some treasures, you conquer dungeons, and you beat up some monsters. With the exception of Link’s Crossbow Training (and, really, let’s just not talk about Link’s Crossbow Training), every game in the series has followed the same formula. On the one hand, this means that the Zelda franchise hasn’t been as overexposed and exploited, like the dozen or so different spin-off versions of Mario. However, there are also plenty of people that emerge with each new Zelda game to proclaim that the franchise is getting stale (although I’m perhaps being a little generous when it comes to their rhetoric). Nintendo seems to have taken these comments to heart, as their next big installment in the series promises a serious change to the formula. In the meantime, though, Nintendo has decided to take the franchise is a totally new direction, and has turned to Team Ninja, the folks behind Dead or Alive, Ninja Gaiden, and the infamous Metroid: The Other M, as well as Omega Force, the team behind all 30 or so Dynasty Warriors games, for help. The end result of this partnership is Hyrule Warriors, a pure action game that trades narrative depth and exploration for upgradeable combo systems and huge numbers of enemies. It’s definitely a new direction for Zelda, but it does raise the question: is it worth your time?

When the forces of evil attack Hyrule, an army recruit named Link is chosen as the newest Hero, and must defend the kingdom from the forces of evil. There, I have just summarized Hyrule Warriors; are we done here?

No? ….Fine. As you might be able to tell, the narrative is not this game’s strong suit. Instead, it is used as an excuse to drag you around to the various stages and set up the different scenarios. Almost all of the characters’ interactions and motivations are straight up told to us through narration, and story as a whole is bland and generic. At one point, it teases players with an interesting concept, as the party must split up and travel to different points in the franchise’s history. However, instead of showing events from previous games from a different perspective, Hyrule Warriors uses it as an excuse for a couple of nostalgia-themed levels, and nothing more. Sadly, the only noteworthy points I have to offer about the story is how little sense it makes. For example, the main motivation of the game’s villainess is that she’s in love with Link and wants him to herself (in that creepy putting-pictures-of-you-everywhere kind of way). Or the fact that, early on, Zelda feels the need to run off and pretend to be missing again, despite there being literally nothing accomplished by the ruse. All together, it just seems like a wasted opportunity, one that you’ll probably forget as soon as you turn the game off. 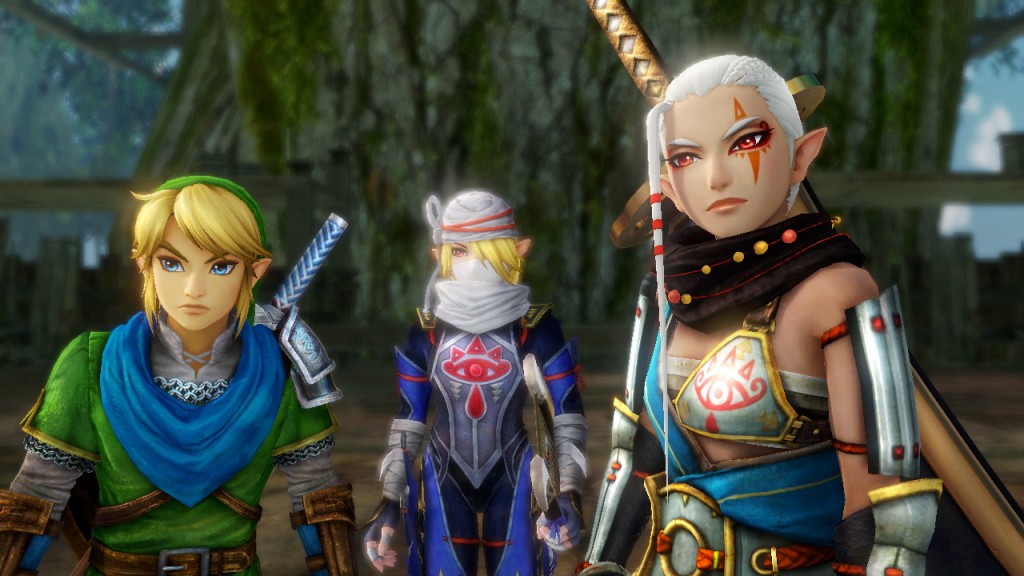 Each level in Hyrule Warriors’ story mode has the same basic setup: players will be dropped onto a battlefield and asked to help capture enemy keeps. By increasing your territory, you slowly stem the endless waves of fodder the game throws at you. While you’re doing this, you will often have allies who are out fighting on different fronts. Unfortunately, every character in the game not being actively controlled by the player suffers some sort of debilitating muscle disease, as they are completely helpless, and constantly require you to stop what you’re doing and run over to help them. It can be a little bit frustrating, as it often just drags out levels and makes them more tedious.

Luckily, when players tire of the story mode, Hyrule Warriors gives us different options to spice things up. The biggest one is Adventure Mode, which has players uncovering a traditional, 8-bit style map piece by piece. Each square contains a different challenge, which include tasks like killing large numbers of enemies, taking on multiple bosses at once, or eliminating enemies in the correct order. Completing these challenges can net you new characters, weapons, health containers, or other things. Some rewards are specific to certain characters, and some are only unlocked by gathering up item cards from different challenges, both of which help to extend the life of this mode, as you’ll replay challenges multiple times in order to get everything. 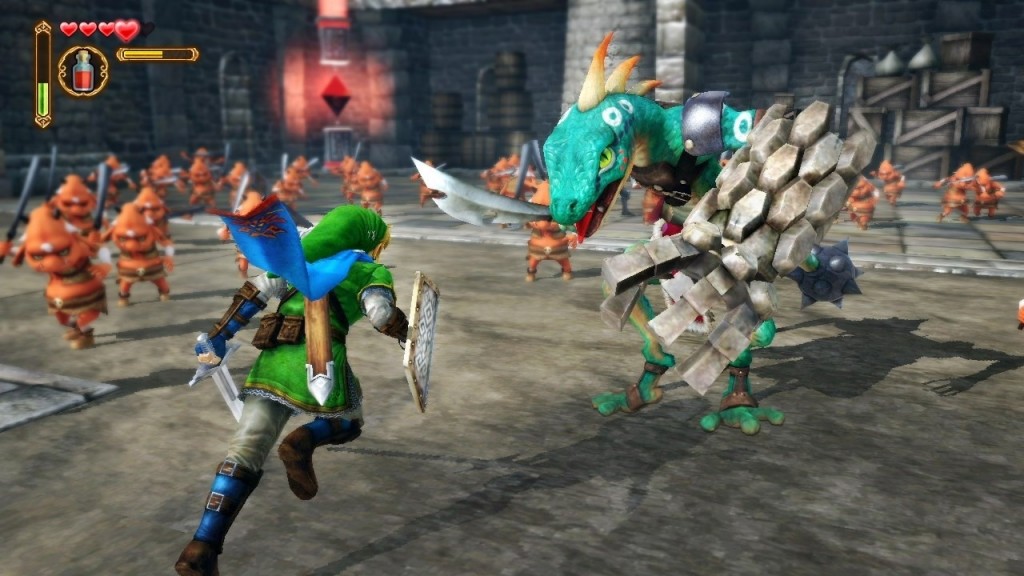 In the end, everything in Hyrule Warriors leads back to combat, and luckily this is the game’s main strength. Effortlessly cutting through entire armies is extremely cathartic and satisfying. With only two buttons to remember, its easy to pick up and use different combo strings, which allows player of all skill levels to feel like Korean Starcraft players. Of course, the simplicity of the combat system can also make things feel repetitive after the 3,000th kill, but Hyrule Warriors compensates for that by offering variety. Players will gain access to over a dozen playable characters, each of which manage to feel and play very differently. Where Darunia wanders around the battlefield, beating things to death with an enormous hammer, Shiek will strategically switch between different elements in order to boost her attacks. All of this choice adds to the player’s sense of agency as they take on enemies; chances are, if you’ve aren’t having fun killing things, you probably did it to yourself.

The presentation is another place where Hyrule Warriors shines. The character and enemy models are detailed, and watching them flip around, blasting back enemies is a lot of fun. There are also tons of little details that will appear to hardcore Zelda fans; cuccos roam the battlefields, just daring you to attack them, bombchus are now the size of cars, and at one point you’ll pull the moon down to flatten an enemy. The animation is fast and fluid., which gives the action a cinematic feel, as the camera will often shift to take ideal shots of you finishing an enemy or activating a special move. The environments, while a little sparse, provide nice backdrops for the action. The soundtrack is also stellar overall, and is filled with guitar-heavy rock remixes and original songs that do a great job of pumping you up for each new fight. 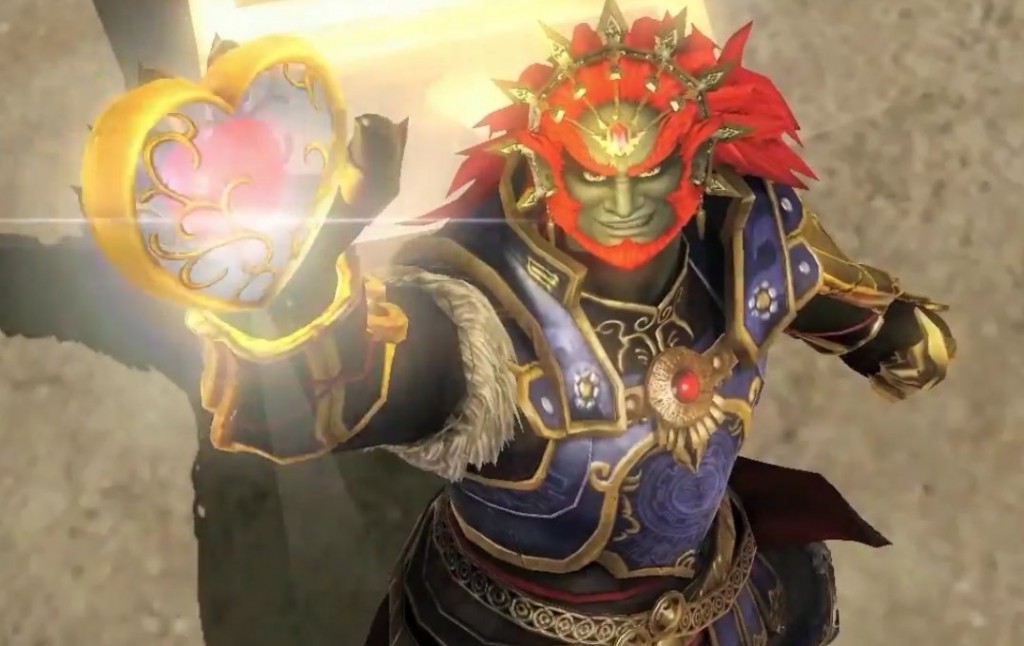 Overall, Hyrule Warriors is exactly what it appears to be: a fun, arcade-style action game that has been tailored to appeal to Zelda fans. How you feel about that sentence will probably determine your opinion on the game. I, for one, have really enjoyed the mindless combat and the chance to play as so many of the side characters from the franchise’s history. However, the game absolutely has its share of flaws: the story is incoherent and irrelevant, and the challenge level feels a bit too dependent on cat-wrangling. However, for anyone who enjoys arcade-style action, or any Zelda fans who want to see that world from a different perspective, I would recommend giving it a shot.