Can we be clear about something? Killzone: Shadow Fall is the best looking game on any
console. From my PS4 review:

You’ll marvel, be absolutely floored, at the imagery, the textures, the draw distance, the concept art, the coloration, the lighting—oh man, the lighting! And the sound: besides the music, every sound bite is meticulously assembled. Bullets whizz by with startling frequency. Explosions rip and shudder through the speakers (if you’re lucky enough to have surround sound, turn that shit up). And, despite being all sci-fi and futuristic, robot and laser sound effects are not, in fact, direct copies of Star Wars audio files, which is refreshing, to say the least. 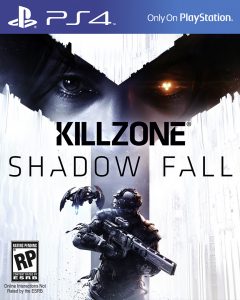 That said, it’s an empty shell of a game; like your high school’s prom queen, it’s beautiful but bland. The controls, while spot on and impressively “real” feeling, are identical to the same shooters we’ve been playing since Halo: Combat Evolved. Even worse, there are, like, six guns. I haven’t completed the plot, yet—I’m about seven hours in, or so—but, so far, I’ve encountered a sniper rifle, a mini-gun, an SMG, an SMG with a scope, an SMG with a different scope, and a shotgun.

Oh, and there’s your starting weapon, which is a weird hybridization of assault rifle and railgun. It’s cool, but—this is the worst—you cannot ever switch it out. Sucks, huh? Perhaps to compensate, most guns have some sort of secondary fire, but it’s seemingly random. The SMG will occasionally have a lower rail shotgun on it, but sometimes it’ll be a grenade launcher, and sometimes it just won’t be there at all. Haven’t figured it out yet. I would get back to you on it, but…

Now that I’m done with this game, I’m done. The plot and dialogue are – ugh. I want to just leave it at that, but Dan’s making me say a few words about it. Fine, Dan!

Killzone: Shadow Fall’s story is the worst story of all time, ever. I’m willing to bet their writing process happened in, say, two weeks? I’ll say two weeks, but only because I’m feeling generous. It seems like Guerrilla went to the nearest film school, told all of the Screenwriting majors there was a sci-fi feature writing contest with a ten-day deadline, took all of the scripts, and then pulled pages from each, at random, until they had a script. Oh, and then they gave it to Jeff in the copy room and told him to bring it to the executive producer. And then Jeff, as he is wont to do, tripped over his untied Converse—so unprofessional—on the way to the exec’s office, dropped all of the pages everywhere, and reassembled them in the worst possible order.

No joke, in the span of three levels—one of which is combat-free (boring!)—we get a humans versus not-humans conflict, a young kid, a dead father, a badass soldier rescuing the kid and subsequently training him to be a badass soldier, three plot-empty flash-forwards, a rescue mission, somewhere around eighty explosions, the older badass soldier commanding the younger badass soldier to go into space (where there’s an abandoned ship that used to be home to dubious science experiments), and, when you finally get to this Dead Space–reminiscent vessel, a virus has taken over the ship! A fucking virus!

That’s the first three hours of gameplay; the writers, whoever the hell they are—I’m not googling their names because I might end up writing a personalized, stern letter, and I’d much rather hide my criticism behind a byline—have pulled literally every single sci-fi trope. And don’t even get me started on the “My god”s, the “Get those men out of there!”s, and the “What are you gonna do, sir?”s that are painfully, oh-so-painfully, strewn throughout. To top it off, every line is delivered with such apathy that I would be surprised if the voice actors got their scripts before entering the recording booth. 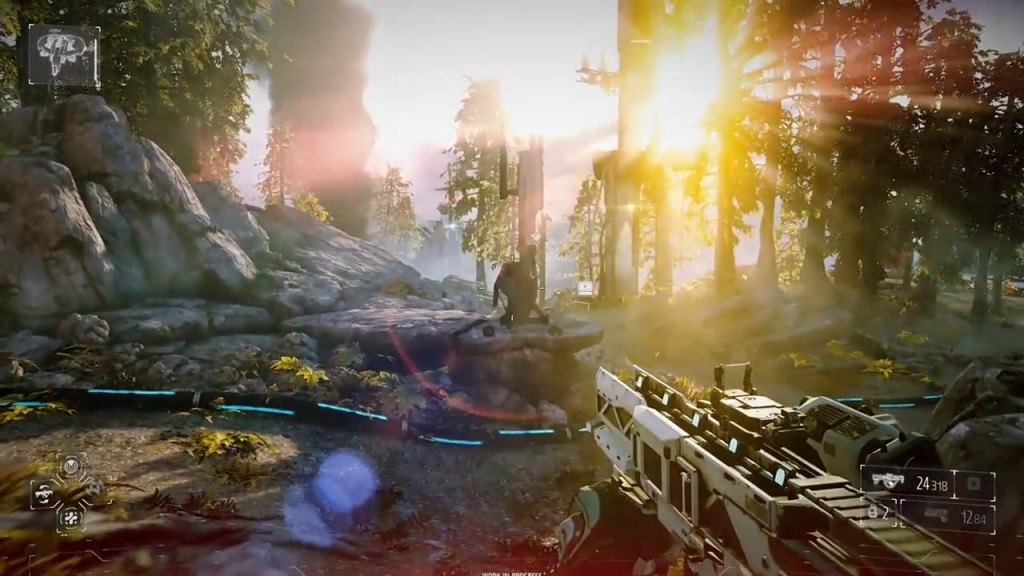 Perhaps I’m being a bit harsh. Actually, I’m not, but for the sake of fairness, I will say the ending is quite good.  Surprisingly good, in fact. After such a dismal plot, Killzone: Shadow Fall‘s intense ending comes way out of left field and just feels tacked on, even if it is amazing. I won’t spoil anything, but just know that it does, by the end, get better. Or tolerable. For a few minutes. I, for one, would’ve liked it if someone told me, “Hey. It gets better.”

Thing is, to get there, you need to play through one of the most frustrating moments in gaming. It’s an infuriating—back in the day, the kids called this “cheap,” right?—entirely on-rails, shooter/escort mission. Remember 2007? Well, it’s back. And I’m not happy about it. For the most part, the game is balanced pretty well. You’ll die few times, respawn with a better understanding of the map, and kick a whole lot of ass. This part? I died, like, 87 times.

If there’s a section that you find exceptionally difficult, remember one thing: OWL. Not a literal owl, mind you, but a weird robotic backpack thing. It’s easy to forget, but it can help in any situation—except for the aforementioned infuriating one. OWL can raise a bulletproof shield; turn into a traveling, heat-seeking, machine-gun turret; become a cybernetic badass, shocking enemies and hacking terminals; or—and this is the literal best—turn into a zip-line. Yeah. You have a zip-line with you at all times. Remember how awesome the zip-lines were in Constantinople from Assassin’s Creed: Revelations? This is like that, times…infinity.

OWL functions off the touchpad in the center of the DualShock 4. You can swipe in one of four directions to select the OWL’s power. When you want to use that power, hit L1. It’s an interesting idea, kind of—but, in practice, fails a lot. Your thumbs will inevitably swipe the touchpad without you knowing. You’ll be in the middle of a firefight, pinned down. You’ll jump out all brave and stuff, knowing you can call up a shield. You’ll call that shield and, whoop, you’ve shocked one dude, two, if you’re lucky. Then, as enemy projectiles shred your stupefied corpse with bullets, you’ll shout angry things at the screen like, “Goddammit, Hedwig!” or, “Go back to Ga’hoole, you tool!”

Guys. This is next-gen gaming. The bar should be raised in every way. Killzone raises it in, like, one way. Maybe. It’s just prettier, is all. The gameplay is uninventive; the one cool gimmick is iffy, at best; and the story is, in almost every facet, atrocious. I get that this is a new console, and maybe developers haven’t had enough time to iron out the wrinkles in the system, but this is inexcusable.

Either way, it’s beautiful—go play it!