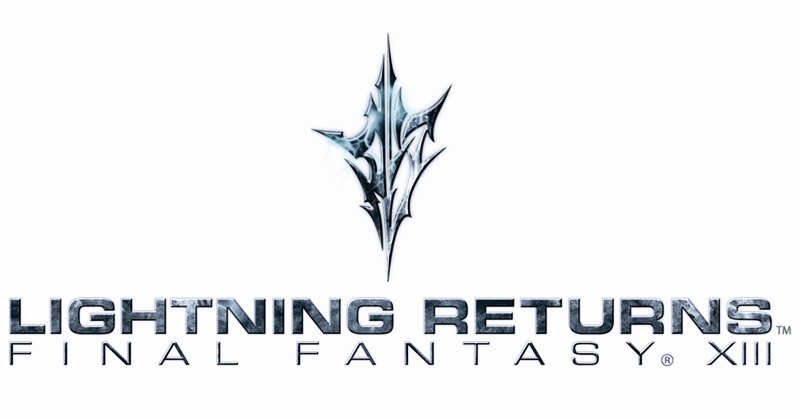 After taking most of Final Fantasy XIII-2 off, Lightning returns once more in the final installment of the trilogy. The series has received mixed reviews by the public at large, but our first two reviews were generally positive on the back of interesting characters, intriguing story and beautiful graphics. So, how does Lightning Returns stack up? Can Lightning strike thrice?

If you haven’t played the first two games of the series, the story of Lightning Returns will make little to no sense, and sadly, if you have, you’ll see that it’s the weakest of the trilogy by far. After working for the goddess Etro in Final Fantasy XIII-2, Lightning now finds herself in the employ of the god Bhunivelze. The forces of Chaos are consuming the world, and Bhunivelze, God of Light, is creating a new one where everyone can escape to. He has woken Lightning from her long slumber to stave off the world just a few more days to maximize the number of people who can be saved and brought to this new kingdom. By fulfilling the dreams of the populace and effectively saving their souls, Lightning–now dubbed The Savior–in return receives their Eradia, a spectral life force. By transferring the Eradia to Yggdrasil, the Tree of Life, she can extend the world for a few more days, with the final goal being (surprise!) 13 days total. In return for giving Bhunivelze 13 days, he has promised to reunite Lightning with her sister Serah–protagonist from XIII-2. 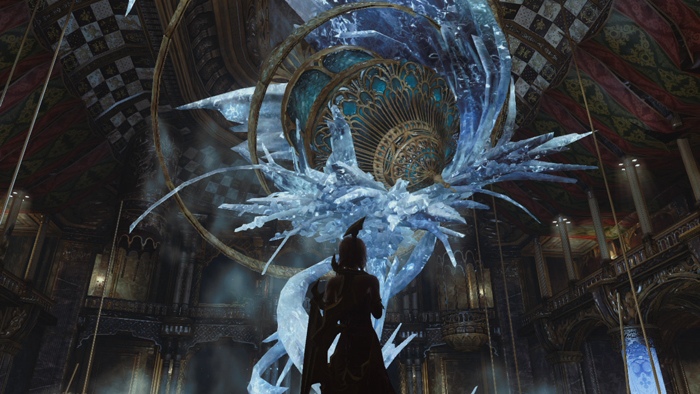 As you play through the story and complete the side quests, you’ll run across pretty much every familiar face from the first two games in some fashion, though none of them are quite the same as you might remember, except for Fang who is just as much of a badass. You’ll find yourself crossing swords with some or teamed up with others, while the remainder just serve as pawns to further the story. The result is a strange and sometimes confusing religious mixed-metaphor that leans heavily on a blend of Judeo-Christian and Norse ideologies, with Lightning playing some mixture of the roles of Jesus and the Valkyries.

Lightning begins each of her 13 days with Hope Estheim, on the Ark that he built in Final Fantasy XIII-2. Hope serves as her earthly guide, reminding her what her current story goal is and keeping tabs on what time it is. You see, Lightning Returns gameplay relies on an in-game clock, with Lightning starting each day at 6 a.m. and returning to the Ark when the clock strikes 6 a.m. again. Certain events and enemies are tied to certain times of day, and at first, planning out this schedule feels like an essential part of the game, but once you get a handle on Lightning’s new Chronostasis ability, which stops time for a short period, any urgency you feel will go right out the window. Outside the Ark, the story takes place in four main areas, each with their own story arc. The game is set up such that you can make it through the main story without Chronostasis, but if you learn how to abuse the system, you’ll be getting done with everything in the first four to five days. This leaves you seven days to do all the little side quests, as you can’t actually finish the game until you reach the final day. 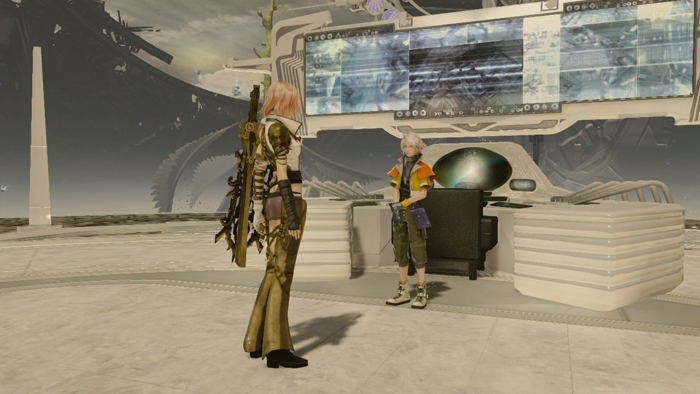 The result is both tedious and frustrating, as most of the side quests are either of the fetch-quest or monster-killing variety, so you spend a lot of time just running around in circles getting things done. However, some of the sidequests actually have a bit of substance to them and are used effectively to make Lightning think about herself, the world and her mission. Unfortunately, these side stories are often more intriguing than whatever is going on in the main storyline at the time. Along with the story benefit, you’ll also get stat boosts from completing these quests (in lieu of a leveling system), so doing at least some of the sidework is required to make your life easier. One neat side effect of the monster-killing quests, though, is that you can, in fact, exterminate most of the monsters. By killing off enough of each enemy, you will eventually come across the Last One of the species, denoted by an Ω, and killing it will eradicate the species once and for all. You’re rewarded with some equipment for this and killing a few of the last ones are quests in and of themselves. Once you finish off one monster, though, other monsters in that area show up more often, and monsters from surrounding areas will begin to show up a little. This is a really neat mechanic that I would love to see more of in other games.

The battles themselves are not terribly well-balanced, as you’ll swing wildly between extremely easy miniflans and goblins to monstrous earth eaters and back again from fight to fight. While the easy fights are always easy (and playing on Easy Mode will make things even easier as Lightning recovers HP after each battle), the hard fights can become nigh impossible if you don’t have the right equipment and skill sets. Lightning can set up 3 active “schema” which combine clothes, weapons, armor, and skills. Up to four skills can be equipped on each schema–physical attacks, magic spells, status ailments and even the ability to defend–with each mapped to one of the four action buttons. You can (and pretty much have to) switch between the schema in the midst of each fight, but if you’re up against an earth eater and can’t hit their weak points or cause them to stagger, be prepared to do about 1000 damage per hit to a monster with about half-a-million HP. Tedious doesn’t begin to describe those fights; luckily you can run from them, but it will progress the in-game clock by one hour every time you escape. 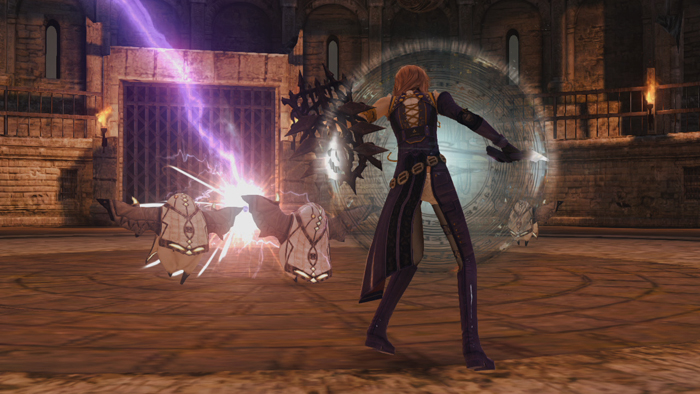 Graphics were one of the highlights of the previous Final Fantasy XIII iterations, with beautiful landscapes filling the screen (even if you couldn’t always walk around in them). This is perhaps the one area where the game where Lightning Returns surpasses its predecessors at times, though it’s the one area where it didn’t need to. The dungeon designs, cities, deserts and wilderness are all well laid out and also great to look at. On the other hand, the skin textures look just a little off at times, and some of Lightning’s outfits are completely ridiculous and almost serve to undermine the character development she received thus far. While some of the outfits hearken back to Final Fantasy classes of old, others are too revealing and trashy to fit the setting. The music of Lightning Returns, while good, doesn’t have any standout pieces like “The Sunleth Waterscape” was for XIII (unless you stand next to one of the musicians in town playing pieces from old games), but none of these original pieces are bad either. Lightning’s voice acting comes off a little flat at times, even for a character who is supposed to have such suppressed emotions. Other characters suffer at times, too, due to some awkward dialogue choices, but the overall voice work is solid.

In the end, Lightning Returns: Final Fantasy XIII feels like it is somehow worse than the sum of its parts, which is unfortunate for a game that was intended to put a nice ribbon on the trilogy. If you’re already invested in the series, playing through it will give you some resolution, though you might be better off letting your imagination run wild.