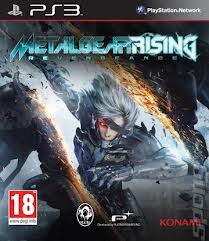 Metal Gear Rising: Revengeance is a gamble, to say the least. Despite being backed by Hideo Kojima and developed by the folks at Platinum Games who gave us the excellent Vanquish and Bayonetta, MGR takes a radical shift, shunning previous Metal Gear titles’ stealth and open-ended roots in favour of a more linear, action-heavy outing. Naturally, it attracted its fair share of controversy and fan hate. But does Konami’s gamble pay off? Read on to find out.

MGR focuses on the cyborg ninja Raiden, with its storyline set after the events of Metal Gear Solid: Guns of the Patriots. While on a mission to guard the African President, Raiden gets critically wounded, losing his arm and barely making it out alive no thanks to a Private Military Company (PMC) called Desperado. But he comes back, stronger and with more badass enhancements to take down Desperado and avenge the death of the President.

The story in MGR is, to a large extent, well told employing the series’ trademark lengthy cutscenes. It often delves into darker topics such as child trafficking, organ harvesting and so on, while simultaneously continuing Raiden’s tale of vengeance. It effectively mixes politics, crime and moral rights and wrongs to drive the action-packed campaign. The game contains numerous nods to the previous entries, but not so much as to completely perplex someone new to the universe of Metal Gear.

But the story is not the main reason you’ll want to play through the campaign, it’s the exhilarating and excellent gameplay. The game has your traditional light and heavy sword attacks. Attacking enemies fills your energy bar, and once it’s fully charged, you are able to activate the Blade Mode. Basically it lets you control your blade in full 360 degrees, giving you complete control as to how you want to carve up your foes. Heads, torsos, arms and legs are all fair game as you unleash deadly blade strikes that enable you to chop up people into numerous pieces. Once you hit an enemy’s designated critical point, you can perform ‘Zandatsu’ which basically lets you reach in and pull out their spinal cord-like energy cells that instantly refill your health and energy. It is brutal, and completely gratifying.

Blade mode is a clever addition to the combat providing a new dimension to the otherwise standard hack-and-slash routine. What’s surprising though is that there is no dedicated button to dodge or even perform a block or parry. Instead, you have to push the analog stick forward and press the light attack button (on the PS3) to perform a sort of offensive block, which takes a lot of time getting used to as it requires extremely precise timing.

There are some other tools at your disposal as well, including grenades, rocket launchers, EMPs and some tactical tools to hide (cardboard boxes!) or distract enemies, like the 3D photo frames that project an image. These tools, however, are encumbered by the time it takes to deploy them. Bringing up the throwing arc lets you take only a few steps until you throw the item, and that completely breaks the flow of the combat during the heat of the battle.

The AR Mode is a feature which lets you see through walls, highlight enemies and points of interest, akin to Batman: Arkham Asylum’s detective mode. Then there is Ninja Run, which lets you run at a ridiculously high speed, while also letting you automatically dodge barriers, climb over obstacles, and jump up to ledges and so on. This is one of the most useful features of the combat, and I found myself using it a lot more than the awkward two-button combo to dodge in order to evade enemy attacks. Last but not the least is the Ripper Mode, which can be activated when your energy bar is full. It lets you dish out insane amounts of damage with each attack, but it depletes your energy pretty quickly, so using it carefully, especially when surrounded by a large number of foes, is essential.

There are a lot of enemy types in MGR, ranging from the common Desperado thugs to the tougher and harder cyborgs which become a part of the regular enemy lineup as the campaign progresses. You’ll find yourself using different attack patterns and tools for different enemies as mindless button mashing can get you killed really quickly. The boss fights are a highlight in MGR. Each boss fight is cleverly designed and requires quite a bit of thinking. The final boss fight is an exception though, as it drags on and on, and is more frustrating than challenging, making it hard to see the campaign to completion.

Completing each boss fights awards you that boss’ signature weapon which can then be customized, along with your primary sword, and equipped for heavy attacks. Raiden can also be customized, fitting him with new moves, improved attributes and even having him don new garbs. Fighting gargantuan robots in a Serape and Sombrero is as awesome as it sounds.

MGR holds up really well when it comes to the technical department. While not exactly eye-popping in its visuals, it still delivers crisp, consistently impressive textures and environments, considering the blistering fast rate at which the magnificent set-pieces unfold. The character models, however, are bland and unimpressive barring Raiden himself.

The next best thing about MGR after the superbly designed combat is its unrelentingly heavy soundtrack. All the battles are accompanied with an original heavy metal track. These tracks are fast and give you an adrenaline rush each time you head into a battle. They also perfectly encapsulate the overall speed at which the numerous fights as well as the game itself progresses, making MGR a complete winner in this respect.

With the campaign clocking in at 7-8 hours, Revengeance is the perfect length for an action game. The combat is bloody, violent and blisteringly fast, perfectly captured by the high frame rate and the heavy metal soundtrack, and only impeded by a poor design choice with the handling of the tools and a rather disappointing finale. Overall though, this game deserves to be played for its sheer scale and the rollicking ride it delivers in its excellently paced campaign.