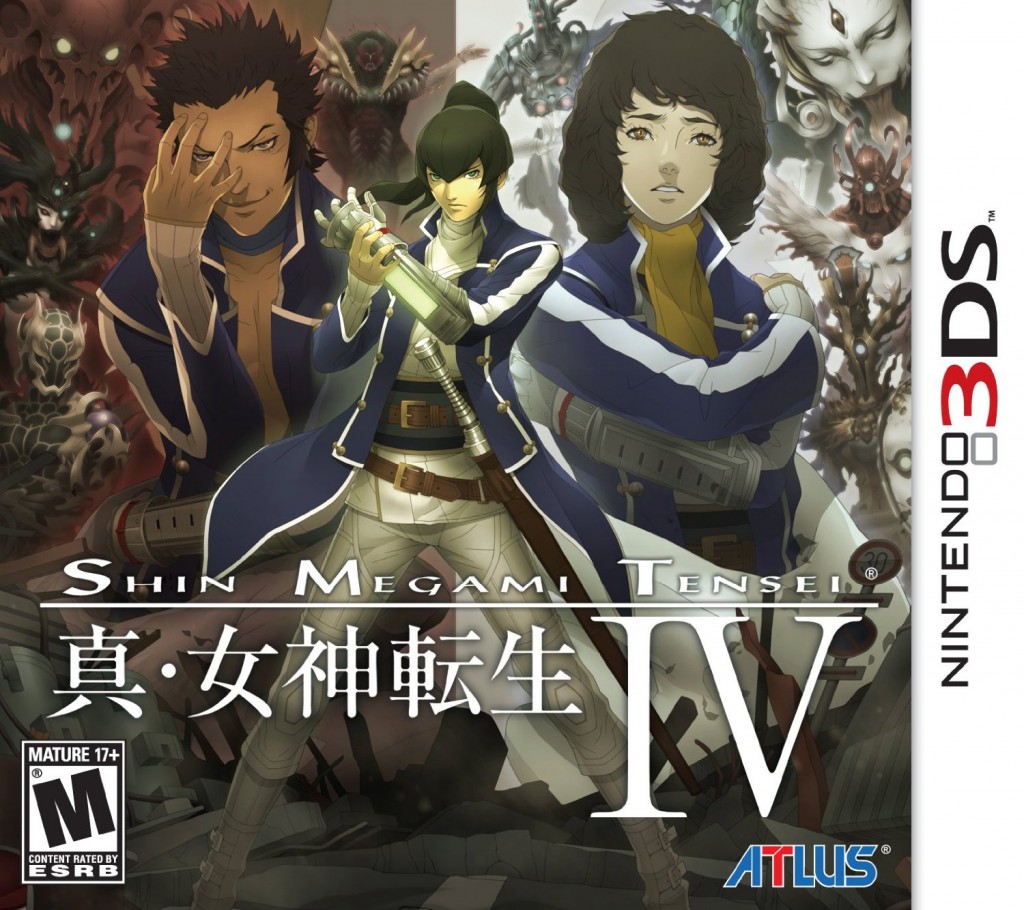 The Megami Tensei franchise has been around since 1987 on the original Famicom. However, for many years the series has been fairly niche outside of Japan, especially compared to more popular franchises like Final Fantasy, Dragon Quest, Breath of Fire, or Lunar. It wasn’t until the Playstation 2 that any of the games attained widespread popularity. Most people are familiar with the Persona games, but those are simply spinoffs to the main Shin Megami Tensei series, which hasn’t seen a new entry since Nocturne in 2004. That is, until Atlus released Shin Megami Tensei IV earlier this year for the Nintendo 3DS. When the game was first announced, the decision to release it on a handheld was a bit controversial. Fans of the series were worried that it wouldn’t be able to live up to its predecessors. Well, I’m happy to tell you that not only is SMT IV a good game for the series, its a great RPG, and probably the best on the 3DS right now.

Shin Megami Tensei IV begins in the Eastern Kingdom of Mikado, a peaceful land that has the appearance, technology, and social structure of the European Middle Ages. As is standard for the franchise, players take on the role of a blank slate character who has no pre-determined personality or opinions. As is customary in Mikado, once a year there is a “Gauntlet Ceremony” in which eligible men and women are chosen to become Samurai. Upon passing the rite, the protagonist learns that the true role of the Samurai is to fight off demons that spawn from an underground cavern called Naraku. When a mysterious “Black Samurai” begins turning the uneducated peasants into demons, you and your allies are called upon to stop it, once and for all. As they descend deeper and deeper into the rabbit hole (both figuratively and literally), the party will discover many more secrets, have encounters with devils and angels alike, and possibly even shaped the course of the entire world. 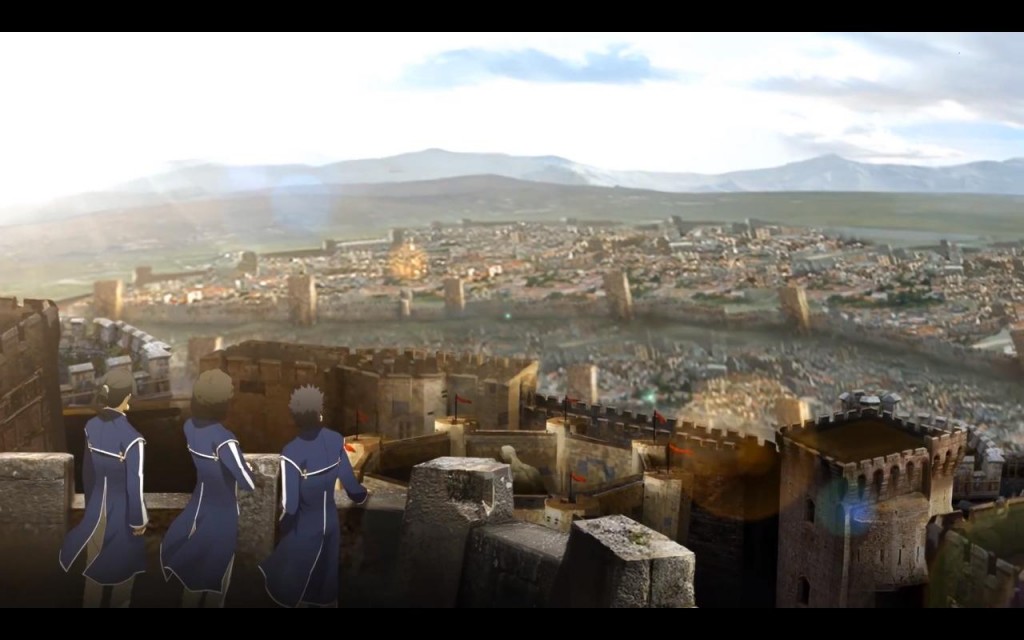 Similarly to previous games in the Shin Megami Tensei series, the players will have to keep their alignment in mind. At different points on your journey, you will be asked to make decisions; aside from a few major plot points, these can include how you interact with NPC’s and what quests you undertake. These choices will impact your alignment, pushing you toward Law, Chaos, or Neutrality, which corresponds to each of the three potential endings that can be obtained. Your party of allies begins their mission united together, but as the game’s twists and turns reveal themselves, the group becomes conflicted, and certain characters are drawn toward different alignments. I must admit that, at the start of the game, I didn’t really care for any of my party members; they all seemed very predictable and generic. However, the events of the story reveal their true personalities, desires, and goals, which made me care about them much more than I was expecting. Likewise, the opening chapter of the game is a bit dull, but the story quickly becomes more interesting as you discover new locations and see the forces at work, hitting its high points as things gear up for the ultimate showdown. One complaint that I do have is the lack of indication as to my alignment. While the player’s alignment does change the dialogue with some characters, it is not very clear how much each decision you make is affecting you. During my playthrough, I was striving to receive the Neutral ending, but was forced down the Law path after I overcompensated for what I thought was my Chaotic alignment. While this does make the story feel more organic and reactive, it was a little annoying to find out that I was already past the point of no return.

Graphically, Shin Megami Tensei IV is a very busy game, with many different styles at play. Depending on the location, players will interact with the world very differently: as a series of menus, a zoomed-out overworld map, or as full three dimension locations. While functionally different, the overall style and art direction keeps things feeling coherent and united. The 3-D locations are especially well-realized, with an attention to detail that help to tell the story without needing overly long exposition. These areas also give players a chance to see their avatar, which they can customize by buying different sets of armor (a feature I always appreciate in a game). Additional camera angles, which switch between first person or an over-the-shoulder view, are also a nice touch. In battle, things are a bit more old-school, as it switches to a 2-D perspective that will be familiar to fans of older Dragon Quest and Earthbound titles. Here, the star of the show is the demon design. Pulling from the enormous pantheon of gods, demons, heroes, and creatures from myths and legends all over the world, Atlus has done an impressive job of putting their own flair into these depictions. Fans of SMT will have seen a few of these designs before, but many are all new, with some very cool-looking boss monsters topping the list. Rounding out the optical experience are a handful of cutscenes, which tend to be composed of static drawings animated in a graphic novel style. While not terribly impressive, they serve their purpose, and are usually brief and to the point. 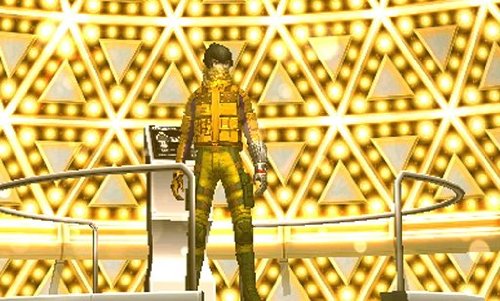 Aurally, the game is a mixed bag. Much of the music is very grandiose, full of church bells, choirs, and otherworldly sound effects that help to convey the mysterious nature of many of the areas. More  “normal” areas, such as towns, are given more techno-ish music, which gives off a more relaxing, futuristic vibe. As is to be expected from a game from this franchise, the battle themes are all fast paced rock-n-roll, with plenty of guitar shredding to keep players pumped up. The voice work, while a first for the main Shin Megami Tensei series,  isn’t quite as impressive. The main cast is  likable enough, with the voice of Walter being the highlight, in my opinion. However, the supporting cast range from inoffensive to downright annoying. It works out to a audio package that won’t make you mute the game, but won’t stick around with you after the fact, either.

In order to properly break up the action for a portable experience, Shin Megami Tensei IV is organized into missions. For the main story arc, these missions will serve as a constant reminder as to your goals and destination, and will update as the quest continues. Players are also given the option of participating in various side missions, which typically involve killing x number of monster y or finding and delivering certain rare objects. The former is usually more straight forward, as oftentimes the demon you are searching for will be colored red when you encounter them in a dungeon, removing a lot of the tedium.  The delivery missions tend to be more confusing, as you are often given little to no direction as to where to locate the item in question.

The meat of this game, however, lies in the combat. There are a couple of things that set a Shin Megami Tensei game’s combat apart from that of other RPG’s. First, unlike in many similar series, status effects play a crucial part of strategy, and often times work on even high level foes; on several occasions, I was able to defeat difficult bosses only because I made proper use of poison or stat-weakening abilities. In addition to status effects, SMT IV puts a lot of emphasis on taking advantage of the elemental strengths and weakness of both your team and your enemies. This is essential, as the extra turns earned or lost can be the difference between life and death. More than once, my decision to leave a battle on auto while traveling through a lower-level area end with my party getting wiped out.  The other unique feature SMT has going for it is demon conversations. Unlike Pokémon, Dragon Quest Monsters, or even the Persona titles, the main way for players to gain new allies is by convincing their enemies to join them. Often, this will require giving gifts and saying things you think the demon would like to hear. However, none of the monsters have a bullet-proof strategy; saying the same thing to two different Pixies will result in two completely different outcomes. This makes every new ally recruited feel substantial and monumental. 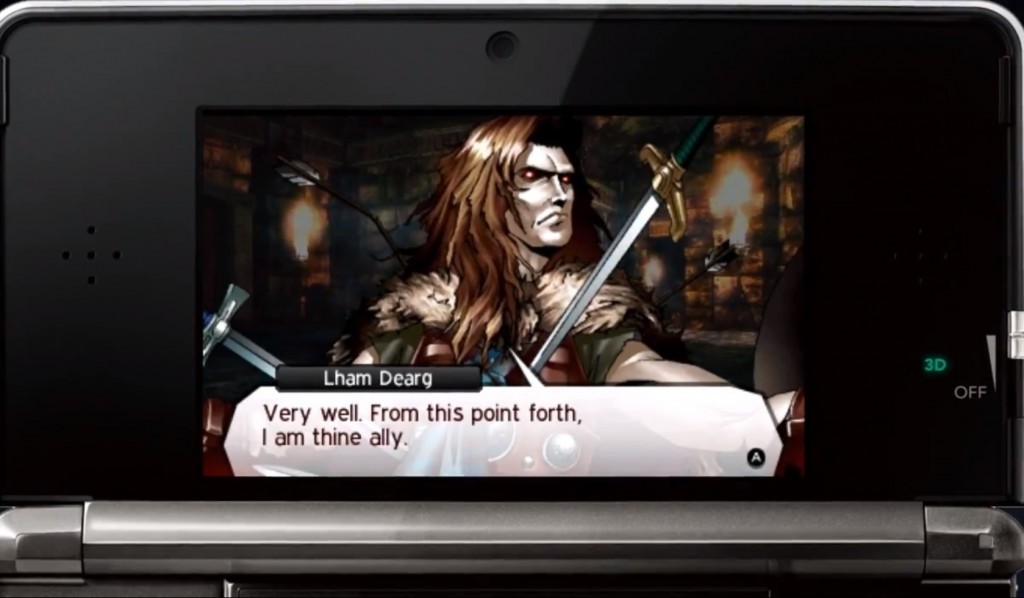 There are a few things that make SMT IV unique from other titles in the franchise, most of which concern the playability of the game. Most importantly, players can now save whenever they’d like. For anyone who lots hours of progress after being wiped out one floor from a warp zone in Persona 3 or 4 will understand how much of a game changer it is. Even for those who forget to save for a while, death in the game takes you to Charon, the ferryman of the river Styx, who will revive you in exchange for money or play coins. These two features combine to make the game much less frustrating and infuriating. Similarly, players can now also fuse demons together anywhere, thereby removing the mandatory need to head back to base before progress can be made. In addition, much less time is spent fusing your creatures together, as you can also select from the available skills of the new monster’s parents in order to craft the ultimate ally. As players increase in level, they’ll also unlock App Points, which can be used for a multitude of passive skills, such as additional skill slots or MP regeneration. Overall, these adjustments add up to the most polished and user-friendly Shin Megami Tensei game ever. Which is fortunate, since the franchise’s notorious difficulty is in full swing here. Bosses are extremely powerful, and properly picking your party members is essential to not being wiped out quickly. Occasionally, though mostly at the beginning of the game, I found it necessary to grind a bit to be able to use more powerful demons. Thankfully, these moments were brief and far between, and a plethora of optional side quests kept leveling up from being too unbearable. Altogether, the game manages to strike a good balance of challenge and rewarding, although masochists can always increase the difficulty setting at any point in the game.

Shin Megami Tensei IV is one of the most impressive handheld RPG’s I’ve ever played, and a worthy addition to the series. The story, while minimalist, grows on you the further along you go, and the art direction and graphics manage to create an interesting, unique setting to explore. The streamlined gameplay is very much appreciated, as it smooths out the flow of the game by eliminating many of the headaches that plagued older titles. The audio, while a bit forgettable, does an adequate job of enhancing the locations and events of the game. All in all, SMT IV just has a ton of content waiting to be discovered, and is definitely a game that fans of RPG’s should check out.