What would you do if you could go back in time? Some people might try to go back and stop Hitler, others might want to meet Leonardo da Vinci. In Imageepoch’s Time and Eternity, the characters use their time-traveling abilities so that they can just have a nice, peaceful wedding.

The story of Time and Eternity focuses on Zack, a knight of Kamza; Princess Toki, his fiancée; and Towa, the other soul that just so happens to inhabit Toki’s body. The catch is, Zack does not know about Towa’s existence until after their wedding… or is that six months beforehand? You see, at their wedding, just at the ceremony’s culmination, assassins attack and mortally wound Zack. Toki uses her family’s hereditary time magic to go six months into the past and stop the attack from occurring, but her actions end up putting several other plans in motion. The result is that Toki/Towa and Zack end up having to repeatedly go back in time to stop their wedding from being interrupted, and this forms the crux of the story. 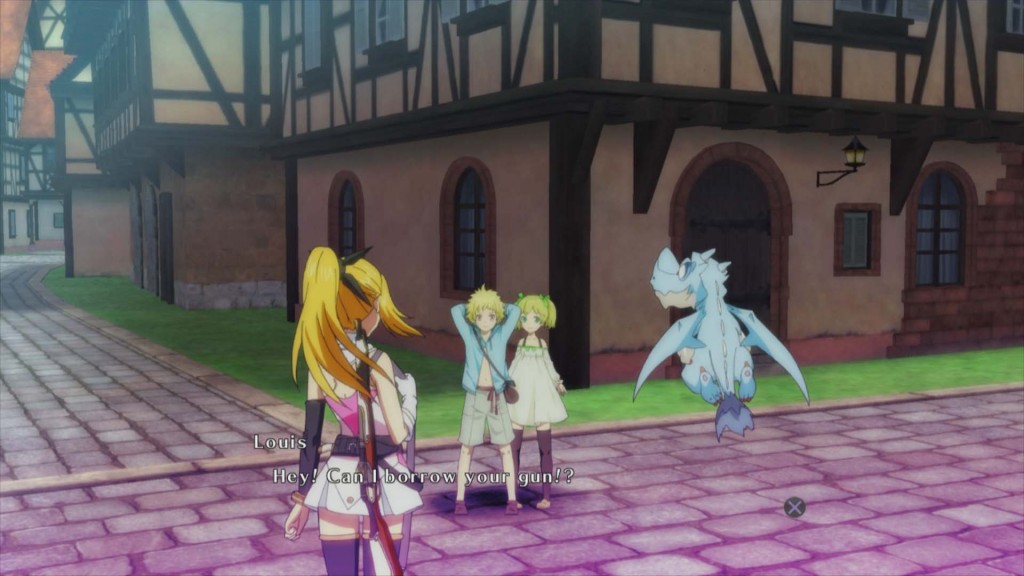 In Time and Eternity, you take on the role of Zack during dialogue sequences, but control Toki and Towa during battle. As a result, you never have the chance to immerse yourself in a single character. The constant character swapping between Toki and Towa does not help with this either, as you will change between each of the female leads with every level up. This has some mild implications for story dialogue, but it carries much more weight in battle.

The rather unique battle system pits Toki or Towa (with the help of her AI-controlled pet Drake, which contains Zack’s soul) against a single enemy at a time, but each battle can include a succession of several enemies in a row. Battles are dynamic and Toki/Towa can attack from a distance or run up for close combat, as well as guard or dodge from side to side to avoid attacks. While this system is more interactive and theoretically more enjoyable than old-school turn-based combat, many of the battles come down to figuring out the pattern of enemy attacks and learning where to squeeze in your counters. Toki and Towa eventually begin to learn a series of time-based attacks that allow you to reverse time in battle for a few seconds, speed up your attacks, etc., which provides a little more variety for battles, but these skills can only be used a few times before having to return home and recharge them. 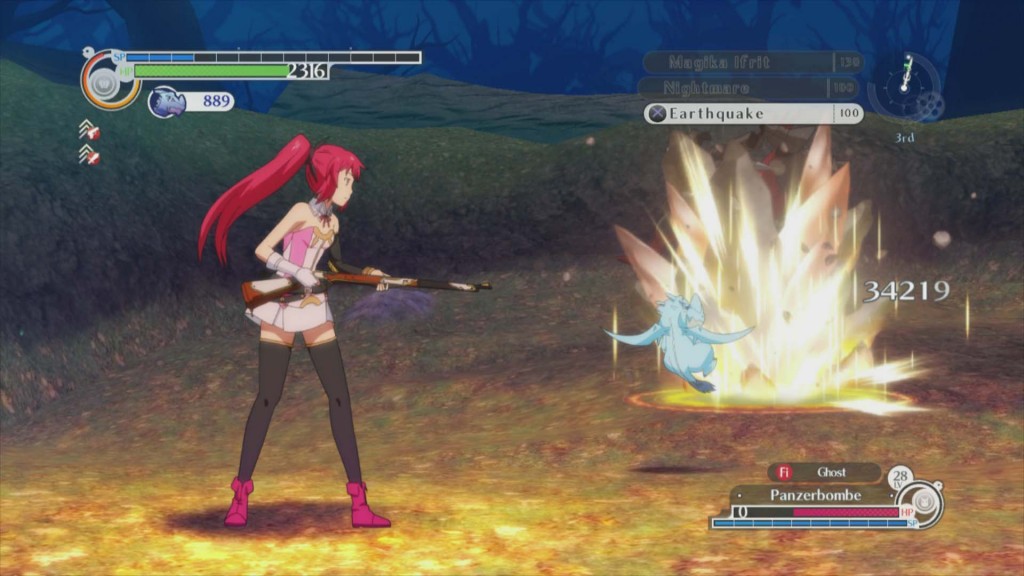 In battle, Toki and Towa have different specialties (melee vs. ranged) and have different elemental spells throughout much of the game. As a result, you might find yourself fighting against fire-weak enemies but only have Towa’s earth and lightning skills available while Toki sits on the sidelines with her fire spells. While there are items which can force the two to change places, they are relatively sparse, so instead, you’re better off fighting conservatively with the other character.

Outside of battle, you’ll traverse dungeons and fields to complete quests and open new areas. The game gives you a fully fleshed out map when you enter, complete with treasure chest locations, quest events and memory sites where Zack and Toki/Towa can interact for game CGs. While helpful, this takes away some of the adventurous feel of the game, as there’s not a major reason to explore if you know where everything is already.

The dialogue that occurs at the memory sites, along with much of the other dialogue in the game toes the line between parody and just being poorly written. Unfortunately, it is truly hard to distinguish at times due to some poor voice acting. The opening scene’s acting features some of the flattest deliveries I’ve heard in some time. The voice acting gets better at times, but just when you think it may be on the mend, there seems to be another poor delivery just around the corner. Couple this with the fact that Zack constantly comes off as lecherous without much more to offer, and you get one of the least likable protagonists since Crais from Mimana Iyar Chronicles. Toki and Towa are much more likeable as characters, and their voice acting is marginally better, but her (their?) friends all seem man-crazy, making most interactions in the game rather irritating to sit through. 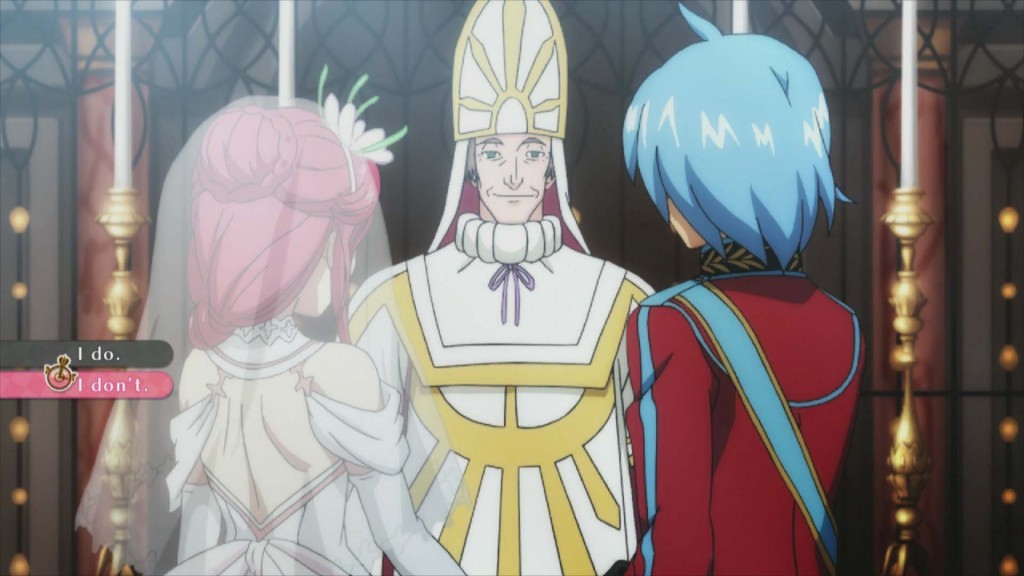 For the graphics, Imageepoch enlisted the help of animation studio Satelite (Heat Guy J, Shugo Chara!) to create a unique visual style for the game. The backgrounds and environments are all CG productions, while the characters are brought to life through hand-drawn animation and overlaid on top of the scene. While some may find the distinct difference in styles jarring, it does create an interesting visual effect that in some ways reminded me of playing Dragon’s Lair. The big problem with the hand-drawn sprites is that there are simply not enough frames to create smooth animation during some of the character movements, so as Toki/Towa runs around in the game, her movements are a little stilted. Toki and Towa are also just a palette swap of each other and use the same animation sequences, even though they have distinct personalities and reactions to situations, so occasionally, you get a movement or reaction that doesn’t really fit the character that well.

With a bigger budget and a little more time, Time and Eternity could have become a great game. Unfortunately, a lot of the potential was squandered; however, I hope that the production team uses this as a learning experience to create a better game in the future rather than abandoning their work entirely.