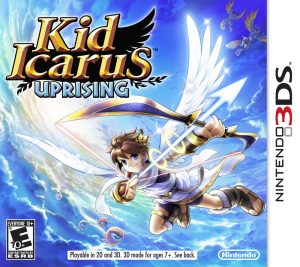 Nintendo of America, in partnership with GameStop, will be hosting a Kid Icarus: Uprising Multiplayer Tournament to build up hype for the March 23 launch.  The tournament will start on March 8 and will end with a national championship event in New York on March 23.  The final round will be in the GameStop store at Broadway and 84th Street.  Even if your not participating in the event,  Kid Icarus: Uprising will be on sale during the tournament.

The tournament locations will be:

Now they were not explicit on which stores in those areas will be the host, or if multiple stores will host.   So you may have to just call your local store to find out if they will be hosting.

Winners from each of the four markets will be eligible to win prizes including an all-expenses-paid trip to New York to participate in the national championship and a variety of exclusive Kid Icarus-themed items.