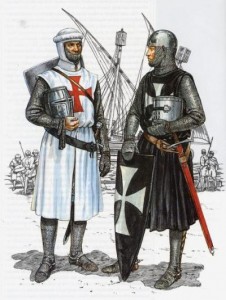 Had no Idea the Knights Templar still existed outside of conspiracy theory books. Apparently they still exist as Ordo Supremus Militaris Templi Hierosolymitani Grand Priory of Germany eV (official title). They are calling for the government to “ban the manufacture and distribution of computer games with negative content.”

What exactly is Negative content? GTA IV and Resident Evil are apparently on the list. Which tells me what their doing is trying to use their political thesaurus to get around saying they want a ban on M-Rated games (PEGI 18 for most of Europe).

They then go on to blame these games for a negative impact on the nations youth (“Think of the children argument!”) but give the positive note that these games are made by foreign companies so if they are banned it will be a boon for local developers. Essentially a call for censorship and protectionism.

The last time a ban was proposed the government decided to go with a public education program of the PEGI rating system. Let’s hope they choose to reject censorship again.